This week, Nus Ghani met with Emma Brice, the District Police Commander of Sussex Police covering Wealden, to discuss her concerns with crime across Wealden. 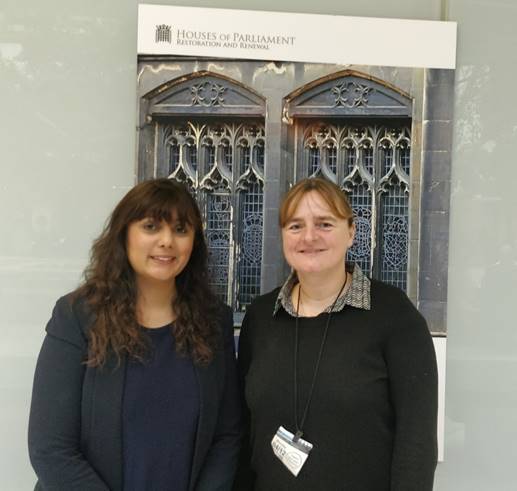 The issue of crimes, specifically, targeting elderly and vulnerable people is something that Nus has raised repeatedly in Parliament.  As former Chair of the All-Party Parliamentary Group (APPG) on Ageing and Older People, she launched a unique consultation, in conjunction with the Sussex Police, on crime and community safety with respect to elderly people.  As a member of the Home Affairs Select Committee, Nus called on the Government to prioritise elder abuse alongside child abuse.

However, increasingly crime is online and centred around fraud and scams.  Sussex Police produce a “Little Book of Big Scams”, designed to make people aware of the many types of scams that fraudsters use to con them out of their money.  Sussex Police are actively working to increase awareness of internet crime, and Nus is committed to supporting them in their goal through her work assisting constituents at surgeries and across Wealden.

Nus has also long campaigned on the prevention of sexual abuse and domestic violence, including as a former office on the APPG on Domestic Violence, and raised these concerns again with Sussex Police, to talk about what they are doing across Wealden to stamp out these horrific crimes.

Nus also received assurances that recent high profile cases, such as the chemicals at the Bellbrook Industrial Estate in Uckfield have been dealt with, and that while concerns are understandable, the relevant authorities responded timely and efficiently.

Sussex Police play a vital role in our communities across Wealden, and was good to meet with Emma Brice to discuss the concerns of my constituents.

Crime is naturally one of the issues I am most contacted about, and so to receive assurances from the District Commander that crime remains low is very welcome.

I would continue to urge all my constituents to report any crimes they have been witness to.  Only with accurate reporting can the police allocate resources to Wealden appropriately.