Charles Hendry MP has backed a vaccination programme for badgers in Sussex, as a way controlling TB in cattle.

Last year, amid great controversy, DEFRA authorised two pilot badger culls in Gloucestershire and Somerset to tackle the spread of bovine TB (bTB).  Marksmen were employed to shoot badgers at night, with the aim of killing at least 70% of the badger population in those high risk areas.  But an independent scientific panel appointed by ministers to evaluate the pilots, has concluded they were ineffective and failed humaneness test.  More than 5% of badgers took longer than five minutes to die, and too few badgers were killed for the cull to be effective, according to the BBC.

Under DEFRAs bTB Strategy East Sussex has also been designated a High Risk area.  Wealden MP, Charles Hendry, has given his backing to a vaccination programme as a way of controlling the disease. 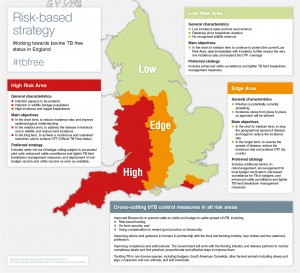 The Sussex Badger Vaccination Project, offers farmers and landowners in East Sussex the option to have badgers on their land vaccinated against bovine tuberculosis as part of efforts to eradicate the disease from this area.

They say because they are a volunteer project, they are able to offer the vaccination service at very low cost.

Charles Hendry MP, first spoke about the work of SBVP during a debate in December.

Recently Mr Hendry met two members of the SBVP core group Sue Pettifor and Kate Edmonds, at the House of Commons, afterwards he expressed his support:

The Sussex Badger Vaccination Project is an outstanding example of community engagement in one of the biggest issues faced in our rural areas.  We all want to see vaccination work, as a way of eliminating TB in badgers over time and the Project brings together trained volunteers to try and do just that.  If it can work as effectively as we all hope, it would be a transformative moment for animal welfare and I wish it every success.

Environment
2 comments on “Wealden MP in support of badger vaccination”