Yesterday evening Crowborough Town Councillors were given an opportunity to question Wealden District Council’s chief planning officer at length about the development on fields off Walshes Road.

During the meeting, Kelvin Williams, Head of Planning and Environmental Services, took great care to stress the Council has passed a “resolution to grant” the application.  This means the application has not yet technically been approved, as it is subject to section 106 planning obligations successfully being negotiated with Rydon Homes.

Councillors on the Planning and Development Committee focussed on two main issues:  Firstly, what additional traffic problems the 160 home development would cause on the surrounding roads, mainly Western Road.  And secondly, whether the adjacent recreational area, will now enable other development in Crowborough to get approval.  Very little time was given to the pros and cons of building the homes themselves. 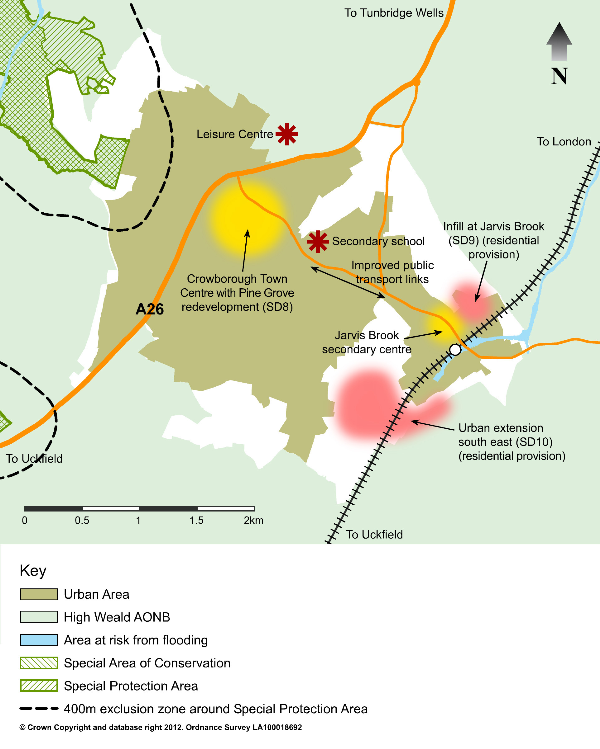 Mr Williams said the Highways authority believed the development didn’t breach the ‘severe test’ and congestion isn’t a highways safety issue.  Without an objection from the Highways authority, he said if Wealden had refused Rydon’s application, it was unlikely they would have been able to sustain an appeal.

Development should only be prevented or refused on transport grounds where the residual cumulative impacts of development are severe.

It is an allocated site which has been through several stages of scrutiny, with a lot of agreement by elected members.

As the Highways authority had not objected to either the Core Plan or the Strategic Sites, he said effectively “the train had already left the station.”

An independent Planning Inspector is currently considering whether he thinks Wealden’s Strategic Sites are ‘sound’, that is whether they are compliant with the National Planning Policy Framework and whether ‘due process’ was followed.   It was mentioned that there will be a further public hearing on Tuesday 20th January 2015, but Mr Williams said he wasn’t anticipating any issues with regards to the Crowborough area. 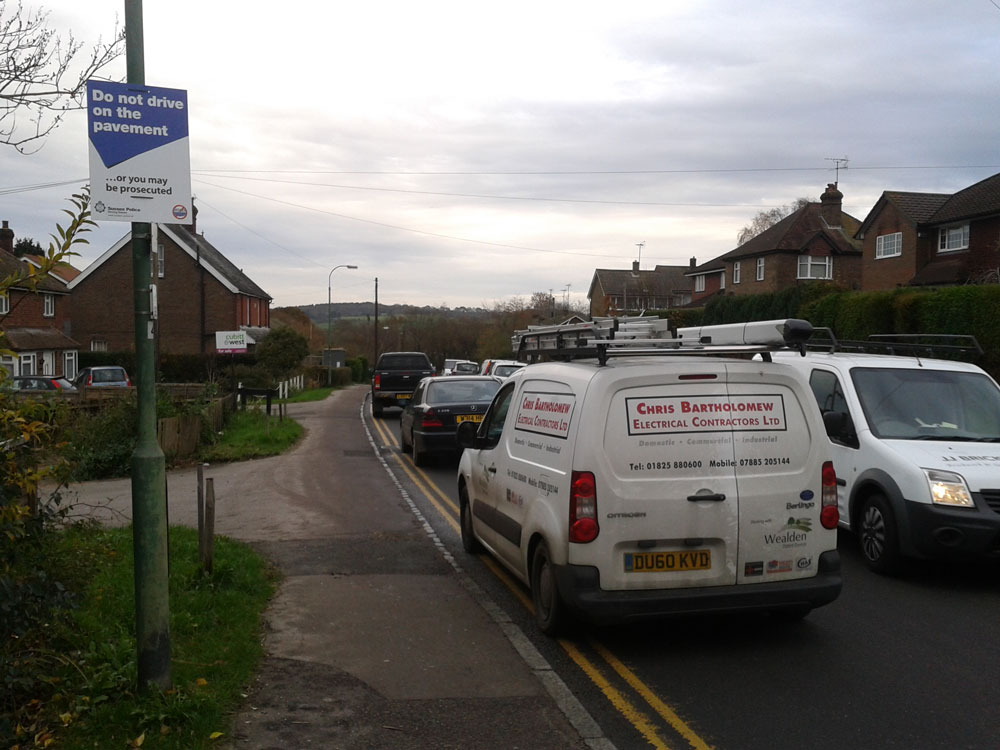 Without some challenge being made to the way Wealden made the decision on Walsh Manor Farm, or the Planning Inspector throwing-out the Strategic Sites, it seems the best the local residents can hope for is a package of measures to alleviate the problems.  An Interim Transport Study for Crowborough makes a number of proposals to improve the traffic situation such as:

HGVs going to the Millbrook

Industrial Estate are currently directed along Walshes Road and Western Road to avoid the Jarvis Brook railway bridge with its height restriction of 12’9’’.

Since the introduction of a rule which restricts development within 7km of the Ashdown Forest, most development in Crowborough has been prevented.  To divert people away from the conservation area, developers have to provide a SANGS, a Suitable Alternative Natural Green Space for residents to use. The development off Walshes Road will provide the first SANGS in Wealden. (Two others are likely to follow in Uckfield).  The 70 acres of open access space for walkers and dog owners is intended to take the recreational pressure off Ashdown Forest.

Mr Williams was asked if the SANGS would unlock future development in Crowborough.  He said as there was a “good chunk of countryside”, there was extra capacity for other development to use the SANGS, if they contributed towards the cost.  At one point during the business part of the committee meeting, he told the Councillors to expect a “flood” of planning applications and to be prepared to be very busy in the near future.

Wealden are currently doing calculations to work out how much developers would have to contribute to the SANGS (likely to be in excess of £2,000 per unit – flat or house) and how near to Walshes Road other developments would need to be, in order to be able to legitimately claim residents would travel there for a walk rather than drive to the Forest.

Councillors also challenged Mr Williams on the issue of whether Wealden had a prejudicial interested because of the pending sale of Pine Grove.  Granting of the development at Walshes Road and the associated SANGS now opens the door to re-developing their old offices in Crowborough, which otherwise would have been prevented because of measures in place to protect the Ashdown Forest.  Mr Williams said there were “Chinese walls” to prevent conflicts of interest at the Council, and routinely planning authorities across the country consider applications submitted on buildings and land they own.

The good-natured exchange between Town Councillors and Mr Williams were observed by about a dozen local residents who sat in silence during most of the discussion.  The only point the public interrupted was when Mr Williams was trying to recollect whether or not the issue of legal costs had been mentioned at the planning committee.  At that point, some residents shouted-out to remind him that Councillors had been told, that if the Council were to rejected the planning application, Rydon Homes could appeal and if they did so the Council most probably would lose and have to pay their legal costs.

If you have any comments to make, as usual you can add them below, or on the CrowboroughLife Facebook page.

Crowborough News
3 comments on “Walshes Road: Has the train left the station?”