2016 is the 50th anniversary of the twinning between Crowborough and Montargis in France. 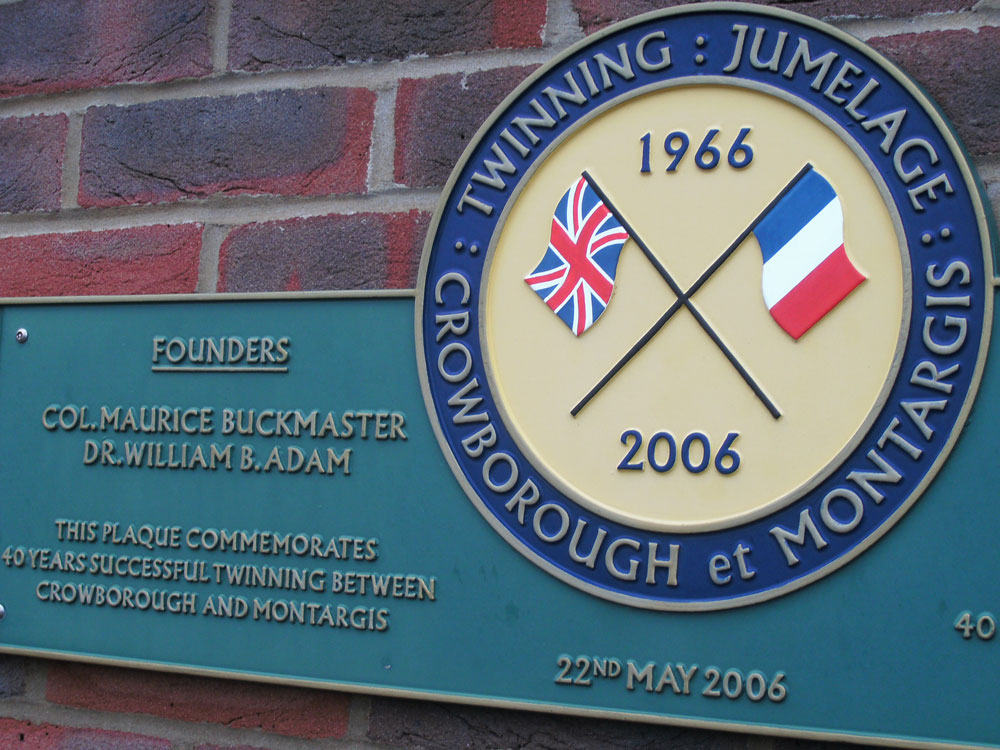 Crowborough and Montargis twinned following the war-time association and enduring friendship between Colonel Maurice Buckmaster, who was head of the French section of Britain’s Special Operations Executive and Jean Laurent, a French Resistance leader in the Montargis area.

The year after the signing of the Charter of Friendship in 1966, the Society of Friends of Montargis was created to promote “friendship, co-operation, and mutual awareness.”

Central to the activities of the Society is the annual exchange between the two towns.  At the end of April, over forty people from France will be travelling to England to spend the May Day long weekend staying with host families in Crowborough.  On the itinerary this year is an outing to Brighton, including a tour of the Royal Pavillion, a reception at Crowborough Town Hall, free time to spend with their host family and the group will have Sunday lunch together at Barnsgate Manor.

Ahead of the planned celebrations to mark the 50th anniversary in 2016, Chair Hilary Lyon is encouraging other people to join the Society:

It would be a very good time to get involved, just to see what we do or take the first step in meeting people from Montargis, and if they like, having someone stay.

I think that the society offers friendship both here and in Montargis, by visiting Montargis and staying in a house with a family you get often long lasting friendship, not just confined to the visits each way in a group.

Members of the Society will be making the return trip to Montargis in August.  Montargis is about 70 miles south of Paris and because of its many canals and bridges is known as The Venice of Gatinais.  Gatinais being the local province.  We have Montargis Way and Montargis Terrace (adjacent to Waitrose) and they have Rue de Crowborough.

If you like to find-out more about the Society and see pictures of the Montargis taken during the 2014 see their website: friendsofmontargis.wordpress.com. Or for more information call Mary Collins on 01892 662676.

Community
One comment on “Visit from our friends in Montargis”