Last week Town Councillors voted by 7-4 majority to continue to try and buy the offices on Pine Grove, but at an extraordinary meeting Councillors decided not to pay any more. 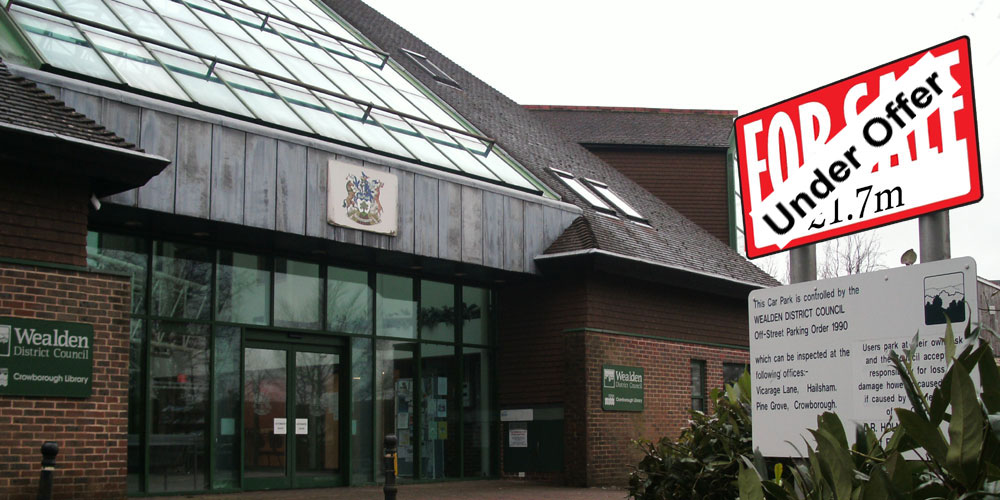 After considering the business case for an enterprise centre and community hub in February, the Town Council agreed to try and buy the offices, but at the time the offer was dependent on getting a loan to purchase and convert the offices.   Following support in the public consultation the Council were successful in getting borrowing approval for £2.65 million loan from the Public Loans Works Board.

In the past Bouygues UK also expressed an interest in buying the building in order to demolish it to build 80 extra care flats.   Last year they were made preferred bidder by WDC.  Bouygues have ignored repeated requests by CrowboroughLife to say whether they still want to buy the building and land.  It is not known whether they (or another developer) have submitted a rival bid.

Only 12 of 16 Councillors were able to attend the special meeting on Thursday 18th June.

At the start of the meeting seven Councillors declared a conflict of interest because they were either also District Councillors, married to a District Councillor, Directors of the Crowborough Community Association or a member of WDC staff.  Normally when Councillors declare a “prejudicial interest” they must leave the room during the discussion and are not allowed to vote.  This is because their interest might affect their ability to fairly and objectively consider the subject.

Under the Council’s Code of Conduct, a dispensation can be granted by the Town Clerk.  After considering the matter and seeking advice, the Town Clerk Philippa Hewes relaxed the rules in six out of seven cases.  She felt by excluding so many Councillors from the Chamber, it would hamper the Council’s ability to make a fair decision.  Only Cllr Alan Penney, having a “disposable pecuniary interest”, was excluded from the debate because he is a caretaker at Pine Grove.

Cllr Sandra Timms took a dim view of the Town Clerk’s decision to allow the Directors of the Crowborough Community Centre to take part, and Cllr Timms requested her objection to be formally recorded in the minutes.

For reasons of commercial sensitivity the public and press were excluded from the discussion.   The minutes of the meeting have just been published on the Council’s website: www.crowboroughtowncouncil.gov.uk/council.

It is not known how much the Town Council is prepared to pay, but the guide price in the intial sales documentation valued the building at £1.7 million (Lot 2).

By a majority of 7 to 4, the Council agreed to submit an unconditional offer to buy the offices, the adjacent car park (72 spaces).  The Council’s offer also includes the freehold for the Community Centre and the freehold of Bluebell Wood.

Wealden District Council had requested that any bid for Pine Grove and car park be separated from the Community Centre and Bluebell Wood in order to make it easier for a comparison of the bids to be undertaken.

The vote was narrower than the intial 10 to 2 vote in February, when only Cllr George Moss and Cllr Kay Moss voted againt the resolution.  But half of the Councillors changed in May and this is the first chance they have to express their views.  One of the new Councillors to also vote against the proposal this time was Cllr Greg Rose.  He told CrowboroughLife:

Following my election to the Town Council I’ve been given access to the confidential papers that make up the bid for Pine Grove.

After scrutiny of these and looking at other similar projects, I believe the level of risk is high and it’s too much of a gamble with Crowborough residents money.  Hence why I changed my position and voted against last week.  The ultimate reasoning was if I wouldn’t invest my own money, why would I take that gamble with the Crowborough purse.

The other new Councillor to vote against the resolution was David Neeves, joining Cllrs Kay and George Moss.

In a closer vote than the original February decision, reflecting the different views of the new council, the decision was to stick with the previous offer, as that was deemed to be the mandate of the townsfolk, despite some internal pressure to raise the ante or fold.  But perhaps, with such the high stakes, the hand is still in play?

The meeting also agreed to authorise the Town Clerk to spend up to £10,000 on professional fees connected with the purchase. 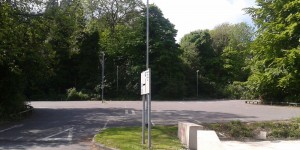 In 2013 the Crowborough Community Association used powers in the Localism Act to get Wealden District Council to register their former headquarters in Crowborough, the two car parks and the Bluebell Wood as ‘assets of community value’.   Wealden gave notice that it intends to dispose of the two lots.

A second moratorium period has been triggered.  This gives protected period (‘moratorium’) of six months (until 12th November), during which time the building may only be sold to a ‘community interest group’, such as the Town Council.

Now we’ll have to wait and see if the offer is accepted.  Planning permission has already been granted to convert the building into an Enterprise Hub.