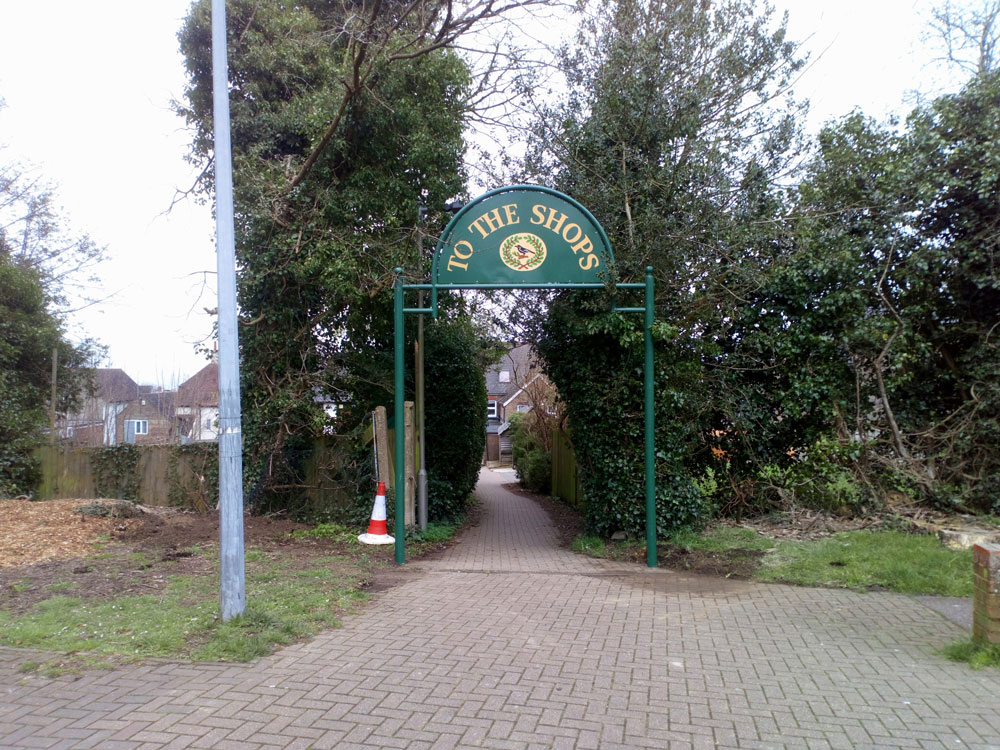 A £2,000 grant was received in 2015 from Wealden District Council to improve the High Street.  At the March 2017 meeting of the Environment Committee it was minuted that the quotes received were double the £2,000 grant.  Councillors agreed to proceed with the Archway at the increased price and pay the additional amount from earmarked reserves for environmental projects.

Original article (July 2016): Planning permission is being sought to erect a sign over the alleyway leading down to Croft Road. 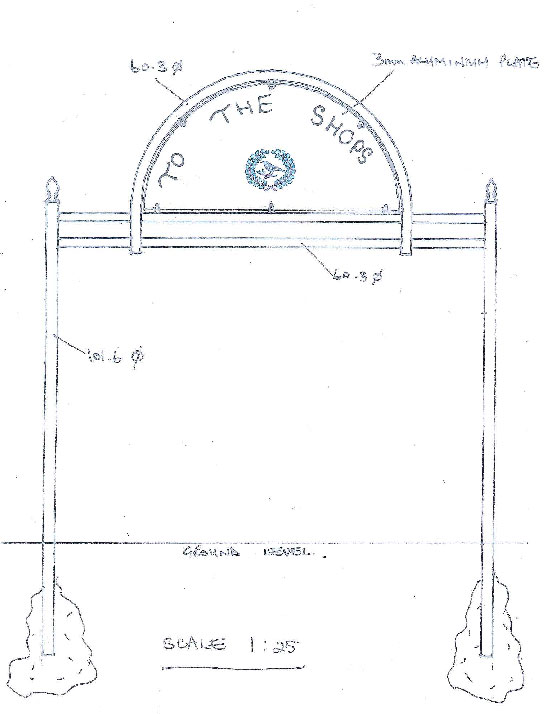 The 13 foot high metal sign will read “TO THE SHOPS” on one side and “THANK YOU” on the reverse.  The letters on the sign will be black on a holly green background and will be about a foot high.  The sign will be erected at the start alleyway which runs down from the Waitrose Croft Road car park and comes-out between Chappells Pharmacy and Beacon Travel. 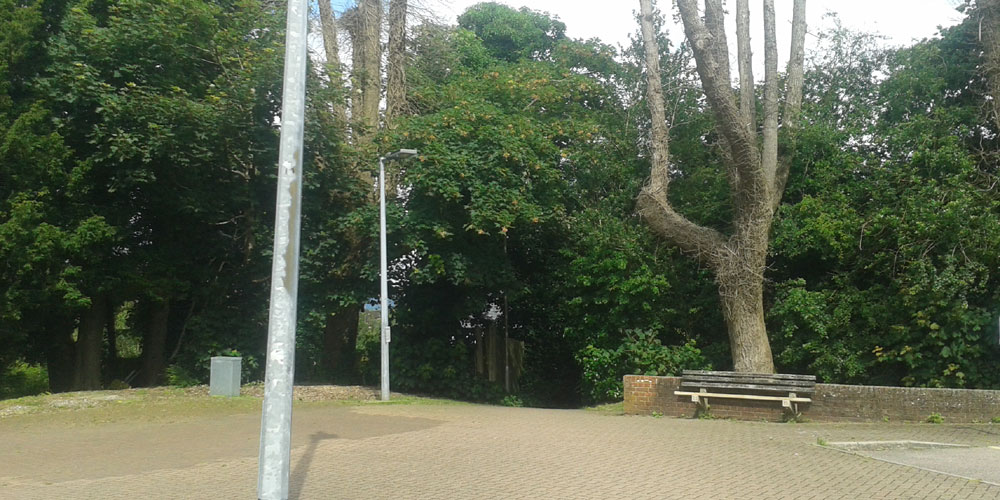 The Town Council originally discussed the plans in November 2014.  A £2,000 grant was available from Wealden District Council’s Streets Ahead project to promote high street businesses.  The Town Council say they are keen for a local blacksmith / company to carry out the work.

The Chamber of Commerce suggested the archway as they believe some new visitors to the town might struggle to find the shops in the town centre, once they have parked.

You can view the application for “advert consent” on the Wealden District Council’s website (Ref: WD/2016/0172/AN): www.planning.wealden.gov.uk.  You have until 22nd July to comment on the application.

What do you think of the proposal?  Add your comments below or join the conversation on our Facebook page: www.facebook.com/CrowboroughLife.