The Planning Inspector examining some of Wealden District Council’s strategic planning documents on behalf of the Government, has suggested fewer properties should be built in Crowborough and they should be allocated to Uckfield instead. 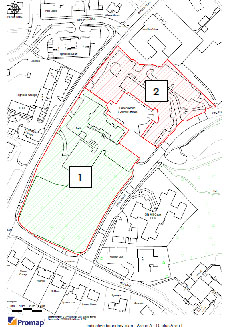 Map showing the two lots for sale at Pine Grove

Next Wednesday, at the first Council meeting since the elections, the Leader will ask his fellow Councillors to withdraw the Strategic Sites Local Plan to ‘avoid becoming bogged down in changes suggested by a Planning Inspector.’

Wealden District Council, as the planning authority, is responsible for developing a Local Plan to manage future development of the district and help determine planning applications.

The Local Plan is not a single document but a ‘folder’ of interrelated planning documents and supporting evidence.  The Core Strategy identifies broad locations for homes and other development in the District.  The Local Plan was agreed and adopted over two years ago, and more recently attention has been given to ‘putting flesh on the bones’.

The more detailed Strategic Sites Local Plan (SSLP) sets out things developers have to take into consideration when applying for planning permission – such as provision of play areas, transport schemes, drainage and landscaping.   The three main sites identified for development in Crowborough are the Mead House car park and the old Beaconwood offices at Pine Grove (marked as 1 on the map); the Council’s former depot off Forest Dene in Jarvis Brook and land off Walshes Road (planning already submitted by Rydon Homes). 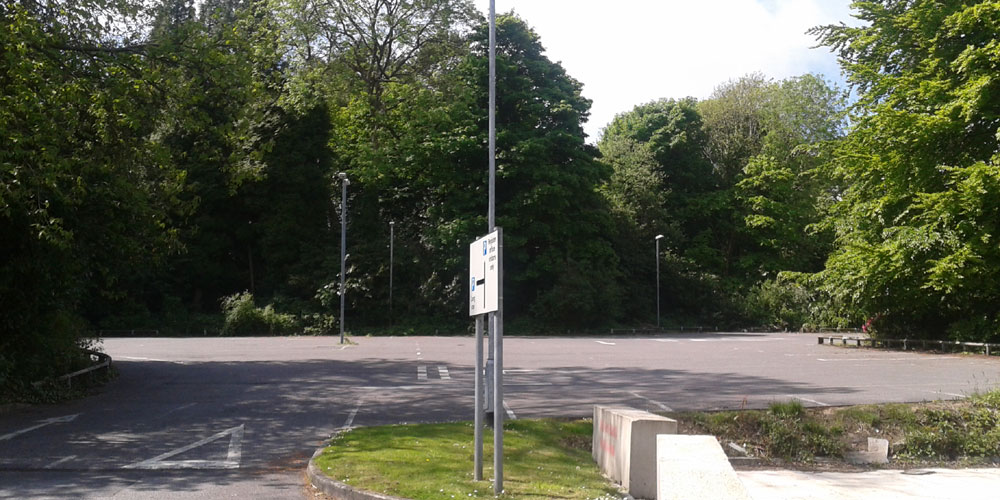 The Strategic Sites Local Plan was submitted to Secretary of State for examination in March 2014.  The purpose of the independent examination by a Planning Inspector is to make sure Wealden’s plan is consistent with national policy, is justified and is ‘sound’.

Following his final Hearing, the Planning Inspector, Mike Fox, wrote to the Council in February proposing modifications to the Strategic Sites.   His main modification for Crowborough was to reduce the number of properties to be build at Pine Grove and instead to recommend they are allocated to another site in Uckfield, already earmarked for 1,000 homes.

I am not persuaded that there is an overriding case for such a large proportion of the site to be developed for housing on this important town centre site; I consider that at least part of the site should be reserved for both office floorspace and/or community facilities, as well as for car parking.

This in line with the aim of the Framework (section 2) to promote the vitality of town centres, and it is also in line with the CS [Core Strategy] which states that the site ‘clearly offers considerable development potential for a mix of sustainable town centre uses’.

This would reduce the housing allocation from 91 to 50 units on site CRA.

At next week’s Council meeting, the Leader is urged his fellow Councillors to withdraw the Strategic Sites and instead to press on with the scheduled review of its Core Strategy to avoid becoming bogged down in changes suggested by the Planning Inspector.

The Core Strategy is Wealden’s Local Plan.  We followed extensive evidence gathering and consultation processes to develop and agree it.  Making arbitrary changes, as proposed by the Inspector, is not appropriate or justified and in any case would require extensive infrastructure, environmental and habitats assessments.

We are committed to carrying out the 2015 Review of the Local Plan and need to concentrate our resources on this as the best way of maintaining current economic growth while safeguarding our countryside from haphazard development.

As part its 2013 approved Core Strategy Local Plan, Wealden is required to carry out a fully assessed review of allocated housing numbers and other policies in 2015.  The Council think progressing with this comprehensive and consultative review will best address the proposals made by the Inspector without opening the Council to the possibility of future court action or diverting resources away from the review.

I am delighted that the Planning Inspectorate agrees with the line taken by Crowborough all along, and put to the Inquiry in evidence last year by myself, Andrew Steen (then chairman of the Town Council planning Committee), the Chamber of Commerce and local commercial property agent Chris Lawson.

However, I am appalled that Wealden are now proposing to ignore the Inspector’s advice to the extent of ditching the entire plan which has taken some six years to produce at enormous cost to council tax payers.  I am also deeply concerned that the inspector’s recommendations were kept from the public and councillors until after the election.  This was clearly an issue that would have been of interest to voters.

The one good thing that emerges from the mess that Wealden has created is that the inspector’s view must strengthen the Town Council’s bid to take over the Pine Grove offices as a Business and Community Hub which will be a great asset for the town.  If some of the Mead House car park can be preserved, too, then so much the better.

Areas identified for development in Crowborough

The following areas were allocated for development in Crowborough:

These area can be seen on the following map: A5 Proposal Map, and more detail is provided in the submitted version of the Strategic Sites Local Plan pages 69 to 92.

During the examination process, the Council agreed with the Inspector to delete site CRC (Mayvern Court) and increase the allocation at site CRD (Roughetts) to 20 dwellings.

The Full Council Meeting is on Wednesday 27th May at 10am.  Also at the Statutory Meeting of Wealden District Council, the Leader, Chairman and Vice-Chairman will be elected and the Cabinet appointed.  Click to download a copy of the agenda.

Add your comments below, or join the conversation on Facebook.