Tennis umpire Jim Hollins would have been forced to retire from the sport he loves if it were not for treatment received at The Horder Centre in Crowborough. 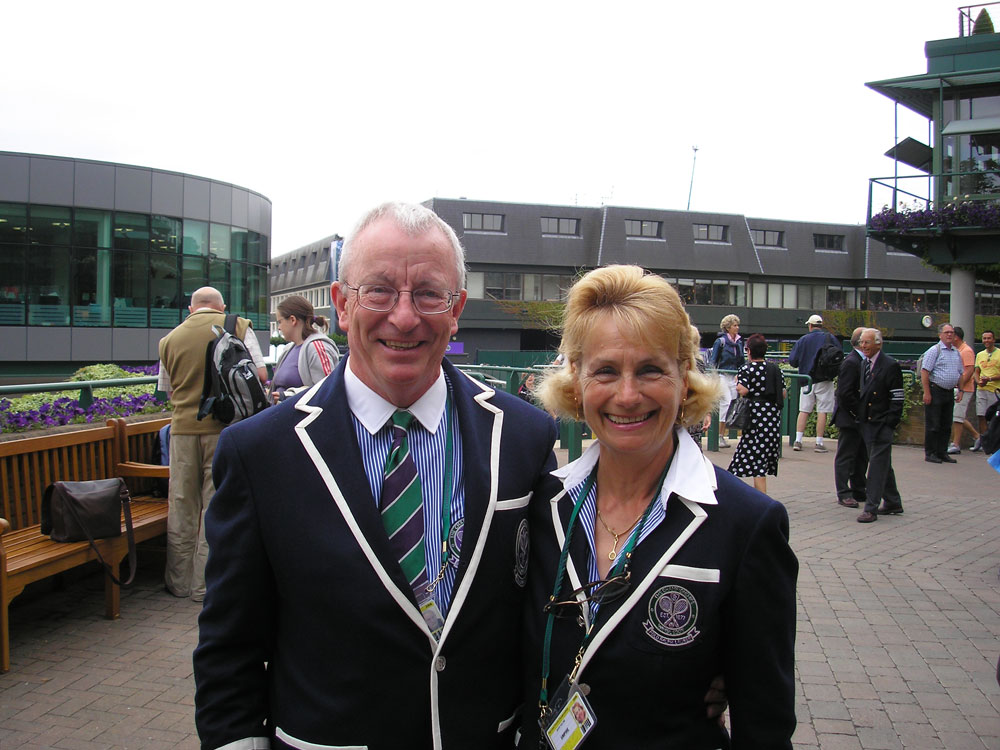 Tennis umpire Jim Hollins with his wife Jackie at Wimbledon

Jim, also a Wealden District Councillor for Crowborough St Johns, has been a line tennis umpire for the Lawn Tennis Association since 1997 and has officiated at Wimbledon since 1999.

As an active sportsman who played squash, football, tennis and ice skated, the pain in Jim’s knees began gradually but eventually became a constant, nagging pain which he described as “twenty times worse than toothache” and meant he regularly took painkillers to ease the discomfort.

In 2009 Jim’s right knee cartilage ruptured during the ATP World Tour 250 series Aegon Championship at Queens Club in London, just ten days before he was due to be at Wimbledon.

Following an arthroscopy, he underwent a total knee replacement at The Horder Centre by surgeon Andrew Skyrme, followed by intensive physiotherapy and a strict home exercise programme which meant he was able to umpire at the Brazil Open seven months later.

Three years after the first operation, Jim had to undergo a second knee replacement operation at the Centre but once again, just months after surgery, he was back umpiring in Brazil and then Wimbledon in June 2013.

Jim, who lives in Hartfield and has been a councillor for over 30 years,  said:

I can’t speak highly enough of the treatment I had at The Horder Centre. I was made to feel like an individual and the staff, the care and facilities were all exceptional. My wife Jackie and I thoroughly enjoy tennis officiating at all levels, both at home and abroad, but I would have had to retire from first class umpiring in 2009 if it were not for the excellent treatment I received at The Horder Centre.