Update: A planning application for a housing development between the Rugby Club and Palegate Lane was granted this morning (Thursday 17th January).

Since then, Wealden District Council has changed the development boundary for Crowborough to include the site.

The outline application is for the construction of 103 dwellings including 36 affordable dwellings, a play area, a sustainable drainage system, access to Green Lane via a new T-junction, landscaping including woodland and tree planting and enhancements to wildlife habitats.  There will also be improvements to the pavement along Green Lane.

The size and design of the homes, the layout of the site and landscaping will be determined later.

You can watch the webcast of the meeting here:

In the latest phase in a protracted legal battle, Knight Developments and the Secretary of State took the matter to the Court of Appeal last year.  Now two Judges have dismissed their appeal.

A year ago, we were successful at the High Court in overturning a Planning Inspector’s decision which went against the Council, and would have allowed a development which, without suitable mitigation, would have damaged Ashdown Forest.

We have been called upon again to protect the Wealden countryside, this time in the Court of Appeal.

The Court of Appeal dismissed two appeals calling for the Planning Inspector’s decision to stand, and refused permission to appeal to The Supreme Court.

It is important for Crowborough and the people of the District that their elected representatives continue to guide development within the District through the accepted planning processes.

Knight Developments Ltd in Essex wanted to build 103 houses including 42 affordable homes at Steel Cross, on land between Palesgate Lane and the Rugby Club.     Access to the 40 acre site would have been via a modified junction off Green Lane.  Planning consultant ASP based at Crowborough Cross have been acting as Knight Developments’ agents. 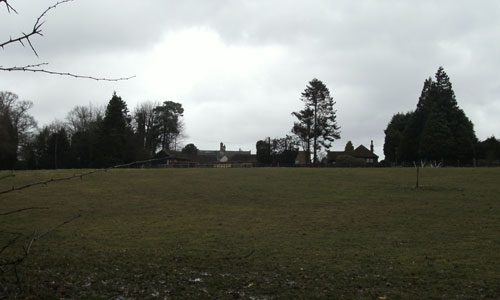 Warren Saville, a local resident who has been campaigning against the development, gave his reaction:

We are obviously delighted with the news that Knight Developments and the local company ASP have failed with their appeal to have the decision of the High Court overturned.  It’s been 4 years of uncertainty and it is a great relief to my family and many of our neighbours who were totally against this proposed development.

This was never a suitable site for this scale of development and I am obviously glad of the Council’s stance, showing that you cannot just come along and build wherever you like and think that a fat wallet and a highly skilled legal team can achieve this.

We realise the need for affordable housing and hopefully now the Council can concentrate its efforts on the sites it has already approved for development in our area.

But this is not necessary the end of the road:  If the developer does not “call it a day”, it is understood that the matter goes back to the Planning Inspectorate for a new hearing.  The developer has been approached for a statement.  Although the Court of Appeal has not given leave to appeal their decision, parties can make an application direct to The Supreme Court – the highest court in the land.  Watch this space!