Speaking at last week’s Cabinet, Cllr Roy Galley, the District Council’s portfolio holder for waste management, said the situation had improved after the agreement on a recovery plan in July but things were deteriorating again.

We are going through a bumpy ride.  This is a situation we cannot accept.  The service they are providing is unacceptable and we need to take some stronger measures.

He apologised to residents for poor service some were receiving.  You can watch the webcast here: 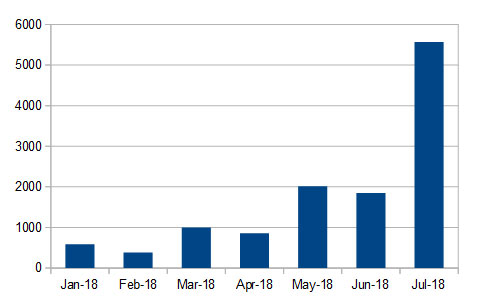 A Freedom of Information request has revealed that in July 5,568 bins were reported as being missed.  This is just 169 fewer bins that the number of missed bins reported for the whole of 2017.

If Kier fail to collect a bin two working days after a missed bin has been notified Wealden District Council can apply financial defaults.   These range from between £5 -£20 per bin depending on the circumstances.  In the period from January to April 2018, £23,240 was deducted from the contract.  Wealden District Council pointed-out that monetary deductions may not necessarily correspond directly to the months the actual defaults were applied because there is a process required to review and agree the figures between both the Council and the Contractor.  In the event they cannot be agreed, they will be subject to negotiation or dispute.

Wealden District Council can only apply financial defaults for those households notifying a missed bin, not every property on a street.  This is because they do not know for certain whether all households put their bins out for collection.

Contract with Kier ends in 2019

Wealden District Council outsourced its waste collection service in 2013.  Last year it was announced that the 10-year Joint Waste Contract between Kier and four East Sussex councils, including Wealden, would end early due to ‘significant’ change in the recycling market.  A new contractor will be appointed to takeover from June 2019.  It was announced last year that as part of the new contract they are looking at introducing charges for garden waste collections. 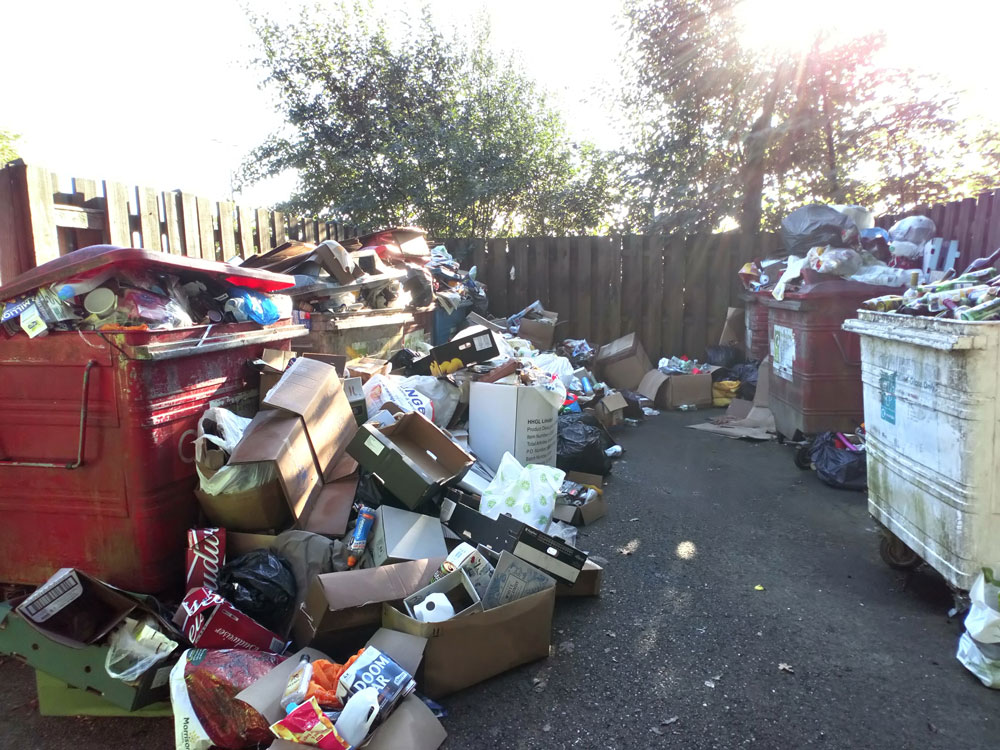 Plan to get bin collections back on track

Last week under the terms of the Joint Waste Contract, Wealden District Council used a clause to bring in an outside contractor to collect the bins for one of the waste rounds that was still outstanding from the previous week.

A spokesperson for the Council said:

Where possible, Kier staff are making extra collections including Saturday working, but if the problems caused by their staff shortages continue, we will again be making use of the Step In clause to ensure Wealden residents do get their bins emptied, and bring sites are properly maintained.

Under the terms of the Step-in clause, the cost for bringing in outside assistance are met through deductions from the amount which is paid to Kier, as are the defaults due to reported missed bins.  We are unable at this stage to say how much money will be deducted from payments to Kier but it will be considerable.

The unsatisfactory service experience by some of our residents in recent months, as well as the increased workloads it has caused our own staff, have only served to emphasise the importance of ensuring the new joint waste contract has a robust and effective system of sharing the cost and responsibility for delivering this important service.

We would like to apologies to those who have experienced delays with their waste, recycling or garden waste collection.  We are continuing to work with Kier to help them deliver their obligations until the contract ends in July 2019.

If your bin is not emptied, the advice from the Council is to register the missed collection by 5pm the following day.  You can do so through their website or by calling 01892 653311.

Environment
One comment on “Situation with Kier deteriorating again”