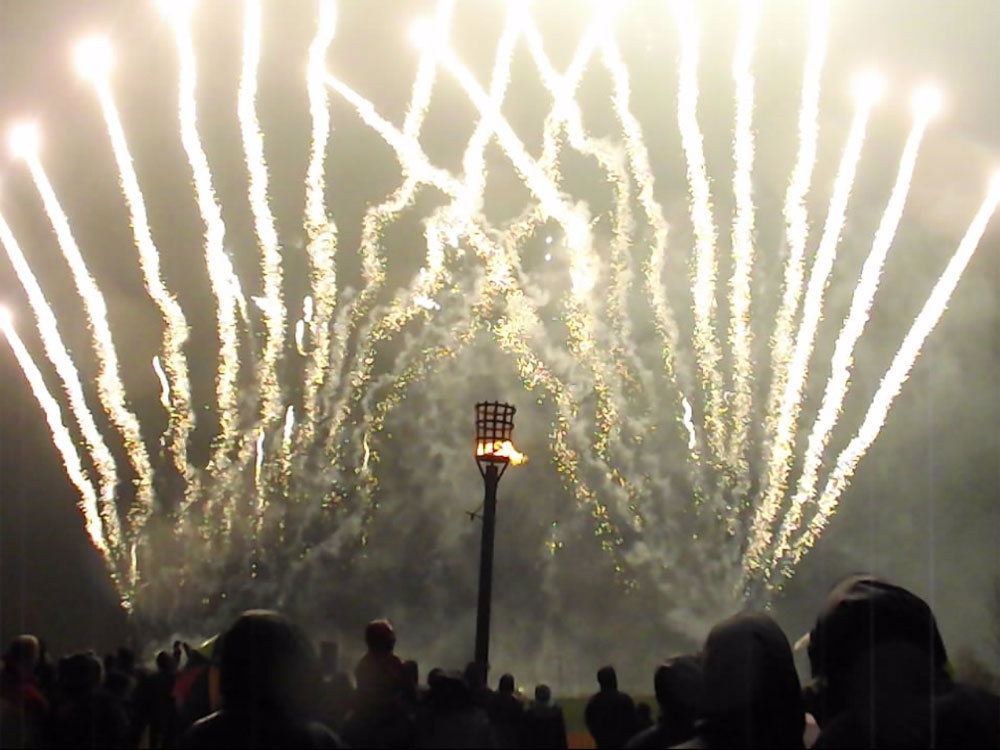 On Thursday 21st April Her Majesty The Queen celebrates her 90th Birthday.  Crowborough has the opportunity to get involved in celebrations with the lighting of the Beacon at the Goldsmiths Recreation Ground.

Crowborough Town Council has been invited to take part in the nationwide event by the Pageantmaster.
The last major beacon celebration was on Her Majesty’s Diamond Jubilee.  In 2012 the Town Council initially had doubts about lighting the beacon because of the cost involved and whether many people would turn-out on a weeknight.
Councillors will consider whether to light the beacon in 2016 at their meeting on Tuesday (16th February) at 7.30pm.  One idea is that a local resident who shares The Queen’s 90th Birthday should be asked to light the beacon.  Most other celebrations for Her Majesty’s Birthday, such as the street parties, are likely to be held on her official birthday in June.

On their website the Town Council is also asking local people to register their interest in Clean for the Queen, a campaign to clear up Britain in time for Her Majesty the Queen’s 90th birthday.

Community
5 comments on “Should Crowborough light the beacon on The Queen’s 90th Birthday in April?”