Statistics released by Wealden District Council reveal they have had 95 reports of dead animals on roads in the Crowborough area in the past 18-months. 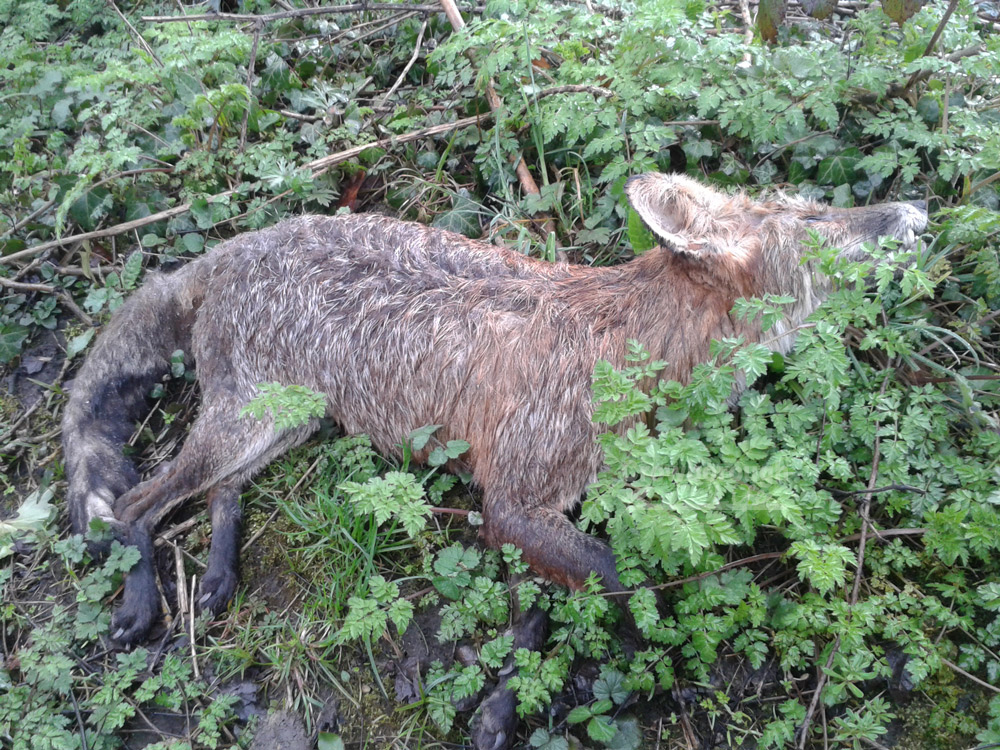 Across the Wealden district as a whole they received over 750 reports from the public of dead carcasses on the roads.

In the Crowborough area (including Boars Head, Jarvis Brook and Poundgate) there were 10 reports of dead pets.  The Council say if domestic animals are found the Animal Welfare Officer is notified, and animals are scanned for a microchip.

It is likely the figures under-represent the number of animal deaths on our roads, as these statistics relate just to collections of bodies made by Wealden’s Street Cleaning team.  The Council is responsible for collecting dead animal carcasses from roads (except trunk roads) but not from private land.  In the case of collisions with deer, often the Forest rangers or volunteer Deer Wardens dispose of the animal. 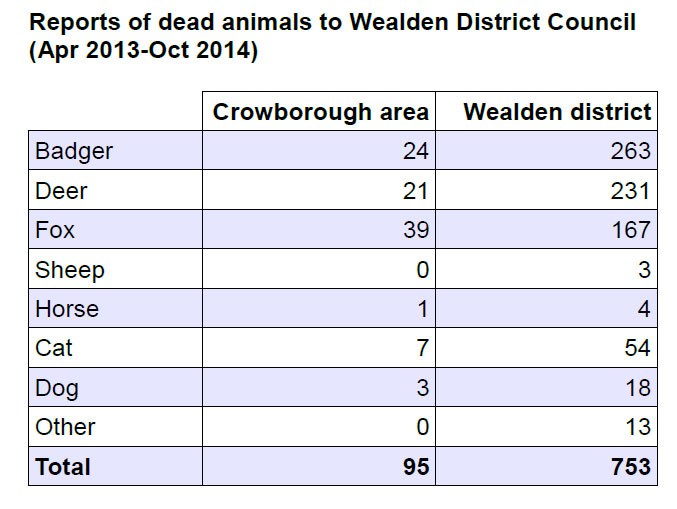 Since April 2013 the Council has been keeping records of dead animals on their system that are either on the public highways or byways which can range from, dead sheep, horses, deer, badgers, foxes and domestic animals such as cats and dogs to even dolphins/seals on the beach.

The Council point-out that in some cases the same carcass may have been reported twice or more by different residents, and therefore may be counted more than once on their system.  Allowing for these duplicate entries, the worse places in Crowborough are Eridge Road and Crowborough Hill (although it needs to be borne in mind these are both long roads, and would be disproportionately represented in the statistics).

The Freedom of Information request was made by Cathryn Basden, a trainee journalist, who has made similar requests to neighbouring local authorities for an assignment she is writing for her course.