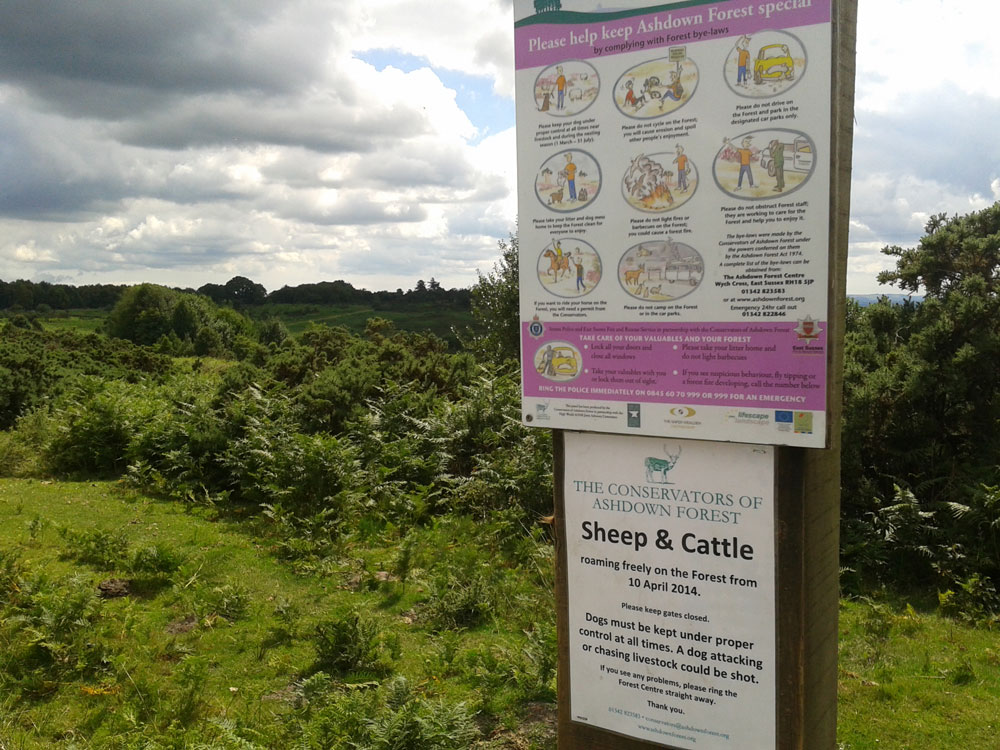 There have been more incidents of sheep being attacked by dogs on the Ashdown Forest.

A severely injured ewe was found near Crowborough Road close to the Duddleswell crossroads on Monday morning.  It had suffered major wounds to its rump and was not expected to survive.

Later the same day The Forest Centre received two calls from members of the public about a sheep stuck in the stream below the Airman’s Grave.  Eventually the ewe was found standing with a group of other sheep between the Airman’s Grave and Boringwheel Mill Farm on Cackle Street.

Reports say had ‘horrific’ injuries to her neck, which were expected to prove fatal.  A lamb had also been seen in the stream with blood on its neck from a suspected dog bite.

Unfortunately, there are no details of the dogs or owners involved and Sussex Police are appealing for anyone who witnessed the attacks or has any information about them to contact them.
James Osman, National Farmers’ Union adviser for East Sussex and West Sussex said:

Sadly, dog attacks on livestock are all too common and owners need to be much more aware of the damage and havoc that their pets can cause.

A farmer can legally shoot a dog that is chasing livestock and seek compensation from the person responsible for the dog.

With sheep, even those that have not been physically attacked can be traumatised and be prone to miscarrying unborn lambs or just dying from shock. This is potentially very expensive for the farmer and ultimately, the dog owner.

No matter how well-behaved and docile a dog normally is, they can quickly turn into unpredictable and savage killers. We urge people to keep their dogs on a lead in the countryside and if they live near livestock, to ensure their properties are well fenced with dog proof boundaries.

The Conservators of the Ashdown Forest have been running dog training sessions called ‘Sheep Proof Your Dog’ with trainer Tobin Bird.  And earlier this year CrowboroughLife reported the Conservators were consulting on a draft Code of Conduct for dog owners.

Anyone who witnessed the attacks or has any information should contact Sussex Police, either email 101@sussex.pnn.police.uk or call 101 quoting serial 87 of 02/09.

The Ashdown Forest Centre posted a photo of one of the injured sheep on their Facebook page: