Following the honour of receiving the 2016 Queen’s Award for Enterprise (Innovation) – the UK’s highest accolade for business success – earlier this year, Servomex was today (12th October) formally presented with the award at a special ceremony. 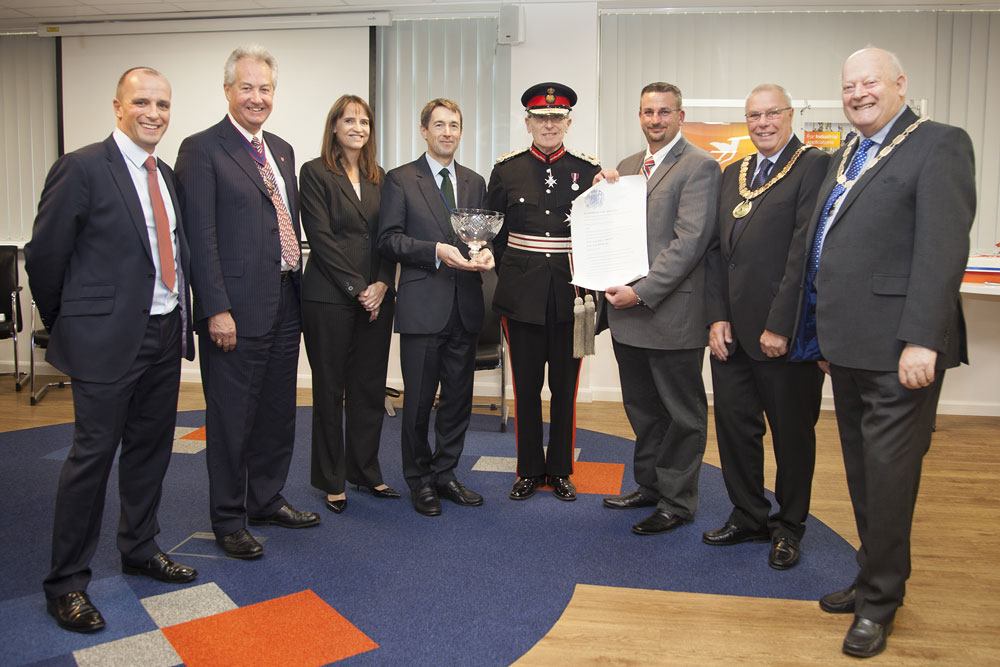 Hummingbird, a division of the world-leading gas analysis experts Servomex, officially received its award from the Queen’s representative, Peter Field, Her Majesty’s Lord-Lieutenant for East Sussex, at the company’s Technical Centre in Crowborough.

The High Sheriff of East Sussex, Michael Foster, was also in attendance, along with Cllr Chris Hardy, Chairman of Wealden District Council, the Mayor of Crowborough Cllr Ronald Reed and Cllr Michael Ensor, the Chairman of East Sussex County Council.

The award recognises the outstanding achievement by UK businesses for commercial success as a result of innovation. Hummingbird won its award for the innovation in the design and manufacture of their Paramagnetic oxygen sensors used in medical and industrial applications.

As worldwide leaders in innovation for gas sensing technologies, we are incredibly proud of our Hummingbird sensor brand winning the innovation award. Continuous hard work has enabled us to be where we are today, through decades of research and design behind the Paramagnetic sensor. I speak on behalf of everybody at Servomex and Hummingbird that this award is a special achievement for us all.

We were delighted to welcome the Lord-Lieutenant to the Technical Centre for the presentation; it was a proud moment for the whole company.