Update: The driver of a Ford Fiesta which was in collision with a lorry at the junction of Mill Lane and the A26 Beacon Road, on 8th December sadly died in hospital on Christmas Day.

He has since been named as Lawrence Falkner, 86, of The Grove in Crowborough.

Article published on the day of the collision:

An elderly couple are understood to be both in a serious condition after a collision on the A26 Beacon Road at the junction of Mill Lane in Crowborough. 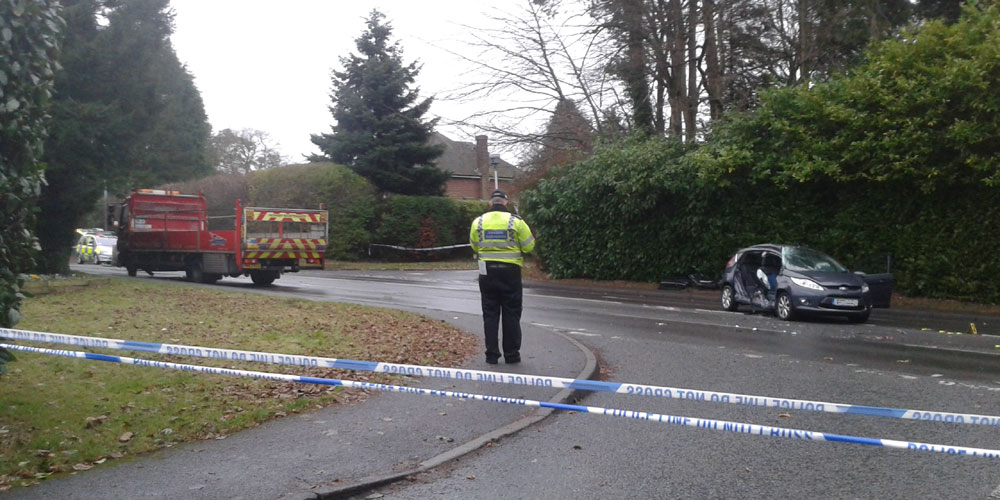 Photo taken from the end of Mill Lane showing the scene of this morning’s collision, looking across towards Goldsmiths Avenue

Emergency services were called to a collision involving a blue Ford Fiesta and a red DAF lorry at 9.23am this morning (Thursday 8th).  South East Ambulance Service dispatched two ambulances and a first responder to the scene, along with the Air Ambulance.

The Fiesta driver, an 86-year-old local man, and his passenger an 81-year-old local woman, were both taken to the Royal Sussex County Hospital with serious injuries.

One person was released from the vehicle using hydraulic cutting gear.

Prior to our arrival one other person was released from the vehicle.

Crews from Crowborough and Uckfield attended and spent about an hour and a half at the scene. 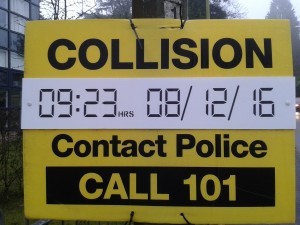 The A26 remained closed until after 3pm to enable accident investigation work to be completed.  During the road closure traffic from the A26 was diverted by Sussex Police via Church Rd, Crowborough Hill, Millbrook Rd & Eridge Gardens.

The driver of the red DAF lorry, a 52-year-old man from London, was not injured.

We would like to hear from anyone who was in the area at the time and who saw what happened.