The NHS is proposing to centralise stroke services at three Hyper Acute Stroke Units in Kent and Medway. 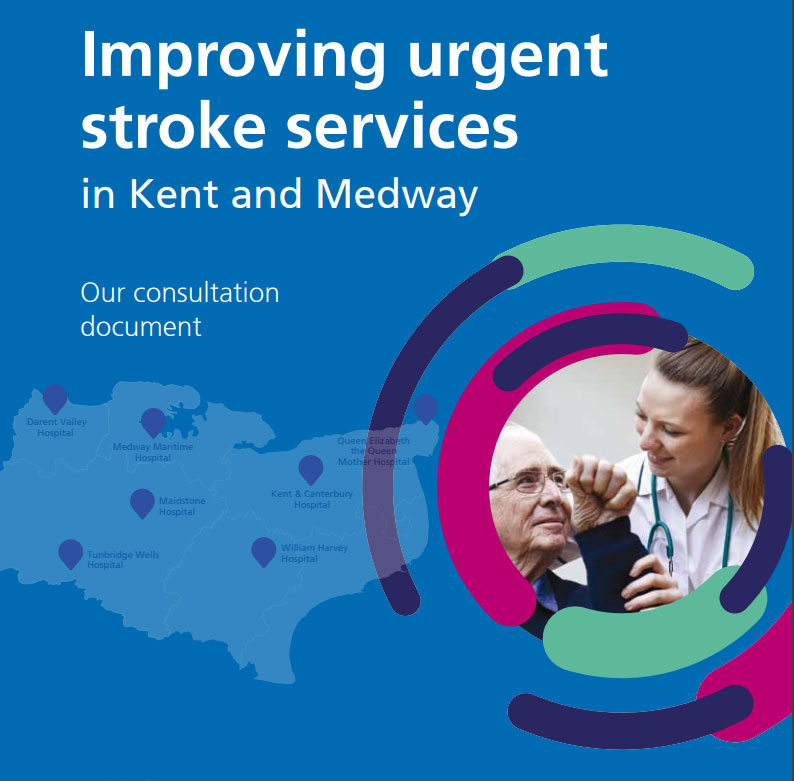 Only two of the five shortlisted options (D & E) include Tunbridge Wells Hospital as one of the three Hyper Acute Stroke Units.  If the stroke unit at Pembury Hospital is closed, the nearest alternative stroke unit will be about 40 minutes away from Crowborough.

Due to the significant patient flow from this area, the GP-led body that plans and buys health services locally is represented on the joint committee which will ultimately make the decision on the configuration of services

The NHS is asking for people’s views on the proposals.  A public consultation event will take place in Crowborough on Tuesday 3rd April at the Community Centre starting at 2pm.  The event was originally going to be held on the 8th February but was cancelled because of bad weather.

In other parts of the country hyper acute units have been shown to improve outcomes for people who have had a stroke.  The Clinical Commissioning Groups argue the new units will allow people to get the best possible care in the vital first few hours and days immediately after their stroke – saving lives and reducing disability.

After intensive work by clinicians, the NHS is proposing to turn three existing stroke units into specialist hyper acute stroke units, providing expert care from a team of stroke specialists and therapists round the clock with consultants on the wards seven days a week.

In developing the proposals there has been a rigorous process to review combinations of existing hospitals, considering many different factors.  From this the NHS has developed a proposed shortlist of possible options for the location of Hyper Acute Stroke Units in Kent and Medway:

The proposed shortlist, which is subject to further assessment and final approval, is:

Separate reviews have also been held in Sussex about where to locate stroke services.

Since February 2016, Brighton and Sussex University Hospitals Trust have had to implement a temporary suspension of stroke services at Princess Royal Hospital in Haywards Heath.  Due to challenges in recruiting and training new staff, patients with suspected stroke are conveyed by ambulance to the Royal Sussex County Hospital in Brighton.

Fore more information and to submit your views see the stroke consultation documents.  The consultation runs until Friday 20th April 2018 (extended by one week).

Know the signs of stroke

You could save your own or someone else’s life, or help limit the long-term effects of stroke, by learning to think and Act F.A.S.T.

F.A.S.T. or Face-Arms-Speech-Time is easy to remember and will help you to recognise if you or someone else is having a stroke.

Face – has their face fallen on one side? Can they smile?

Arms – can they raise both arms and keep them there?

Speech – is their speech slurred?

Time to call 999 if you see any single one of these signs of a stroke.