Update: Yesterday (17th November) planning permission was refused by Wealden District Councillors by a 5-4 vote on grounds of sustainability and because the site is in the High Weald AONB.

There were 17 letters from local residents and an objection from the Highways Authority drew attention to the lack of public transport and footpaths.  However, Wealden’s own planning officers had recommended Councillors grant approval, because national planning policy supports development on brownfield sites such as this and the Council’s failure to meet its 5 year land supply for housing.  The Affordable Housing Delivery Plan would have meant the developer would have had to provide funding to build 3 x 2 bed affordable houses elsewhere in the district.

During the debate Councillor Roundell expressed concern that Wealden would lose on appeal:

If we don’t accept this I guess it will go to appeal  – are we going to waste council tax payers money on defending the undefendable – is a question I’d ask?

You can watch a webcast of the meeting:

Plans have been submitted to build nine detached houses on the land currently occupied by Royal Mires Nursery at Lye Green near Crowborough (July 2016). 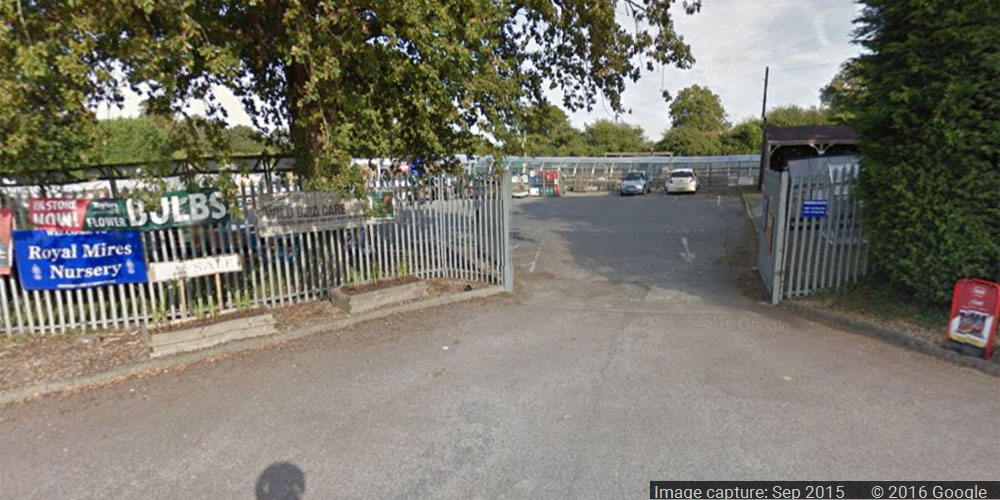 The owners Rumwood Nurseries have applied to Wealden District Council for planning permission to demolish the garden centre and build 4 x four-bedroomed houses and 5 x five-bedroomed houses on the site.

The covering letter explains that the garden centre has been running at a loss in recent years and argues the passing trade does not justify investment in the retail business.

Rumwood Nurseries acquired Royal Mires 11 years ago.  Their other garden centre is in Langley, about 4 miles South West of Maidstone.