As part of Armed Forces Day a commemoration was held on Montargis Terrace near Waitrose.

The event was attended by the Deputy Major, Councillor Quentin Burch.  The Crowborough Branch of the Royal British Legion were present with its Standard together with the Standards and Guards of Honour from the local Army Cadet Force and Air Training Corps.  The last post was played by bugler Michael Beesley. 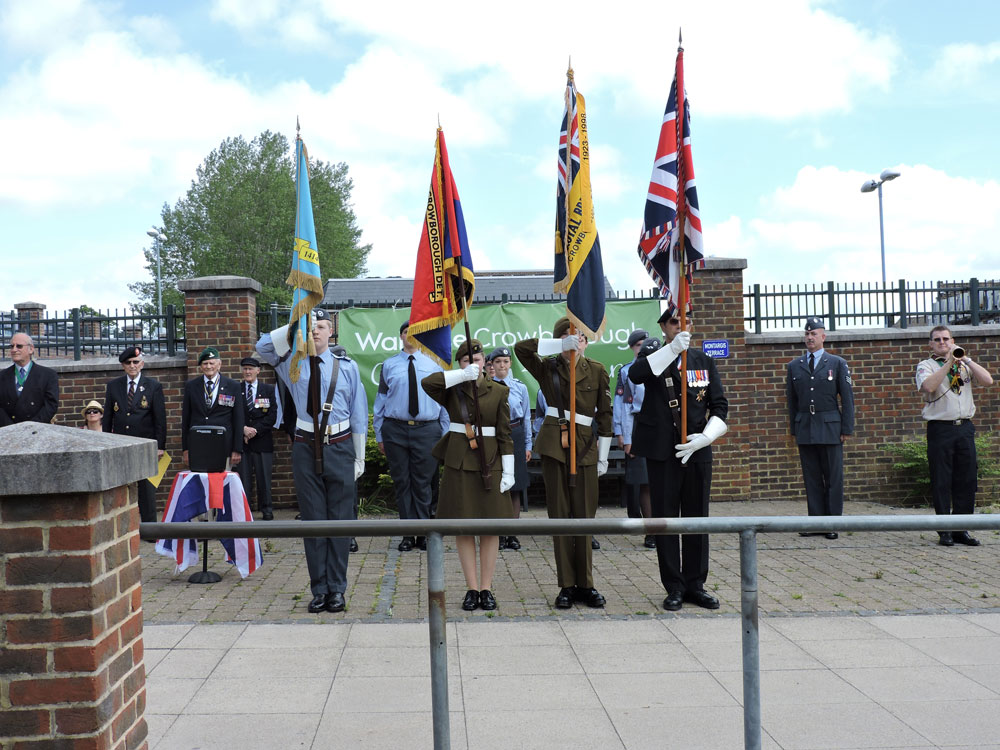 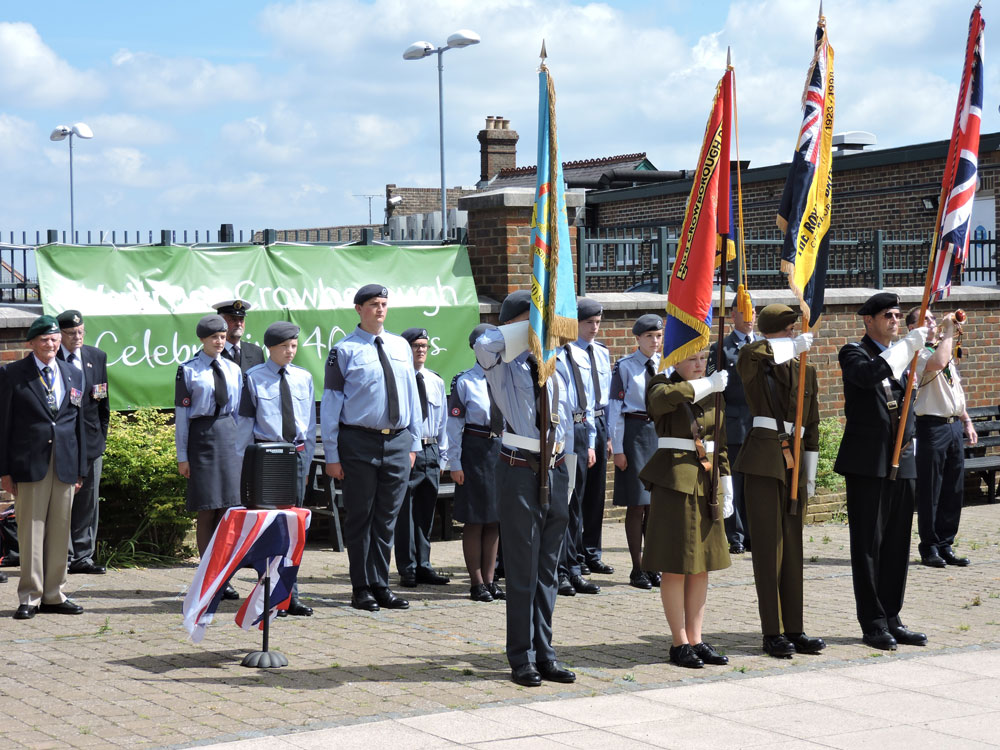 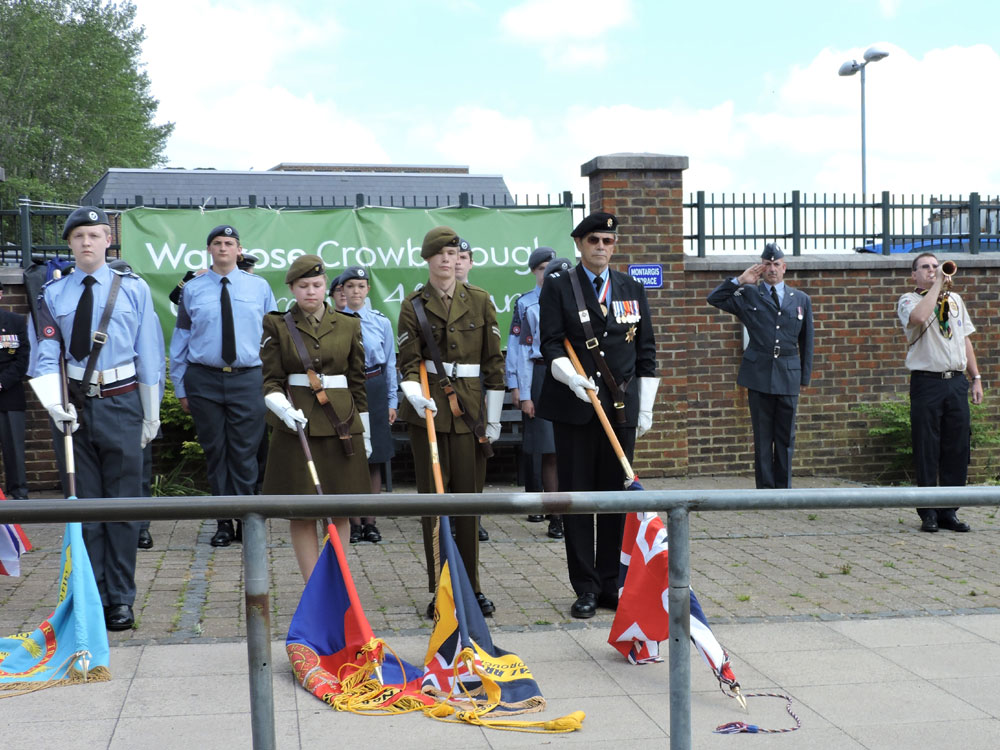