Emergency services were called to Croft Road in Crowborough this afternoon to reports of a collision between a pedestrian and a car. 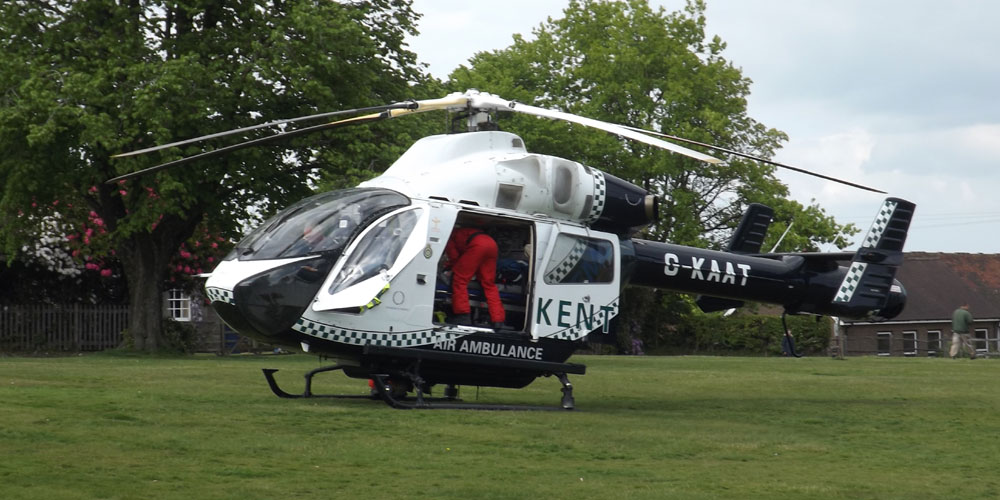 Just after 3.30pm a middle-aged man on foot and a red Nissan car, driven by a local woman, had been in collision.  An ambulance crew and a paramedic in a car from the South East Coast Ambulance Service were sent to the scene.   The Kent, Surrey and Sussex Air Ambulance was also sent to assist, and the helicopter landed on Chapel Green.   A fire engine appliance was also in attendance.

Police officers closed Croft Road, between the mini-roundabouts at Church Road and Mill Lane,  while emergency services dealt with the incident.

The pedestrian, a man in his 40s , who had sustained a head injury and was taken to Pembury Hospital in Tunbridge Wells, by land ambulance for treatment.  It was found to be a minor injury and he was later allowed home.

The car driver was unhurt.  Her husband, a passenger in the car, was checked at a local doctor’s surgery and found to be unharmed.  The roads was re-opened within about an hour.

Video of the Air Ambulance taking off from Chapel Green after the incident: