Update: Councillors on the East Sussex Planning Committee agreed to recommend the restrictions are introduced at all the sites, subject to the proposed waiting restriction for the layby outside Poundfield Stores being reduce to match opening times of the Post Office (Site 8).

You can watch a webcast of the committee meeting here:

The committee meeting discussed the merits of each site in turn.  However members kept returning to the thorny issue of the non-enforcement of parking restrictions in Wealden district throughout the debate.  (See the article from 2017 for background about the enforcement of on-street parking in Wealden).

The expenditure and the effort that’s been put in by the County Council, for something that will not be enforced, it doesn’t really move the world on in making it much safer.

It might be marginally safer using a bit of yellow paint, but you could actually use the yellow paint without the traffic order in Wealden, because it wouldn’t be enforced anyway…

I think this is confusing the public really, or imagining the sum of things are going to get better, where in reality, because of the resistance of Wealden district to go into civil parking measures, it is a bit of con to be honest by them.

Councillor Daniel also said it saddened him that neither of the two representatives for Crowborough had attended the meeting in person nor had taken the opportunity to submit their views on the schemes and the merits of the objections in writing to the committee.

Proposals to prohibit on-street parking at locations in Crowborough will be discussed by East Sussex County Council next week. 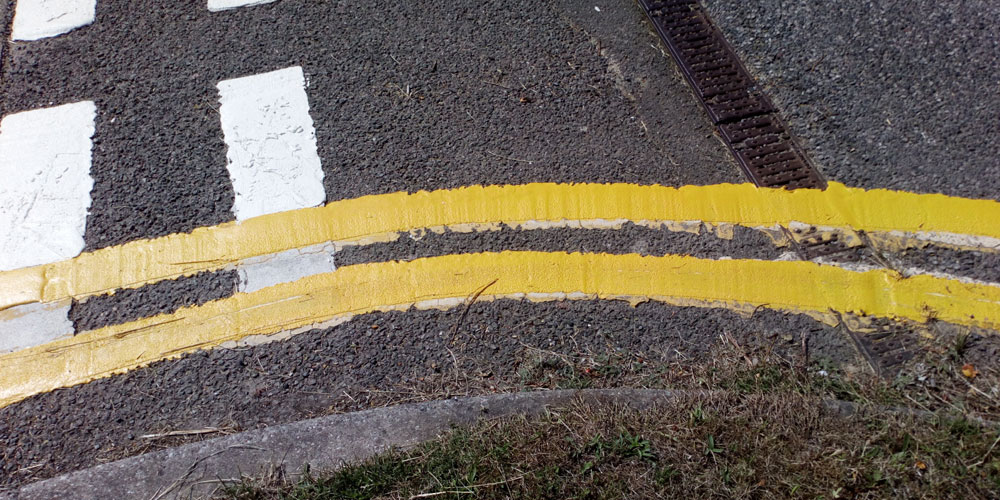 According to the report being considered County Councillors on the Planning Committee the restrictions aim to improve road safety and visibility by preventing parking at several junctions.

The proposals aim to address the safety concerns at a number of junctions in Crowborough, which have been raised over a number of years.  It is fully appreciated that the loss of any on street parking will be contentious when there are so many competing demands for parking within the limited road space.  For this reason and to ensure any restriction is as self-enforcing as possible, the restrictions have been kept to a minimum.

The draft Traffic Regulation Order (TPO) went out to consultation in August last year.  Seventeen responses from members of the public.  Seven responses were in support of the proposals.

Of the other 10 responses, some people wanted modifications to the proposals, such as extensions to the lengths of restriction proposed.  Some people objected to specific sites primarily because of the loss of parking spaces for residents.  Others requested new or amended parking restrictions at other sites in the local area.  The Highways Authority have said that these requests will be added to their list for consideration should Civil Parking Enforcement be taken forward in Wealden District again in the future.

In light of an objection the Traffic and Safety Team have amended the proposed 15-minute parking limit in the layby outside Poundfield Stores in Green Lane (Site 8).  They propose to reduce the length of time that the parking limit is operational to match the opening times of the Post Office.   The draft TPO which went out to consultation applied Monday to Saturday from 8am until 5pm.  It is proposed to amend the operational time to Monday to Friday, 9am until 5pm and Saturday 9am until 12.30pm.

…the lengths of restriction proposed have been kept to a minimum and put in places where drivers looking for somewhere to park can see a reason for their placement.  It is hoped that the placement of these markings at road junctions and on sharp bends will mean that the restrictions are as self enforcing as possible. 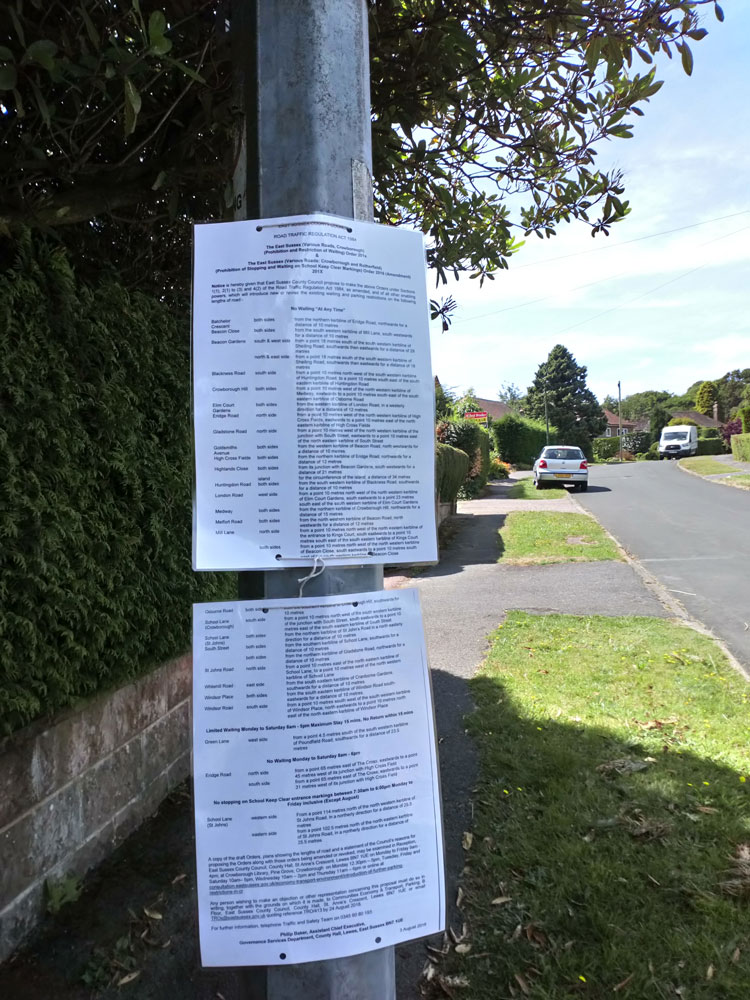 The proposed traffic regulation order would see new parking restrictions introduced at the following sites within the town:

(* Sites 7, 12 and 13 are not in the paper as the only sites that need to be discussed at the meeting are those for which objections were received, and there were not any objections for these three sites.)

The Planning Committee meet on Wednesday 13th March at 2pm at County Hall in Lewes.  Click to download the report showing location maps and photos of the sites Crowborough Parking Review.

Residents can view a live webcast of the meeting online at www.eastsussex.gov.uk/webcasts.