A conservation charity has appointed a Crowborough man to act as their eyes and ears in Wealden.

The Open Spaces Society, which aims to help local communities protect their local common land, villages greens and footpaths, has appointed Brendan Clegg to be their activist in Wealden. 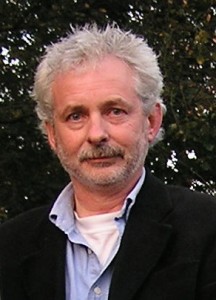 Brendan, of Southview Road, is probably best know as the man behind the ‘Save Our Common’ campaign, as well as being the former Labour Party candidate for Wealden MP.

By profession, Brendan is a land surveyor and cartographer, having worked for the Foreign Office and then the Ordnance Survey for nearly 20 years. 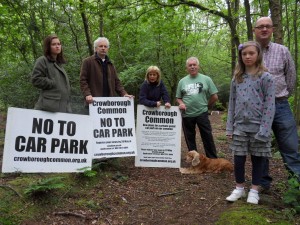 ‘Save Our Common’ campaigners including Brendan Clegg

In 2008 he led a successful campaign to save Crowborough Common from development, after Crowborough Beacon Golf Course wanted to swap about four acres of common land for other land it owned, to enable the building of a care home.  This led to the largest public inquiry ever held in Crowborough, with the inspector concluded that “in terms of amenity and views, the replacement land would not be as valuable to the neighbourhood as the release land.”

The Open Spaces Society was founded in 1865 as the Commons Preservation Society.  One of the Society’s early successes was the preservation and protection from enclosure of Ashdown Forest.

I am very pleased to be appointed as local correspondent for the society.  In the Wealden District of East Sussex we have some of the finest access land in the south-east, including the 6,400-acre Ashdown Forest and part of the South Downs National Park.  We also have an extensive network of public rights of way.

I look forward to helping protect the open spaces, the commons, greens and public paths that are a vital part of Wealden’s heritage.

The Open Spaces Society provided vital support and advice to our campaign and as a result I decided to join the society.

Brendan is a member of East Sussex Local Access Forum representing the interests of walkers.  For relaxation he enjoys riding his classic Honda motorcycles and choral singing in festivals across Europe.

His other current projects include the restoration of a listed Victorian church and acting as election agent for the Labour Party in East Sussex.