Twenty Crowborough Councillors from all three tiers of local government (County, District and Town) have signed an open letter expressing their anger over Wealden District Council’s plan to approve planning permission on a new site in Crowborough.

The proposed development by Catesby Estates will see up to 100 houses built to the North of Walshes Road.  The detailed designs of the 160 houses on the across the road on Walsh Manor Farm were approved  by the Planning Committee just a couple of weeks ago. 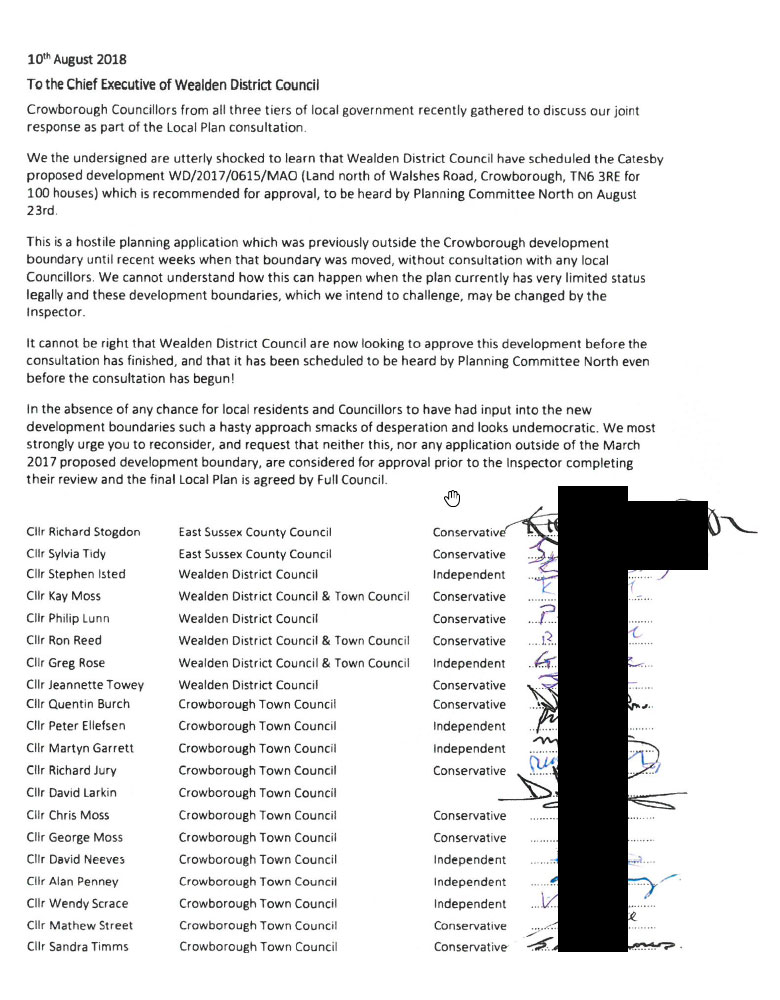 Crowborough Councillors from all three tiers of local government recently gathered to discuss our joint response as part of the Local Plan consultation.

We the undersigned are utterly shocked to learn that Wealden District Council have scheduled the Catesby proposed development WD/2017/0615/MAO (Land north of Walshes Road, Crowborough, TN6 3RE for 100 houses) which is recommended for approval, to be heard by Planning Committee North on August 23rd.

This is a hostile planning application which was previously outside the Crowborough development boundary until recent weeks when that boundary was moved, without consultation with any local Councillors.  We cannot understand how this can happen when the plan currently has very limited status legally and these development boundaries, which we intend to challenge, may be changed by the Inspector.

In the absence of any chance for local residents and Councillors to have had input into the new development boundaries such a hasty approach smacks of desperation and looks undemocratic.
We most strongly urge you to reconsider, and request that neither this, nor any application outside of the March 2017 proposed development boundary, are considered for approval prior to the Inspector completing their review and the final Local Plan is agreed by Full Council. 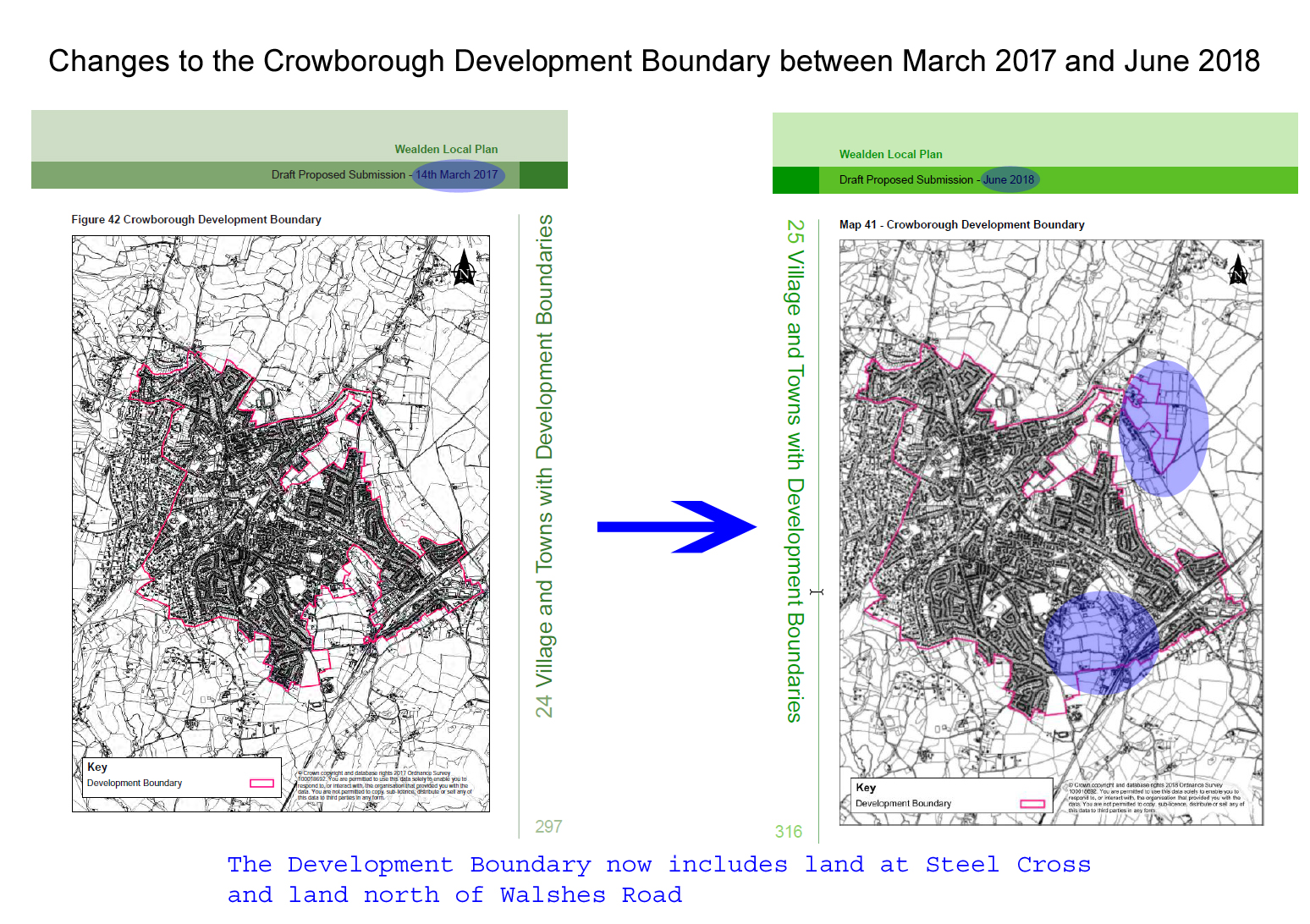 Councillor Greg Rose resigned from the Conservative Party after being sacked from an influential committee after speaking-out about the issue at Full Council on the 18th July.

The Development Boundary for Crowborough was changed in the new Local Plan to include the site in question, as well to allow additional windfall development on land at Steel Cross.

This is the first time in many a years that local Councillors for Crowborough, from all tiers of Local Government, have put their political differences aside to tell Wealden this simply isn’t acceptable.  This planning application is being recommended for approval by Wealden Officers based on the new proposed development boundaries which form part of the draft Local Plan.  However this hasn’t even gone through consultation yet!  This is undemocratic and smacks of desperation by Wealden.

The south of Crowborough has already seen 220 new houses approved which haven’t been built yet, and therefore the impact on the road system is unknown.  Wealden are now saying that an additional 100 houses are acceptable.  The fact they are trying to push this through at Planning Committee North on 23rd August, before the consultation on the Local Plan has been completed is just wrong.  In fact this application had been prepared and was scheduled to go to committee even before the consultation had begun!

If Wealden District Council and Catesby Estates proceed in this manner, ignoring elected Councillors requests for a postponement until the new Local Plan is approved, then this will show all residents of Wealden that the District Council will do whatever it wants, with no concern and without listening to those it effects most.

In response to the open letter dated 10th August from Crowborough Councillors, I am replying on behalf of Wealden District Council and my comments are below:

The public can give their views on the new Local plan via the Council’s Consultation Portal from Monday (13th August) until the 8th October 2018.  Hard copies of the Local Plan and associated documents can be viewed at the Crowborough Town Hall and Crowborough Library.  Click to download a map showing the Crowborough Development Boundary.