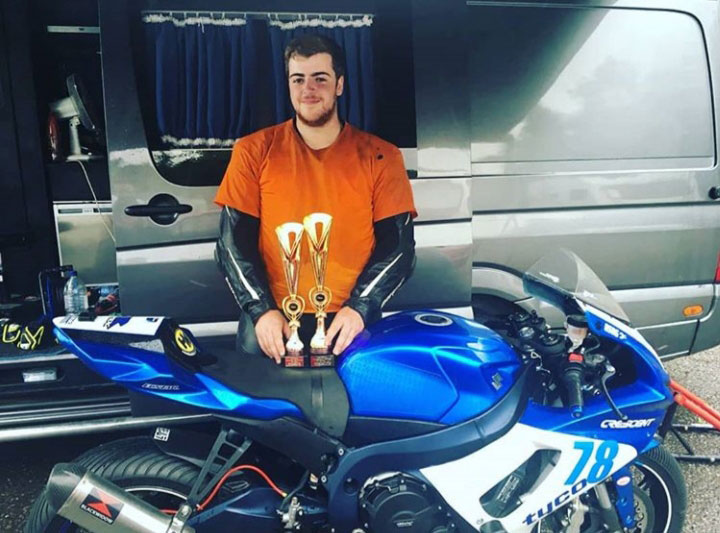 Last year was Jamie’s rookie year and he raced in a class called Rookie 600.  Jamie describes his performance:

It was an up and down season. I had a few podiums at Brands Hatch when I raced with a club called ThundersportGB.  I had a 1st, 2nd and 3rd over that weekend.  I also had a couple of crashes last season including one big one at a track called Snetterton.  I highsided in the wet which I was lucky to walk away from unhurt with just a sore neck.

Now its the 2019 season and he has jumped onto a 1000cc, racing in the newly-formed Thunderbike Ultra series on his Suzuki GSXR 1000.  So he’s up against experienced racers on a much more competitive grid.  The first round of the year was held at Brands Hatch over the weekend of the 9-10th March.  He was delighted to finish on the podium in the final.  Jamie sent CrowboroughLife his race report:

Well that’s the first race weekend of the season done and what a weekend!  All weekend I was suffering with horrendous

pain from arm pump and was struggling to do more than six laps without having to pull in.  I knew I had to ride through the pain in the races!  I managed to put in a decent qualifying time which put me on the third row of the grid.

Race 1 got off to a good start keeping up with the front runners.  Then after the 6th lap the dreaded arm pump took over and slowed me down but I managed to finish the race in 4th!  Second race was a similar story but finished in 5th.

Then Sunday races came and I knew I had the pace to keep up with the front runners!  Race 1 was a strong race but still a 4th.  Then in Race 2, I had a great start and pushed hard and rode through the pain of the arm pump all race and it paid off by finishing in 3rd!  My first non-rookie race weekend and I finish on the podium!

Hopefully with more to come! 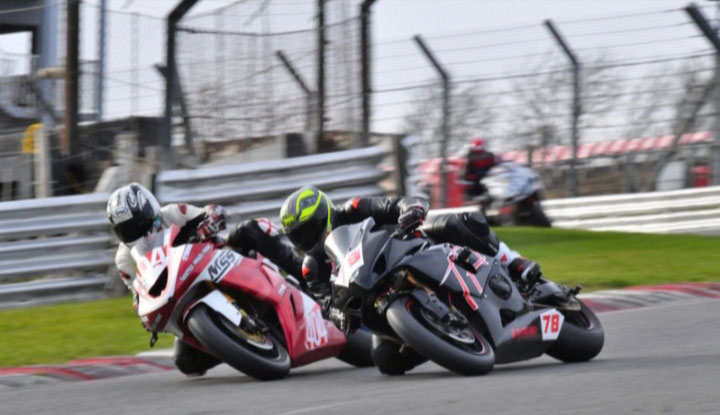 Jamie’s team name is Team Ruby Racing – named in memory of his Nan.  If you want to follow his progress through the season, you’ll find his updates on Instagram.   Jamie’s looking for sponsorship – if you are interested you can get in touch via his email jamiethomasmt@gmail.com.