For a number of years the model boating lake at Goldsmith Recreation Ground has had a problem with invasive pond weed. 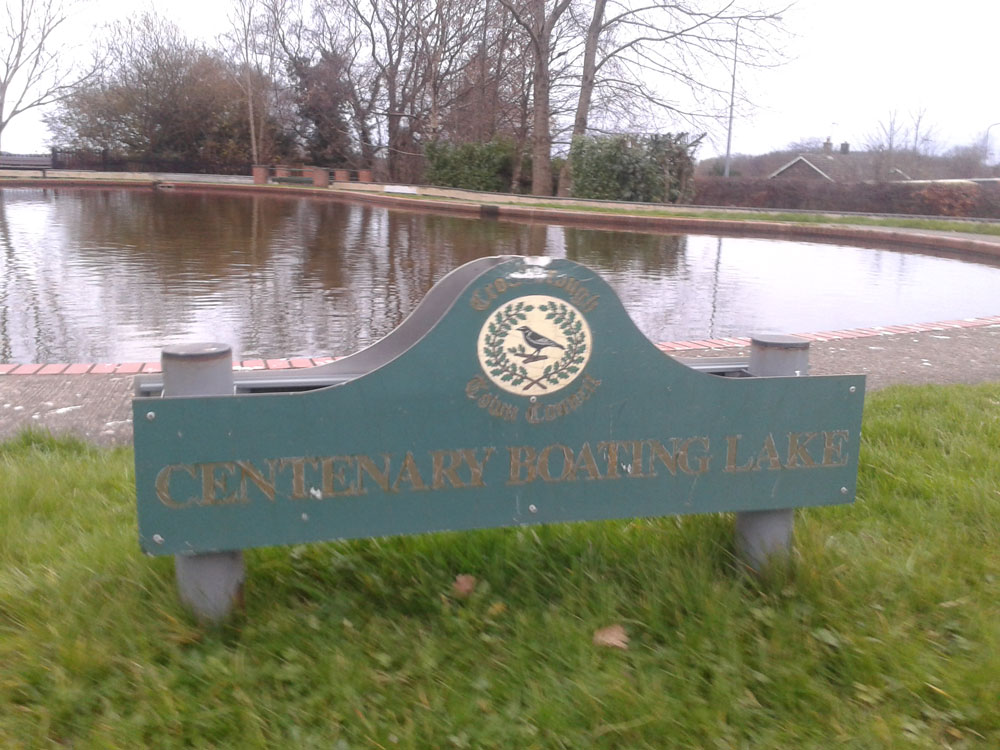 On occasions the weed was getting wrapped around the propellers of the boats and they were getting stuck.  The Town Council’s ground staff have been controlling the weed by removing it by hand, but this has been getting very time-consuming.  At the bottom of the pond is a liner, covered in a layer of pea gravel.  This current substrate is ideal for the rooting of the weed. 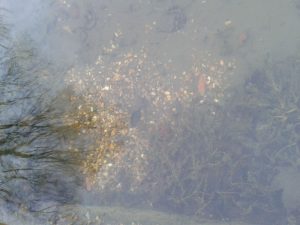 At the last meeting of the Sport, Recreation and Cemetery Committee, Councillors considered a paper from the Town’s Ranger, Daniel Colborne, outlining longer-term solutions to the solving the problem.  They discussed placing slabs on the bottom, using chemicals or black dye to inhibit growth of the weed and the restoration of a nearby wildlife pond as an alternative habitat for amphibians.

The Town Council agreed to drain the lake this winter and spent spend up to £9,000 concreting the bottom.   The pond, thought to contain about 22,000 gallons of water, will naturally refill from rainfall by the start of the boating season around Easter.

The pond has been home to frogs, toads and newts, and in 2016 one great-crested newt was spotted by a member of the public, later confirmed by a local expert Barry Kemp.  Great-crested newts are highly protected, it is an offence to intentionally or recklessly disturb, injure or kill them, their young or damage their environment.  As removing the weed would disturb the newts eggs, it could have been considered an offence and maintenance work could not take place during the breeding season.

During a series of follow-up surveys this year no great-crested newts were found in the pond.  But there had been a noticeable increase in the population of sticklebacks.  Sticklebacks are carnivores and eat tadpoles.  According to the survey report, it is thought a member of the public may have added the fish to the pond to deter the newts.  Doing so would be contrary to the legislation.