Update: The clock tower at the Fernbank Centre has been repaired following the lightning strike in August. 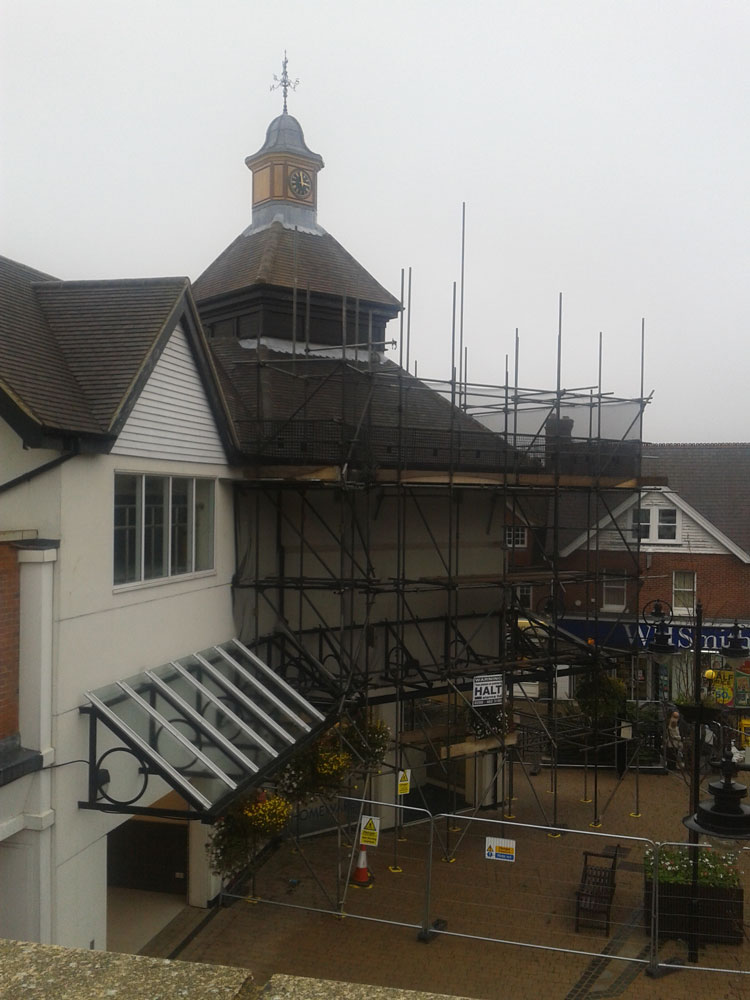 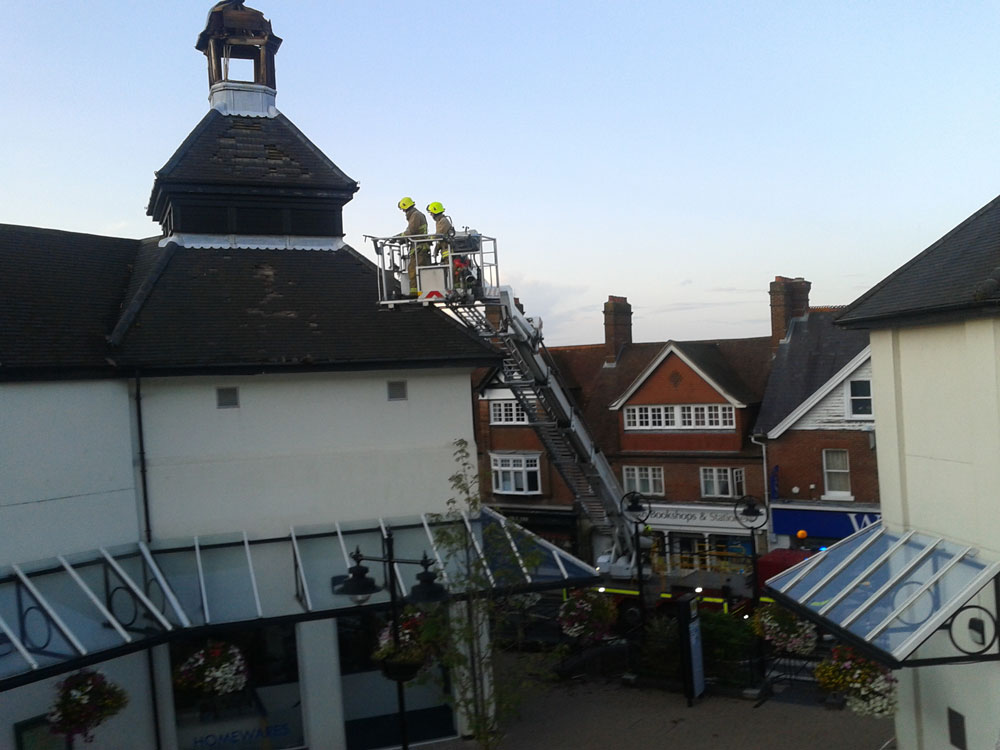 This afternoon (11th August) lightning struck the clock tower in the Fernbank Shopping Centre in Crowborough.

Parts of the clock and tower situated above the Original Factory Outlet shop fell to the ground outside the shop.

It happened at 4.50pm – the remaining clock face still shows the time of the lightning strike.

Karen Diton from Peacehaven was with her mum Muriel Smith from Blackness Road and and her grandson.  They were just leaving Harris & Hoole when it happened.  She told CrowboroughLife:

There was an enormous bang which was deafening and I have never heard anything like it before – it is how I imagine an explosion would sound.  I saw smoke coming from the clock tower so raced over to the factory shop and shouted for them to evacuate as I was concerned that there was a fire. There was a member of staff already ushering the public out.

I work for the ambulance service as a member of patient transport so obviously I was concerned that there could be injuries.  I rang 999 for the fire brigade, I think others had as well as they were there very quickly.

There was debris scattered some distance from the clock tower.  If it had not been raining so hard we would have left the coffee shop few seconds earlier and have been walking right by the shop as we were heading towards Morrisons!! My grandson Connor aged 7 was not scared and asked loads of questions later on!!

Police and firefighters from Crowborough Fire Station were quickly on scene and cordoned off the area.  Luckily there were no reports of any injuries.

The fire service requested the attendance of the aerial ladder from Brighton to have a closer look and remove any loose debris from the roof. 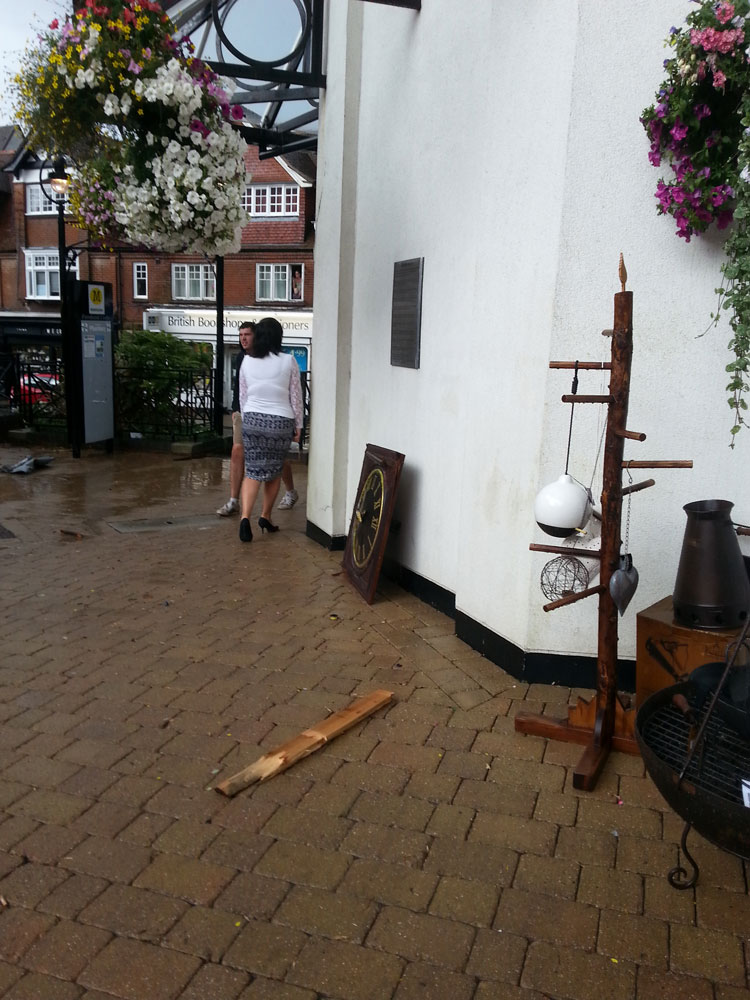 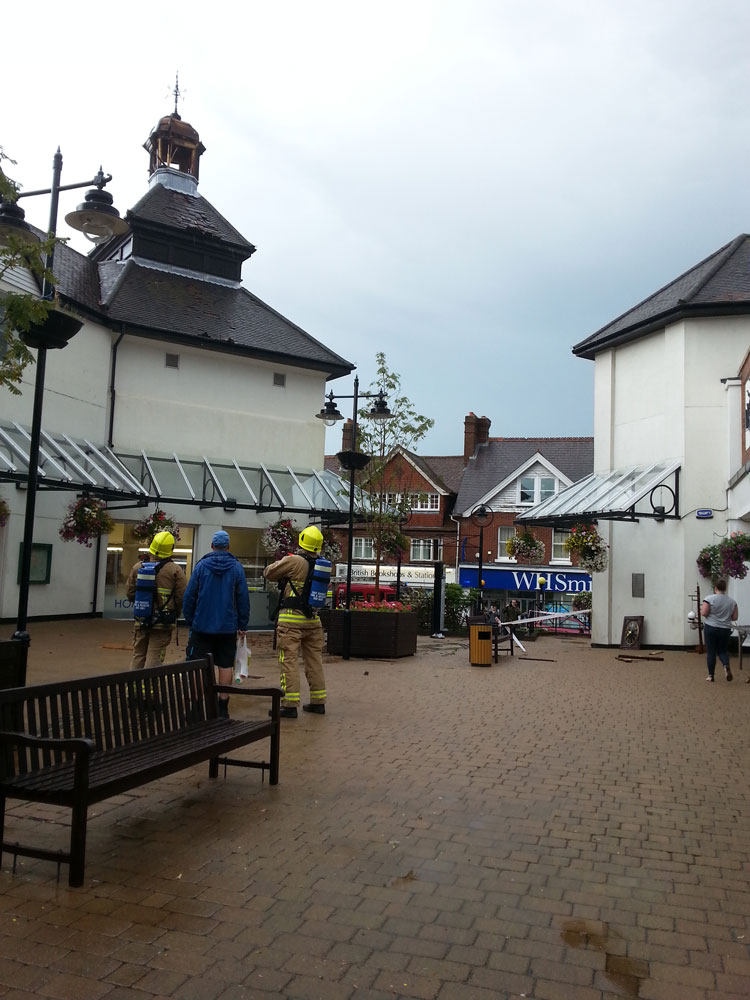 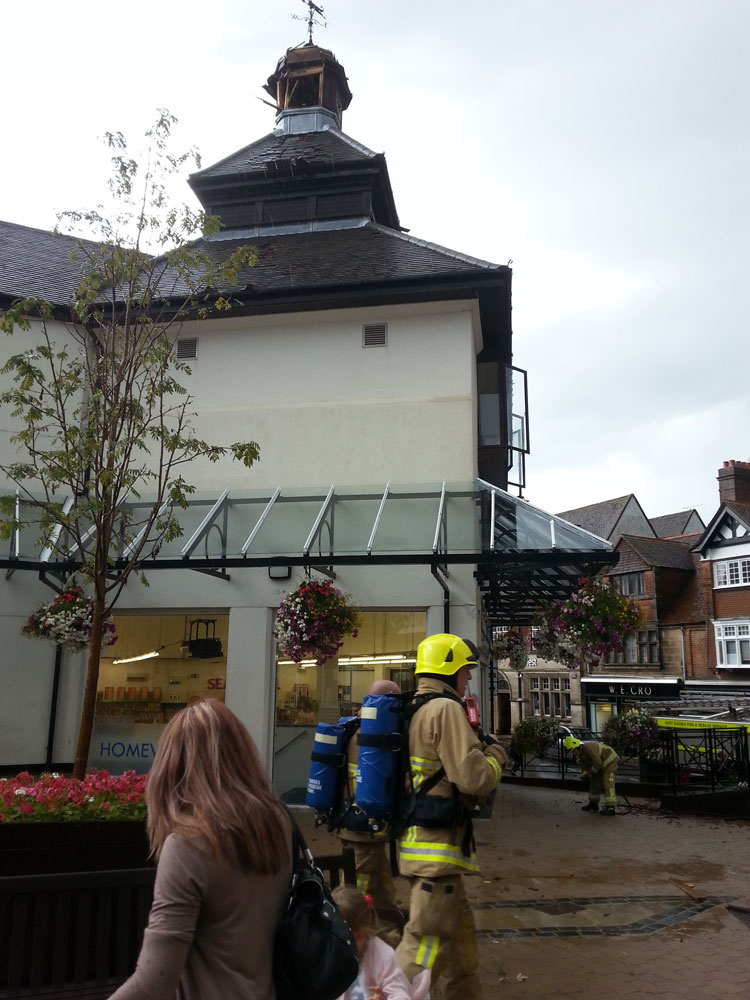 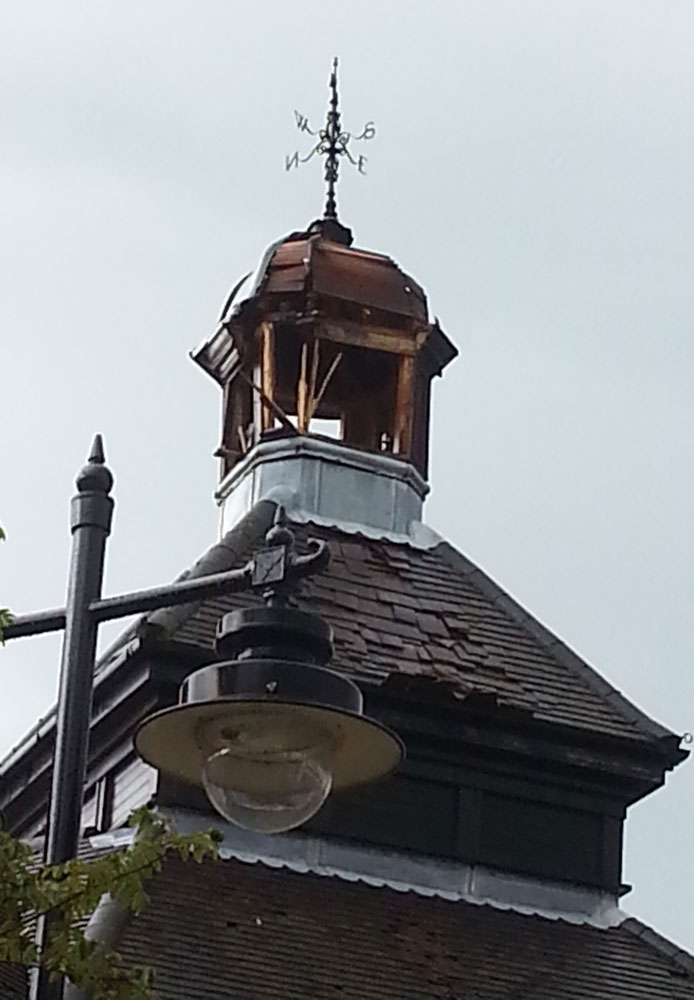 It is understood the Crowborough Community Centre was also struck by lightning as they were experiencing problems with their electricity supply and telephones.