As part of the  ‘I Care for Crowborough’ event last week, children and young people joined other eager volunteers to ‘do their bit’ to clean up the town. 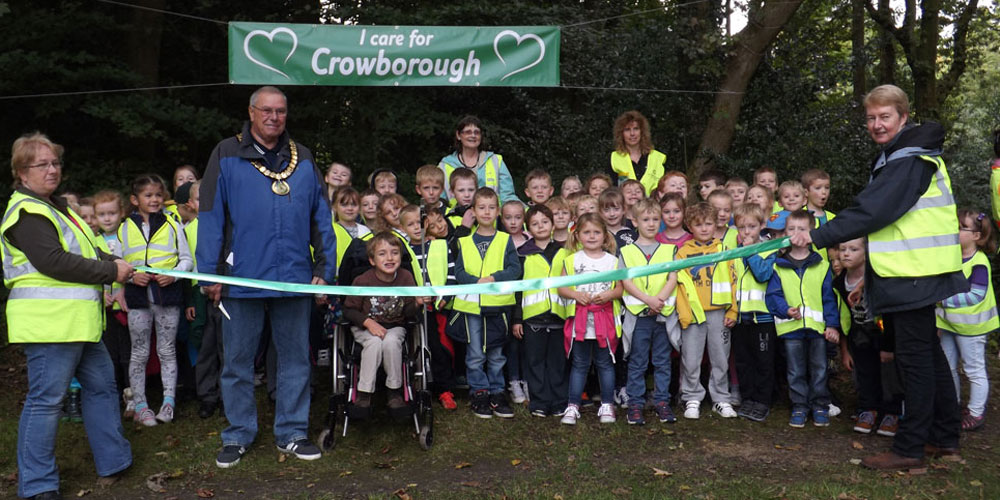 The new initiative, spearhead by Crowborough Town Council, was launched on Monday at the Bluebell Wood (more photos on Facebook), with infants from Ashdown School taking part Among the adults who turned-up to litter pick around the town were members of the WI and staff from Waitrose. 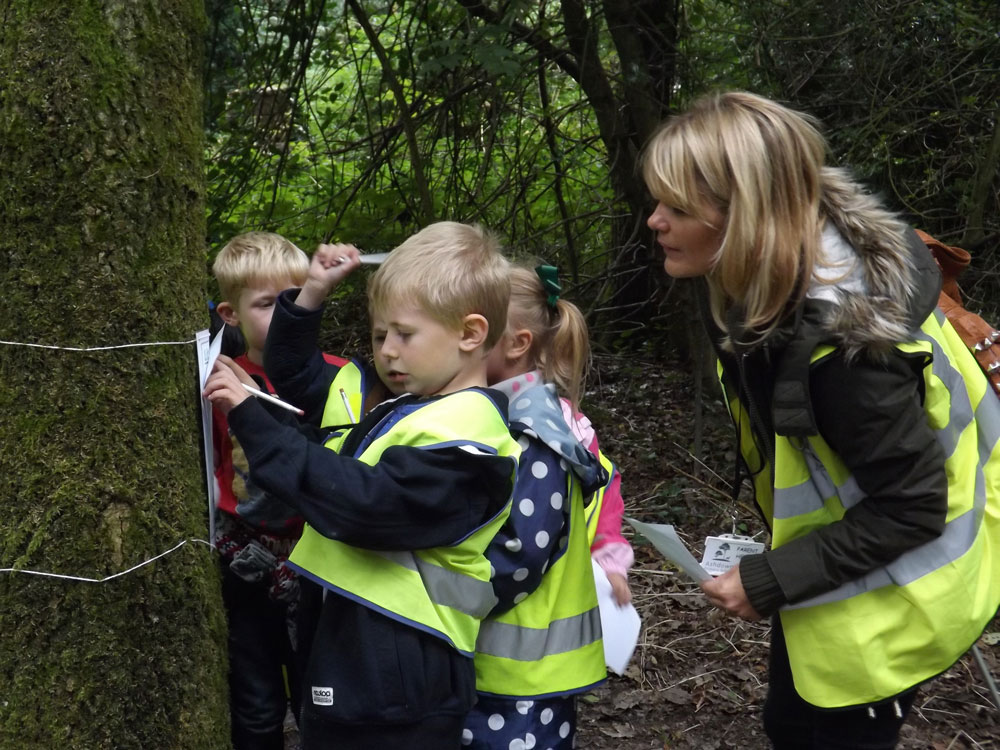 Janet Hogg, Deputy Head told CrowboroughLife why the school wanted to get involved:

Being an Eco school means that environmental issues are part of our ethos at Ashdown Primary.  Our Year 2 Learning Journey this term is all about saving the planet and we wanted the children to realise this meant locally as well as globally.  We also want the children to be proud of where they live and to know they can take an active part in keeping Crowborough tidy.

During the week other litter picks were held at Goldsmith and Jarvis Brook Recs and Alderbrook Community Association organised their own ‘pick & party’ event.  There were also displays to encourage the public to Reduce, Reuse, Recycle.
St Johns Primary had an morning assembly taken by Cllrs Sandra Timms & Kay Moss to discuss littering and recycling.
On Friday students from Beacon Academy helped clear-up Poundfield Path which runs down the back of Fermor School and adjacant to the Secondary School.  And in the evening the Scouts did their own ‘twilight’ pick.  They set out from the scout hut on Whitehall Road in patrols (groups of 4 or 5) and spent an hour litter picking around the local area.  They were joined by Councillors and Wealden MP Nus Ghani.
Cllr Sandra Timms, Chair of the Environment Committee said:

I consider the  ‘I Care for Crowborough’ event was a great success.  The aim was to generate a feeling of Civic Pride in Crowborough and there was evidence of this during the week when we involved young people through three schools and the scouts and were met with great enthusiasm.  Giving out the flyers gave us the opportunity to speak many of the residents of Crowborough and the general response was ‘what a great idea’.  Members of the public joined in with the litter picks and the pick and party day.
I would like to say a huge thank you to everybody involved and and ask that the message  ‘I Care for Crowborough, Do you?’ continues to be promoted. 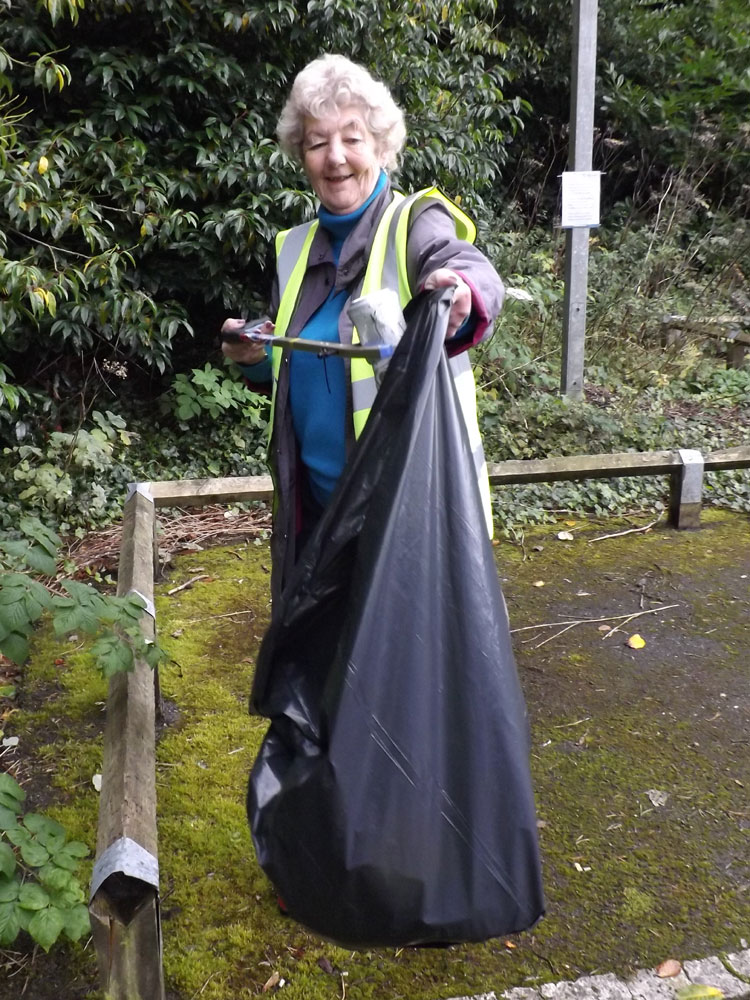 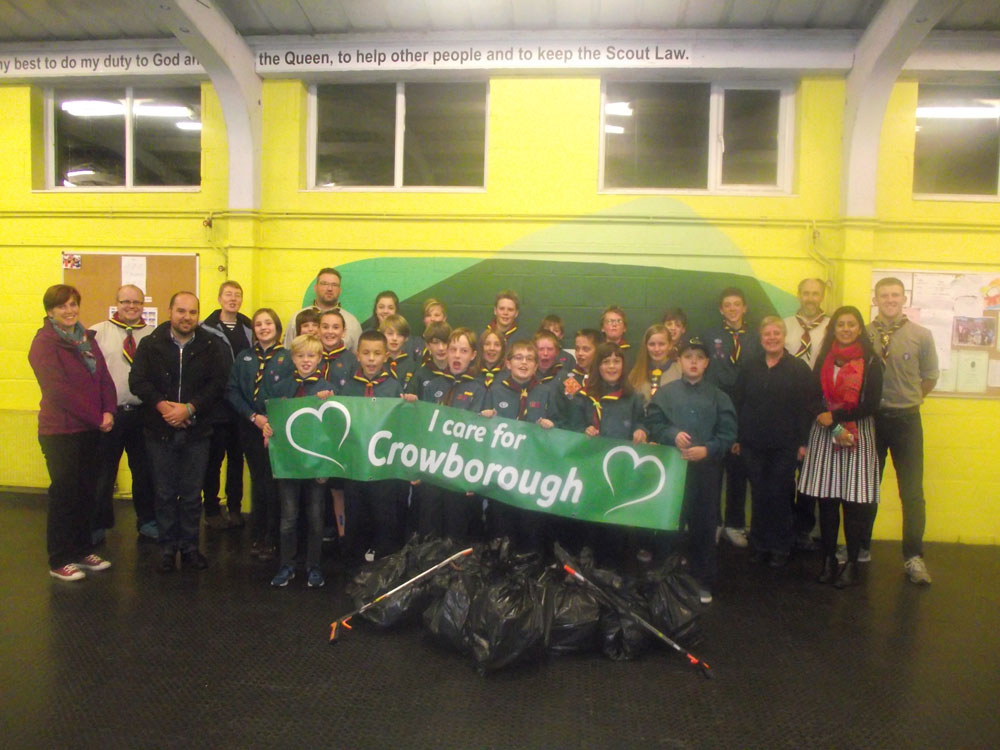 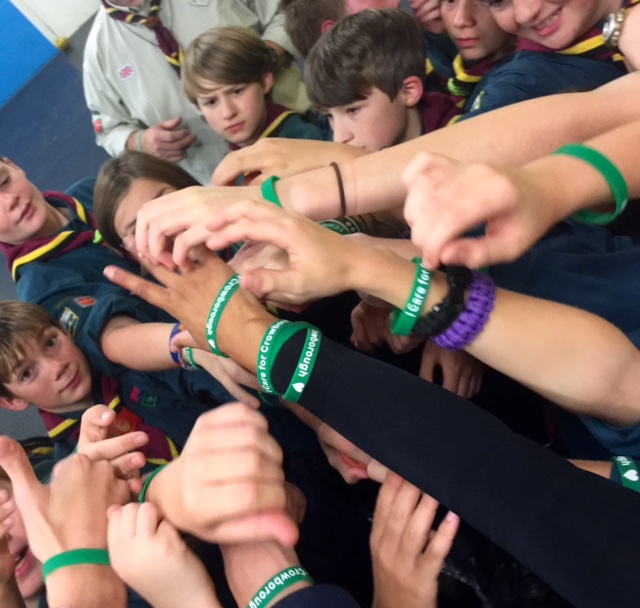 I Care from Crowborough wrist bands 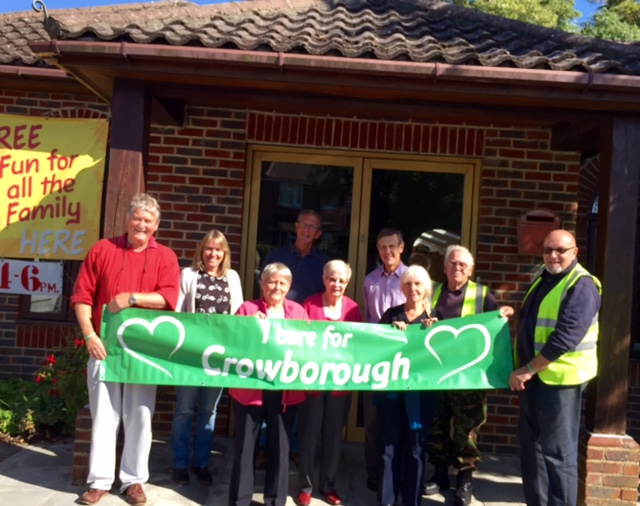 Volunteers outside St Richards in Alderbrook 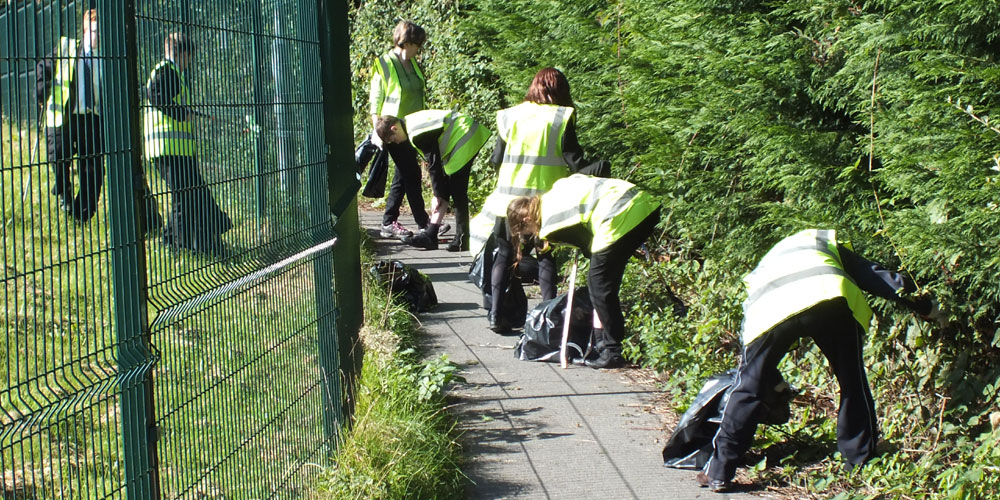 Thanks to Melanie Street Crowborough Town Council, Cllr Greg Rose and Southon Scout Troop for providing photo. If you are involved in anything going on in Crowborough remeber to take some photos and email them to Info@CrowboroughLife.com.