The Horder Centre in Crowborough has been awarded ‘Exemplar’ status by a national programme that promotes best practice to reduce the risk of venous blood clots in patients. 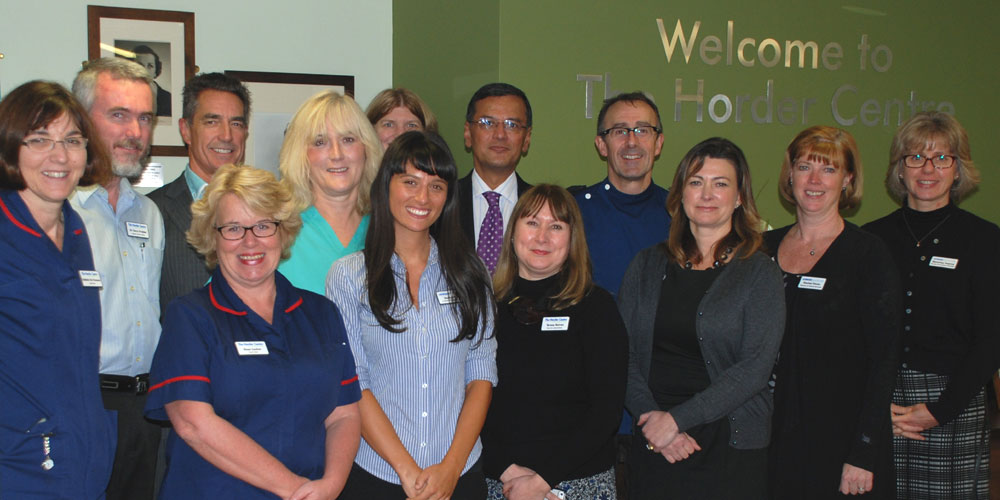 The Horder Centre joins around 24 other health organisations that have been recognised to date by the National VTE (venous thromboembolism) Prevention Programme for its commitment to significantly reduce the risk of pulmonary embolism and deep vein thrombosis.

The announcement comes after five years’ hard work and a joint effort from a wide range of staff in several departments, headed by Matron Alan Stewart.

Many of the criteria for achieving this award were practices previously in place at The Horder Centre, but the VTE team here is continually developing these practices and was able to show at the assessment that all standards to merit being an Exemplar centre were fully met.

I’m really delighted that we have been given this status. It comes about after a huge team effort and shows how VTE prevention is embedded in our organisation, keeping our patients as safe as possible from this risk.

The National VTE Prevention programme was introduced by the NHS as a clinical priority because VTE was a significant cause of death and disability in England with an estimated one to two people per 1,000 experiencing VTE.