An independent report has found that Sussex Police requires improvement in its use of resources.   The annual PEEL police efficiency assessment published today said the increase in demand meant that the workforce was stretched.

I am pleased to report that Sussex Police has again performed well in our efficiency inspection, being judged as ‘good’ this year and demonstrating progress on many fronts.

Sussex Police has a good understanding of demand for its services, and I am encouraged that the force is taking steps to bring all of its demand analysis together to give it a better overall picture of crimes that are often hidden from view, like modern slavery.

The force is improving its understanding of the things that affect demand.  I am pleased that the force has removed some inefficient processes in the control room and has taken effective steps to reduce the number of 101 (non-emergency) calls being abandoned.

At the time of our inspection the force had rightly reallocated resources based on its new policing model and I am pleased that the force is prioritising neighbourhood policing, but an increase in demand meant that the workforce was stretched.  Commendably, the chief constable and his team have since taken swift action to address this.

Sussex Police works well with other forces, particularly Surrey Police, and is seeking new opportunities for collaborative working to achieve further savings.  The force is also developing a partnership with East Sussex Fire and Rescue Service and works well with other partners, like local councils, to reduce demand.

The force’s plans are realistic and have been subject to external scrutiny and challenge.  It is to be commended that the force aims to achieve its savings targets while investing for the future.  I have every confidence that the chief constable and his team will continue to take all necessary steps to secure ongoing efficiencies while keeping the communities across Sussex safe. 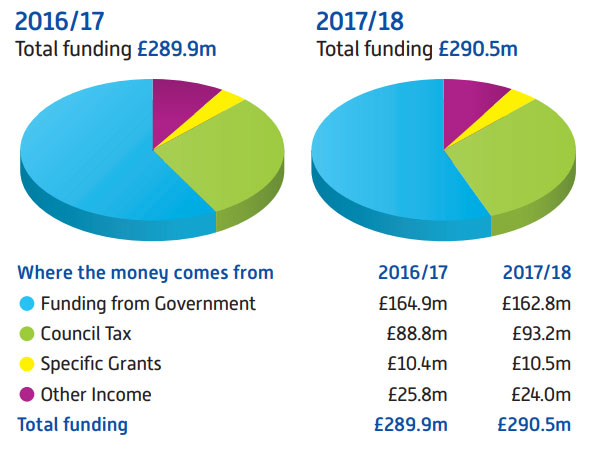 Her Majesty’s Inspectorate of Constabulary and Fire & Rescue Services (HMICFRS) assesses and reports on the efficiency and effectiveness of police forces to tackle crime, anti-social behaviour and terrorism, improve criminal justice and raise confidence.  HMICFRS inspects all police forces in England and Wales together with other major policing and law enforcement bodies.  In July, HM Inspectorate of Constabulary took on the responsibility for fire & rescue service inspections and was renamed.  These are the third annual efficiency reports to examine how well police forces in England and Wales understand demand, use their resources and plan for the future.  Two forces have been graded as ‘outstanding’, thirty forces as ‘good’, ten forces as ‘requiring improvement’ and no force as ‘inadequate’.

With a squeeze on Government funding over the last seven years, Sussex Police has had to make £76 million of reductions and efficiencies towards balancing its books.  The Sussex Police and Crime Commissioner (PCC), Katy Bourne will on Monday launch a another round of consultation asking members of the public if they would be prepared to pay more for policing in their Council Tax.  Since taking office in 2012 the Conservative PCC has raised the police’s portion of the bill by £15.49 for an average (Band D) household.  Last year 4,500 people responded with almost 80% supporting an increase in order to fund over 100 additional officers and specialist staff.

Yesterday the Home Office sent this Tweet.  In the video the Policing Minsister said “we’re determined to make sure the police have the resouces that they need”:

In June, the MP for Wealden was appointed as the Parliamentary Private Secretary to the Home Office.  In her role Nus Ghani said she will serve as a link between Government Ministers and backbench MPs.

We welcome HMICFRS’s views that our plans for the future are ‘realistic and practical’, with the reassurance that these have been subject to external scrutiny and challenge.

They have judged us as ‘good’ in understanding demand and planning for the future. 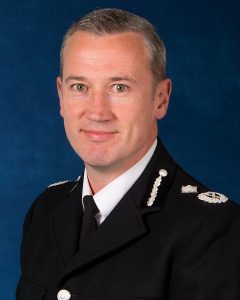 At the time of the inspection of we were part-way through a transformational change programme which has changed how we provide local policing in the community.

Our local policing model has now been fully implemented just this week.  It sees teams working together to identify the best ways of solving problems to keep people safe and feeling safe.  These changes address many of the concerns cited by HMICFRS and ensures that we have the right people in the right places to protect those most at risk of harm.

However, as is being increasingly recognised nationally, these are challenging times for policing with both increasing and new demands being placed on our service at a time when we have fewer people to respond.  That is why our new model is flexible so we can best use the resources we have at our disposal now and we will look to invest where needed in the future.

We have had to make difficult decisions but we’re pleased with our new model which sees teams taking a smarter approach to the way they prevent, detect and tackle crime.  To sustain this model in to the future we will work with Sussex Police and Crime Commissioner Katy Bourne to ensure there are sufficient funds to help offset the 26.5m further savings that need to be found over the next three years.

It is by investing in our staff, targeting their efforts in to where they can make a difference, and collaborating with partners that we can prevent crime and resolve local issues right up to combating serious organised crime and threats of terrorism through regional and national support.

The inspection took place six months ago.  Sussex Police has said it already actively working on the areas of improvement identified by the Inspectorate.

The new Investigation and Resolution Centre will help them to meet their demands, dealing with the incidents that do not require a face-to-face response, over the phone.  The centre enables emergency response officers to attend where there is the greatest need.  Mr O’Reilly added:

As a consequence of the HMICFRS’s inspection, improvements are already being made in our Contact Centre, which has also seen a steady increase in demand.  Switchboard operators are integral to the correct routing of calls, determining those which are priority crime calls and those which are non-priority.  At times of high call volumes waiting times for non-crime calls can lengthen, resulting in some callers abandoning.  We realise waiting can be frustrating and that is why the force has recently launched a contact card with all the different ways the public can get in touch.  This was developed to ensure the public get the right help they need from us and also know when contacting the police is not the right service to call.

The force’s financial plan is to achieve its savings targets while investing for the future.  The report highlights our commitment to be innovative and research new ideas, investing in technology and seeking ideas from the workforce, who have helped design the local policing model.

Working together with partners we are striving to efficiently deliver an effective service in keeping the communities we serve safe, and feeling safe; identifying and protecting vulnerable people; and preventing and responding to harm.

Police and Crime Commissioners are elected by the public and their role is to be the voice of the people and hold the police to account.  Sussex’s Commissioner Katy Bourne said:

As PCC, I use these independent reports as part of my scrutiny of the force so it is reassuring that this report recognises that Sussex Police works efficiently to keep people safe and reduce crime and overall has been given a ‘good’ rating. 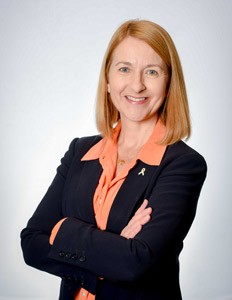 However part of the report has found that Sussex Police requires improvement in its use of resources to manage demand.  Whilst I recognise that Sussex Police has seen an increase in demand and I know that officers are carrying high workloads across all departments, it is worth noting that this inspection took place six months ago – before the final changes to the force’s local policing model were completed.

We need to give Sussex Police time to embed these changes following the introduction this month of the new Prevention Teams who will be working with partners and the public to identify the best ways to solve problems.

It is my job to help Sussex Police explore and identify all opportunities for investment in order to manage future demand.  That is why I have carried out a review of the amount of money Sussex Police holds in its reserves and released £15m to reduce the impact of reductions in police officer numbers.

You can read the full report on the inspectorates website: www.justiceinspectorates.gov.uk.