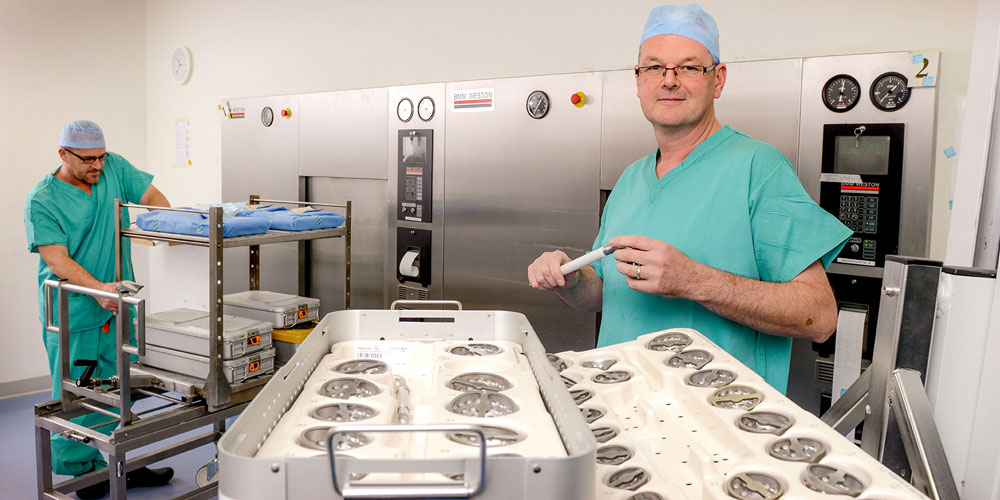 The number of people aged under 55 opting for hip and knee replacements is on the increase, says specialist orthopaedic hospital The Horder Centre.

Although traditionally new hips and knees have been mainly procedures for the over 60s, a recent analysis by the Royal College of Surgeons, based on Hospital Episode Statistics (HES) data for England, shows that the trend is changing as younger people are not prepared to give up their active lifestyles and are electing to have a joint replacement.

Statistics at The Horder Centre in Crowborough, which is run by charity Horder Healthcare, also reveal a similar trend in recent years.

Television presenter Eamonn Holmes, 56, has been in the headlines recently after his double hip replacement following years of suffering.

People’s expectations have changed and they no longer want to be putting up with pain that stops them exercising and being active in middle age. With the advancement of techniques for this kind of surgery, although joint replacement surgery is still a major procedure, patients feel more confident that a replacement will last for many years and give them a better quality of life.

Horder Healthcare celebrated its 60th birthday in 2014.  Its focus is to advance health, by continuing to provide outstanding services including elective orthopaedic surgery, physiotherapy and a range of health and wellbeing specialist classes as well as the specialist services available at The McIndoe Centre including maxillofacial services, ophthalmology, and reconstructive plastic surgery.