A charity that awards grants to deserving projects within communities affected by operations at Gatwick Airport has been opened-up to application from Crowborough, Rotherfield and Heron’s Ghyll.

Gatwick Airport Community Trust (GACT) supports schemes that are targeted towards the development of young people, the arts, sporting facilities, environmental improvement and conservation, improvements to community facilities, volunteering, the elderly and the disabled.  The normal level of grants is from £1,000 to £5,000.

The independent charity has been awarding grants annually for the past 13 years to parts of East and West Sussex, Surrey and Kent.   During that time hundreds of projects have benefitted from funds. 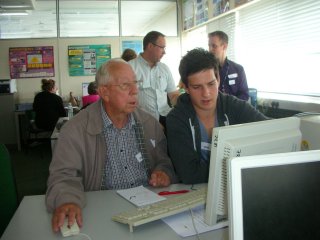 Anyone seeking funding for a local community project can get more information and download application forms from www.gact.org.uk.

There are just a few weeks to go until the deadline for this year’s grant applications to Gatwick Airport Community Trust. All applications must be received by Friday 11th March to be considered for a grant award in this year’s funding programme.

The Trust is an independent charity that has been in operation since 2002 as part of the legal arrangements between West Sussex County Council, Crawley Borough Council and Gatwick Airport Limited following publication of the airport’s Sustainable Development Strategy.  The purpose of setting up the Trust was to ensure that, as the airport continued to grow, funds generated by the existence of the airport should be made available to a board of independent trustees and they should be directed back into the community that was affected by the airport and its continuing growth.