Gemma Freeman, who works as a senior physiotherapist at The Horder Centre in Crowborough, has been selected to represent Great Britain in the ITU World Triathlon championship next month. 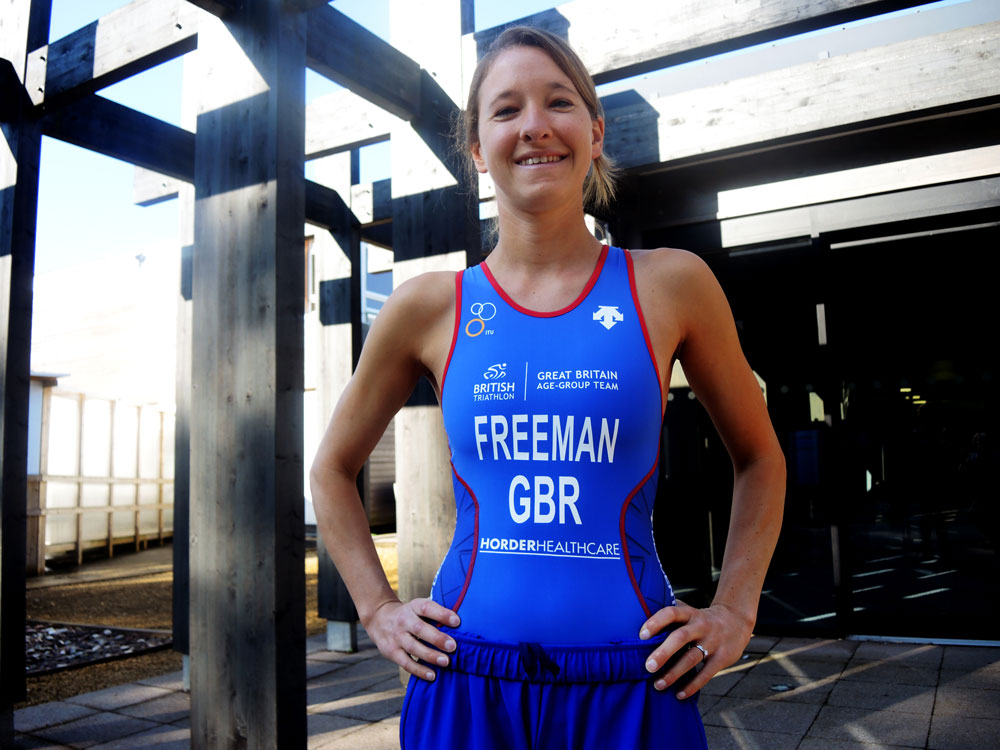 She was selected for the team after taking part in an event at Arundel in July, just three months after competing in her first triathlon in Steyning.

Gemma has always been sporty and played a lot of football until a year ago when an old neck injury flared up.

She decided to give triathlons a go, though had never really swum competitively until she joined the Brighton Triathlon Club where she began training.

I was really delighted to be selected for the team.  I’m really looking forward to it and am just going to see how it goes for my first national event.

Gemma, who joined The Horder Centre in 2011, has a specialist interest in musculoskeletal and sports injury rehabilitation.