On Thursday evening (13th October) emergency services were called about a car and a van at the junction of Beeches Road with East Beeches Road. 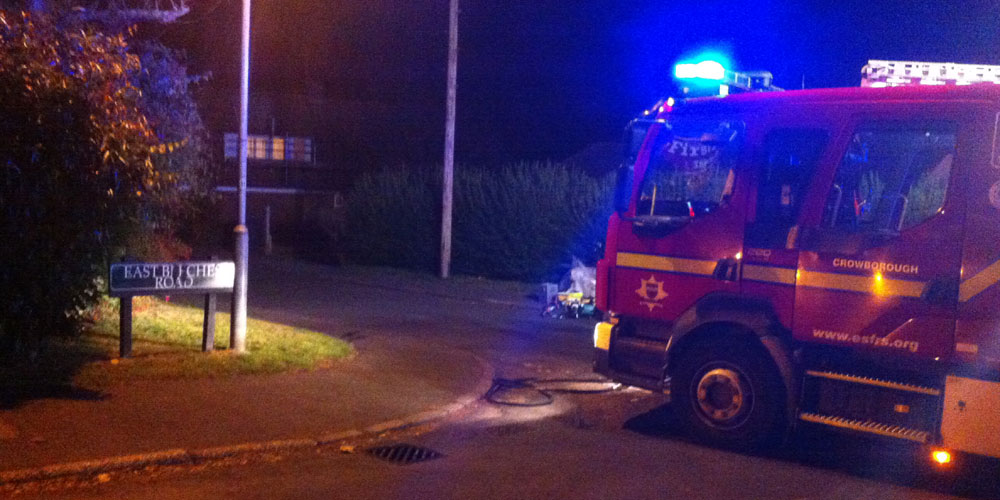 Two fire appliances from Crowborough Fire Station and two ambulances were mobilised to the scene of the crash.  Fire crews cut two people free from the wreckage.

The van driver was unhurt.   The car driver was seriously injured and her passsenger, an 87-year-old woman from Crowborough, sustained critical injuries.

Both woman were taken to Pembury Hospital in Tunbridge Wells.

Police are seeking witnesses to a crash.  Anyone with relevant information is asked to email collision.appeal@sussex.pnn.police.uk or phone 101, quoting serial 1315 of 13/10.