Update: It is understood a court has now appointed an official receiver to liquidate the company’s assets in order to repay creditors.  This document will be available to view on the Companies House website by 21st September 2018.

CountyLine’s website now states the firm has gone into administration and directs enquiries to Wilson Fields. However the insolvency company has issued the following statement to CrowboroughLife:

Wilson Field were engaged on 1 June 2018 by the director of the company to assist in placing the company into Administration.

On review of the circumstances it is apparent that there has been significant information withheld by the director of the company that will have impacted on the advice given and the course of action suggested.

Despite a number of attempts we have been unable to make contact with the director and have been made aware of ongoing police investigations.

In light of the above circumstances, Wilson Field has taken steps to disengage from the company and is no longer taking the appointment as administrators.

Creditors are advised to liaise with the police in respect of any claim they may have against the company.

CountryLine Extensions and Refurbishment company based on Crowborough High Street has today (Wednesday 23rd) taken down their website and replaced it with the following message:

Due to malicious slanderous comments made about our business, we have decided to pause trading while we seek legal advice on best how to move forward.

We will be back soon 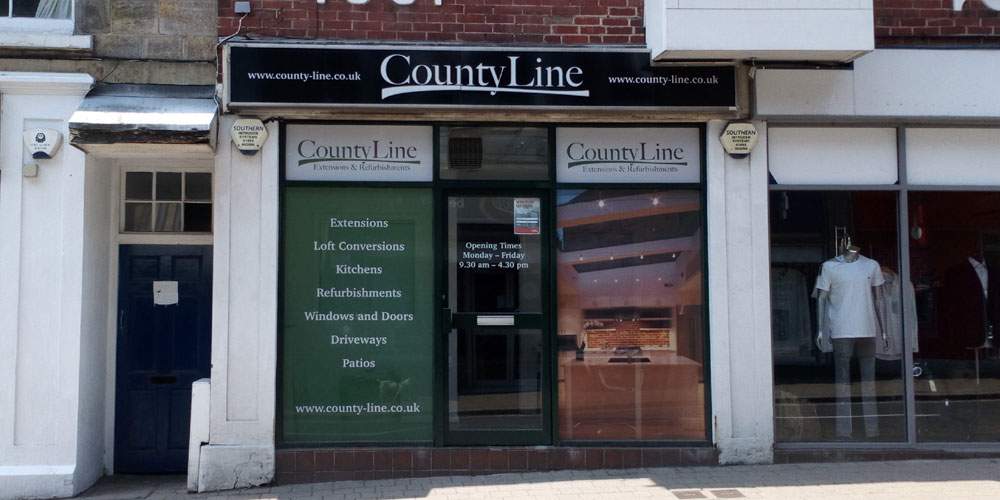 You have reached office of CountyLine.  Due to some scandalous reviews online we have experienced a high number of calls.

I have taken the decision to paused trading to enable me to get some legal advice on how to move forward regarding this situation.

I am astonished and disappointed how the scandalous lies have caused a snowball loss of faith and unsettled customers and massive stress to myself and my company.

I apologise for any stress caused to you, me, and I will endeavor to resolve everything all parties involved as soon as possible.

Until it was replaced their website said they were members or accredited by the following schemes:

CrowboroughLife contacted the Federation of Master Builders.  They provided the following statement:

We are extremely concerned by the reported actions of this firm and have taken immediate action to suspend it from FMB membership.  If the firm refuses to engage with the FMB’s disputes process, it will automatically be expelled.  If it does engage, it must come before the FMB’s National Standards and Conduct Committee which has the power to remove the firm from membership.  We have reported the firm to Trading Standards and are working with them, and the affected clients.  We have also logged a report with Action Fraud.

Before joining the FMB, members must meet our strict membership criteria, as well as passing our stringent vetting process.  All new members must undertake an independent inspection before joining and from 2020, all existing members will have been inspected at least once and will continue to be on a rolling basis every three years. Member inspections are carried out by the British Board of Agrément, an independent organisation accredited by the United Kingdom Accreditation Service (UKAS).  These checks provide much higher levels of protection to consumers than are available elsewhere.  However, as with every process, it is not perfect and on occasion, a less than adequate firm has slipped through the net  When this happens, the FMB has robust procedures in place for dealing with such instances and we will expel any firm we believe to be a threat to consumers or to the good reputation of the FMB.

TrustMark is the only Government endorsed ‘find a tradesperson’ scheme in the UK.  They said they were not prepared to discuss the situation regarding individual registered firms.  They however said the customers dissatisfied with an accredited business should follow their complaint process.

CountyLine Limited is registered at 4b Belmont Buildings on Crowborough High Street.  The company was incorporated in 2014 but only moved to Crowborough last year from offices in Purley Way, Croydon.  They occupy the shop previously used by the Banfield before the estate agents relocated to The Broadway.  According to Companies House also registered at the same address is another company with a similar name, CountyLine Installations Limited.  This second company was established in November last year.  Paul Davies is also the Company Director of CountyLine Installations Limited.
CountyLine have been contacted for a statement.