From today visitors to Crowborough Library will be able to see the touring exhibition exploring Sir Arthur Conan Doyle’s campaign to save the lives of British soldiers. 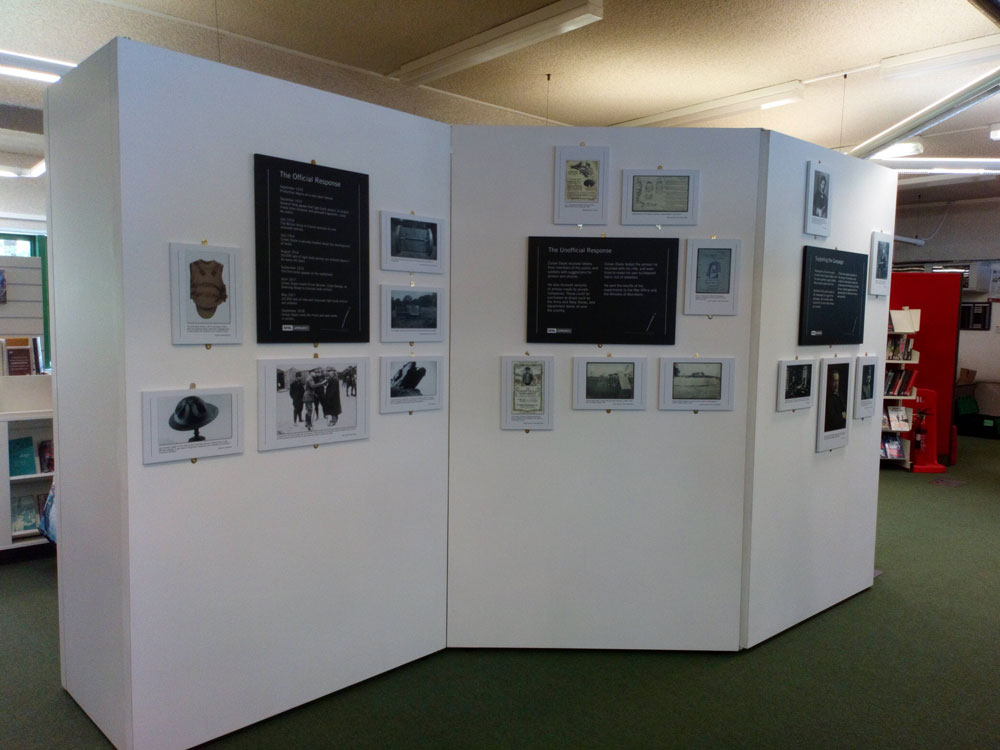 Conan Doyle is best known as the creator of the great detective Sherlock Holmes, although he received his knighthood in 1902 by King Edward VII not for his contribution to English literature, but for defending Britain’s conduct of the Boer War. 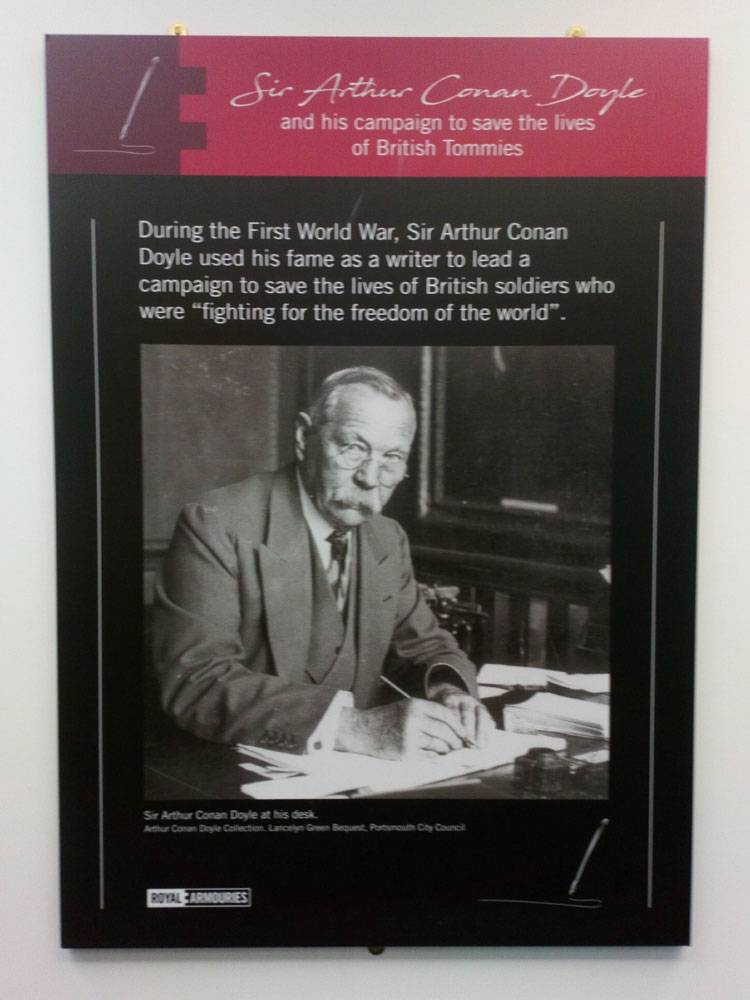 He was deeply affected by the death of family members killed in 1915 and in July of that year he wrote to The Times from his home in Crowborough suggesting that helmets, shields, armour would reduce the number of British casualties. 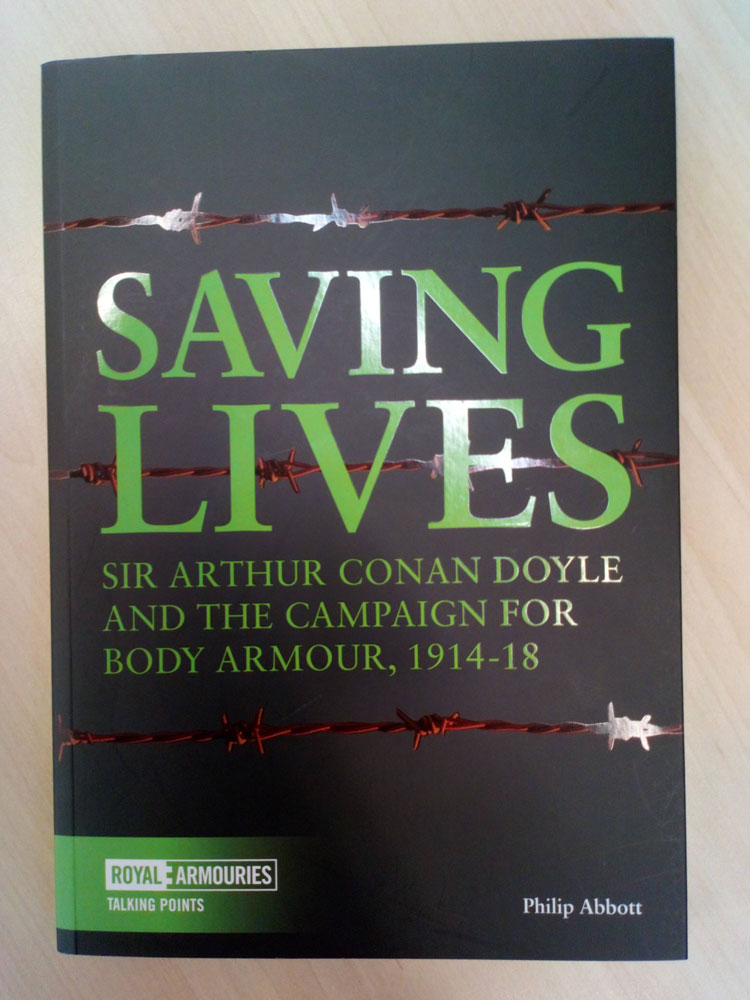 As 2018 is the Centenary of the end of the Great War a number of events are planned.  On Armed Forces Day (Saturday 30th June) the local branch of the Royal British Legion are inviting residents to witness the annual flag raising ceremony on Montargis Terrace near Waitrose, followed by displays and entertainment at the Crowborough Social Club.

Crowborough Festival are also planning several events in October to reflect and remember the lives of those commemorated on the War Memorials in Crowborough, Jarvis Brook and Rotherfield.

The Conan Doyle exhibition runs at Crowborough Library until mid-June (opening times).  It is accompanied by a talk from Philip Abbott, Archives and Records Manager at the Royal Armouries on Saturday 16th June.  The talk is free, but you must reserve your place.