Update: Compass Travel’s new timetable will be much less frequent throughout the day.

The current 06:55 journey will no longer operate due to extremely low use.  (Compass Travel have stated that no passengers were carried when last surveyed.)

The 227 school service will be revert back to Seaford & District.

The new timetables come into effect on 7th January. You can download the timetables here.

Original article (14th December): Compass Travel have said they want to make changes to the 227/228/229 bus from Crowborough to Tunbridge Wells and are in talks with passenger transport officers at the council. 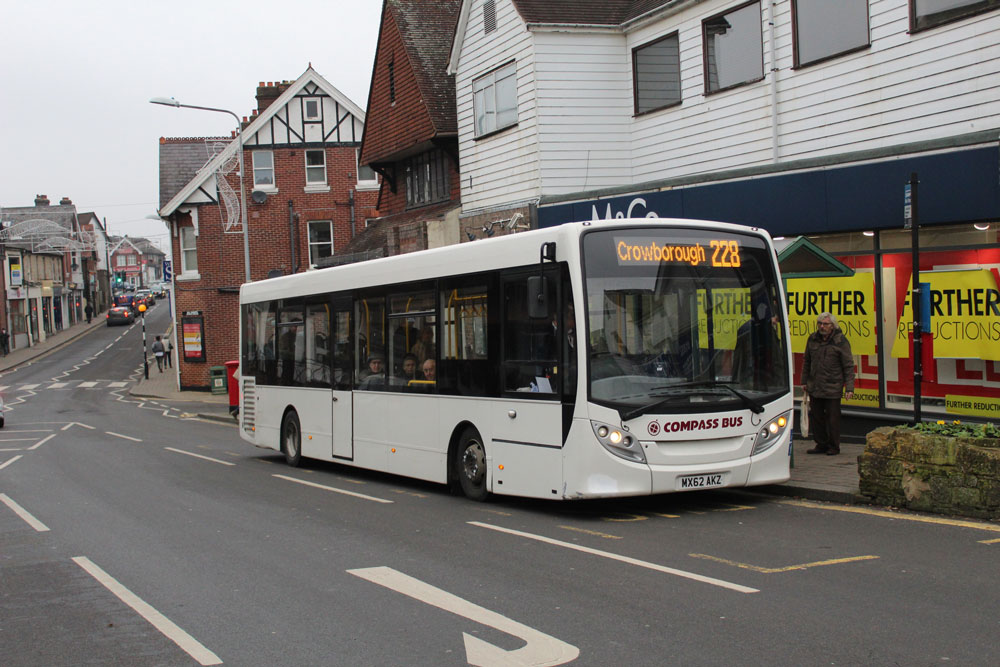 No firm decisions have been made yet, but companies which run a registered bus service must give notice to the local authority and the Traffic Commissioner if they want to make changes or cancel the service.

Compass are the third operator to have had a go at making the service from Alderbrook and Jarvis Brook viable, after both Seaford & District and Arriva handed back the route.

In July the bus company approached Crowborough Town Council to ask for a financial contribution of £10,000.  Councillors on the Environment Committee said they wanted to know how many passengers used to service and whether Rotherfield and Frant parish councils would contribute before considering making provision in the 2019/20 budget.

Compass have said since the timetable changes in September there has been a slight increase in patronage, however there is still a significant shortfall of income on the route.

Compass Travel will be making changes to the 228 and 229 services from 7th January as they are no longer financially viable in their current form, due to increased operating costs and falling passenger numbers.

However, we are finalising arrangements with the company and with Kent County Council to ensure some services on the 228 and 229 routes will continue to be provided by Compass from this date.

While the services will be less frequent than at present, they will continue to serve the current route around Crowborough and Jarvis Brook, as well as to and from Tunbridge Wells.  The journeys used mainly by Kent children attending school in Tunbridge Wells will also continue to be provided.

Details of the amended timetable will be made available by Compass Travel as soon as they are finalised.