A growing band of volunteers are trying to keep Crowborough “clean, green and litter free”. 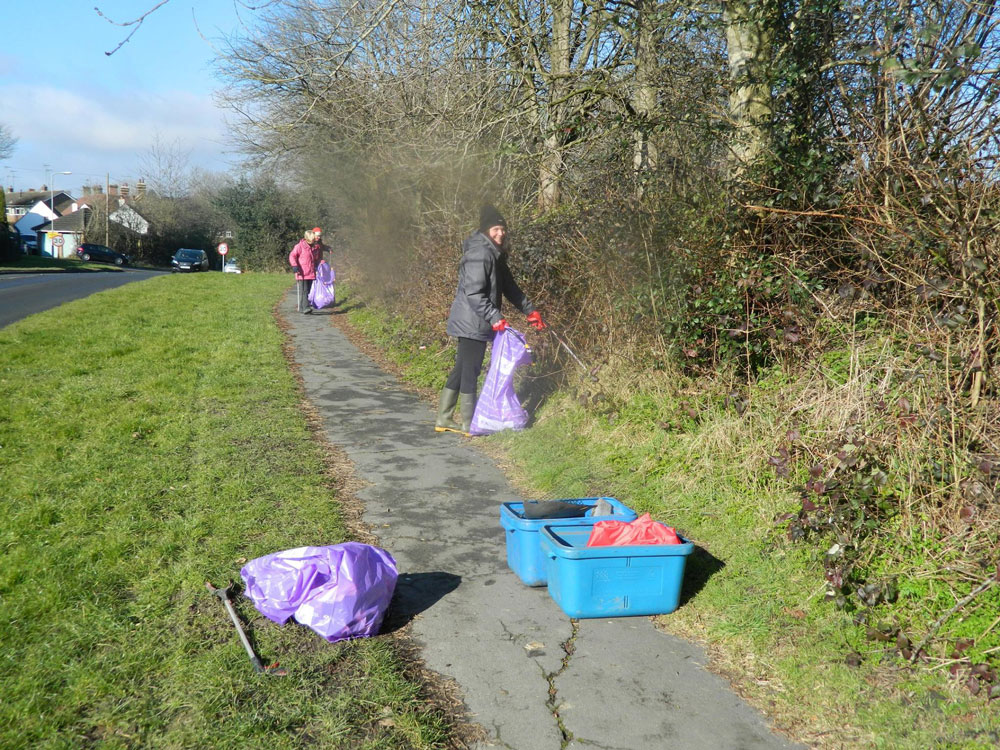 Earlier this year David Collumbell of Western Gardens started going-out on a Sunday morning for a couple of hours litter picking near his home in Jarvis Brook.  This weekend to tie in with the ‘Clean for The Queen’ he organised a litter pick starting at Tesco. 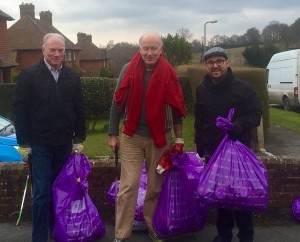 Wealden District Council were offering free kits, containing litter pickers, gloves and bag openers, to the first 10 groups to sign-up.  David saw ‘Clean for the Queen’ initiative as a way of getting his hands on some useful equipment to help him and the other volunteers to continue with their quest to make Crowborough a tidier place to live.

There was also a ‘Clean for the Queen’ event in Alderbook on Saturday, which was supported by Cllrs Philip Lunn, Richard Stogdon and Greg Rose.

Not knowing about last year’s Town Council-led I Care for Crowborough campaign, David took the name from the similar group that has been running in the neighbouring town of Uckfield since 2008.  As well as litter picking, BUC Up (Brighter Uckfield Campaign) also do some community gardening, weeding and planting bulbs on community land.

David explained his motivation to CrowboroughLife:

I was fed-up of seeing litter around jarvis Brook.  I get a real satisfaction seeing it clean. 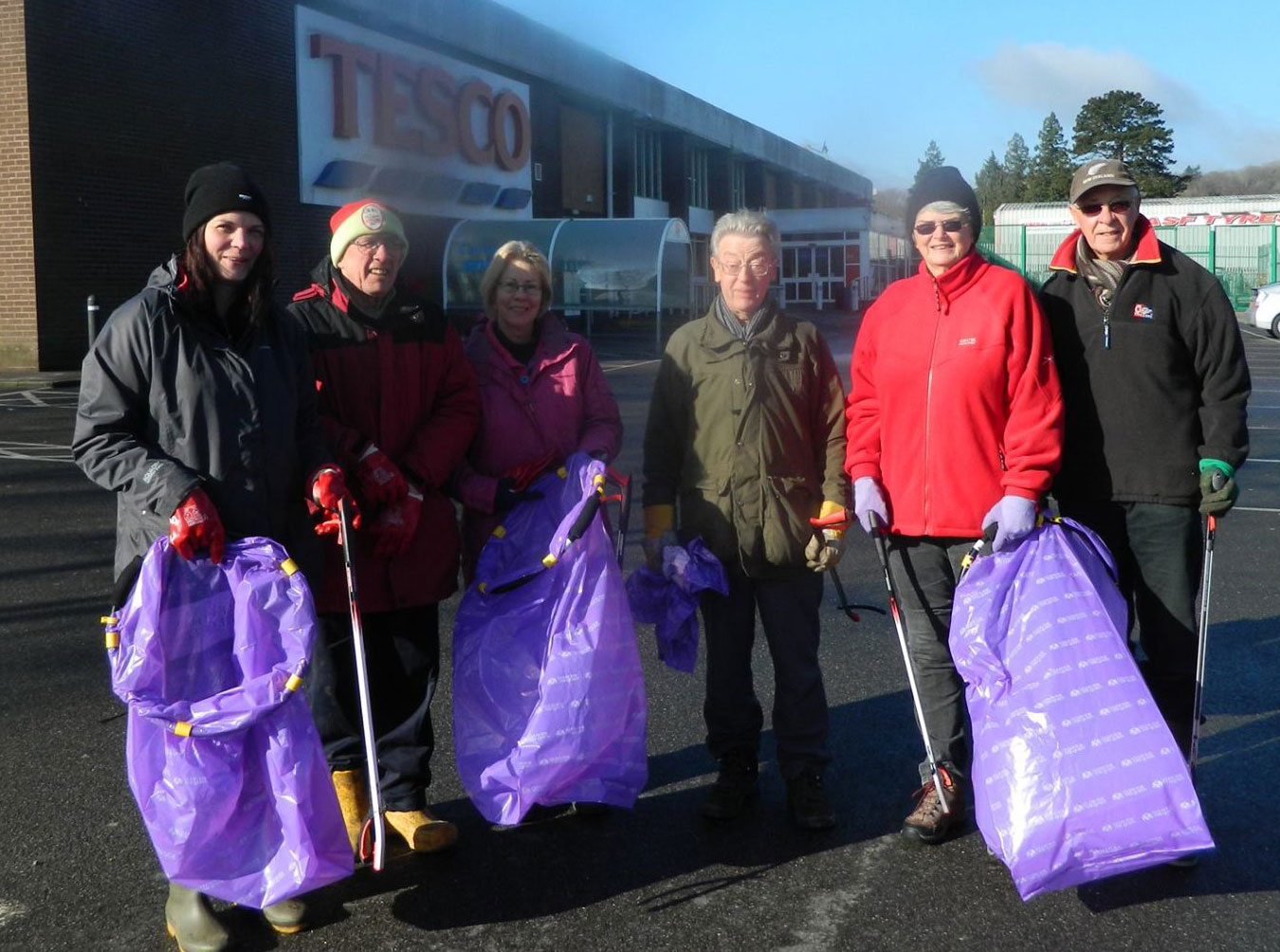 On the Group’s Facebook page, David thanked others for helping yesterday:

Many thanks to Jane Jeffery, Ian and Lyn Coates and the three others that came.  Cleared the streets of 17 bags of rubbish in total, plus 2 x scooters, 2 x saws, few road and trade signs and various other bits and bobs!  One group have cleared from Sybron Way to the Railway Bridge, including the worst part, down by the stream, the other group from Sybron Way, into Palesgate Lane as far as the Football Club.

Although David tends to arrange litter-picks for every other Sunday, he explained there is no reason others couldn’t borrow the equipment and go out at other times during the week.  David is also trying to get hold of some high-viz vests and wondered whether a local company might be willing to sponsor Brighter Crowborough.  Perhaps it might make sense for ‘Brighter Crowborough’ and ‘I Care for Crowborough’ to amalgamate.  For more information and to get involved see: www.facebook.com/Brighter-Crowborough 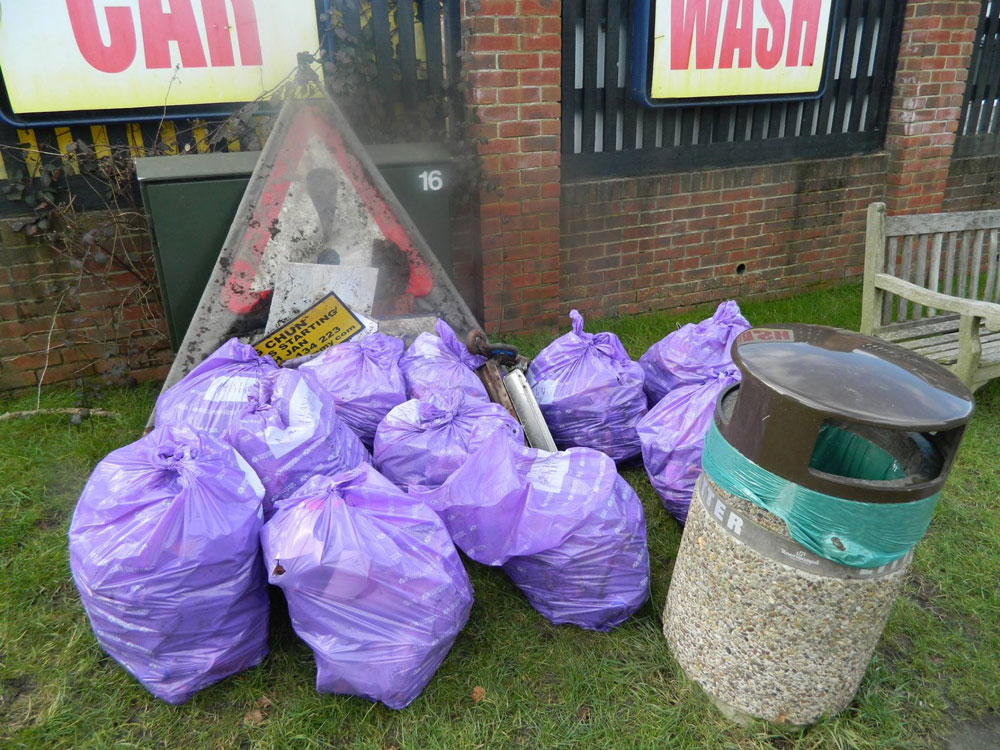