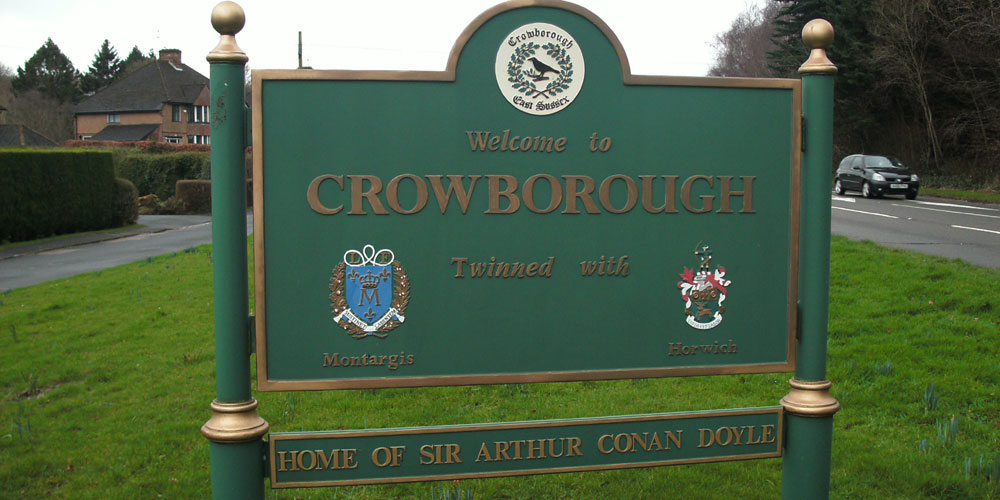 Just a couple of months ago it looked like the marriage between Crowborough and Horwich was heading toward divorce, however it now seem the two towns are giving the relationship one last try.

Crowborough’s Mayor Councillor and the Mayor of Horwich will be meeting-up next month to see how the twin towns might celebrate their Silver Anniversary.

On the 22nd March 1990, Crowborough and Horwich signed a charter linking the two towns, the first twinning agreement between two places in the UK.

In my inauguration speech as Mayor earlier this year in May, I said that I would work to improve our twinning link with Crowborough.  I have been doing exactly that and fostering good working relationships.

The Town Mayor of Crowborough has expressed his hope to visit Horwich, and I would be delighted to welcome him; I also wish to visit Crowborough as well and look forward to doing so during my Mayoral year.

But at a Crowborough Town Council meeting in September there were discussions whether the relationship with Horwich was worth continuing, as it appeared there had been no contact for a number of years.  Councillors felt the creation of a ‘Friends’ group, similar to the Society of the Friends of Montargis, would help promote and encourage the link, and an appeal for volunteers was placed in the Council’s Newsletter.  However, so far it seems there is little love for Horwich from the people of Crowborough, with only one person so far expressing interest.

Now the Mayor of Horwich has been invited to attend the Civic Carol Service at All Saints Church on 2nd December, and Councillor Ron Reed is attending Christmas celebrations at Horwich.  When they meet they will discuss how the towns might celebrate the 25th Anniversary and rekindle their relationship.

How much do you know about Horwich?  Take the Quick Quiz on Facebook.