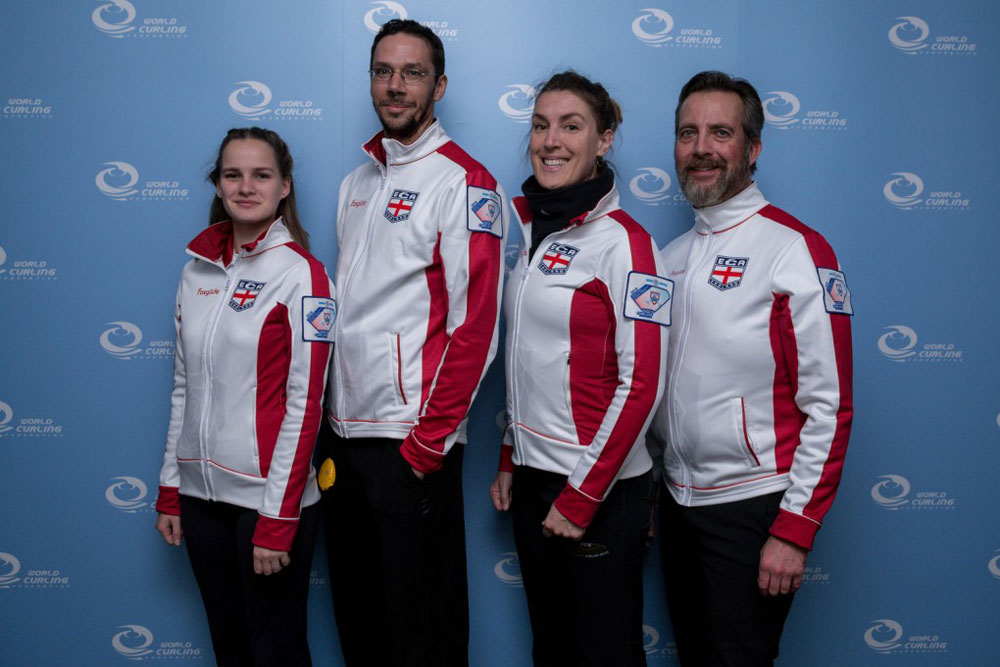 Sydney is on the left hand side

Sydney’s curling career began at Beacon Academy through their thriving curling club, which was founded in 2013 by Humanities teacher and England curling coach, Owen Rees.

I started curling in Year 8 after Mr Rees gave an assembly on the Beacon Curling Club.  I had seen it the year before in the Winter Olympics and I wanted to give it a try.  It’s a team sport, and so it’s fun to play with lots of other people. The curling community are really nice, everyone is really friendly.

Beacon Curling Club has mixed teams that regularly compete against each other and against other schools.  At the beginning of the school year, Year 7 students are invited to a taster day and can sign up to join the team. Taking advantage of the school’s close proximity to England’s only dedicated curling rink, Fenton’s Rink, team members practice weekly during the season and enjoy strong links with the England Curling Association. Their dedicated curling coach, Mr Rees, is coach for the England team, as well as a professional player and president of the local curling club.

Beacon Curling has grown tremendously in popularity and continues to progress from strength to strength. Curling is fantastically inclusive, promoting teamwork and allowing people of all ages and abilities to participate and excel.

Beacon celebrated a number of outstanding achievements last year, with Sydney and other players representing England at the World Junior B Curling Championships in Finland, a team winning the U21 Open Championship, and achieving 2nd, 3rd, 4th and 5th place at the National Schools Championships.

Mr Rees described this moment as the proudest in his curling coaching so far:

I’m immensely proud of Sydney; there is no greater stage to play on other than the Olympics.  She is going to be competing with the best players in the world.

England missed-out in their Group A round-robin match with Hong Kong.  You can following the results on the website: wmxcc2018.worldcurling.org.