Despite being the youngest competitors, Beacon Academy STEM Club students are celebrating after winning the Mid Sussex STEM Drone Challenge Competition at the South of England Showground. 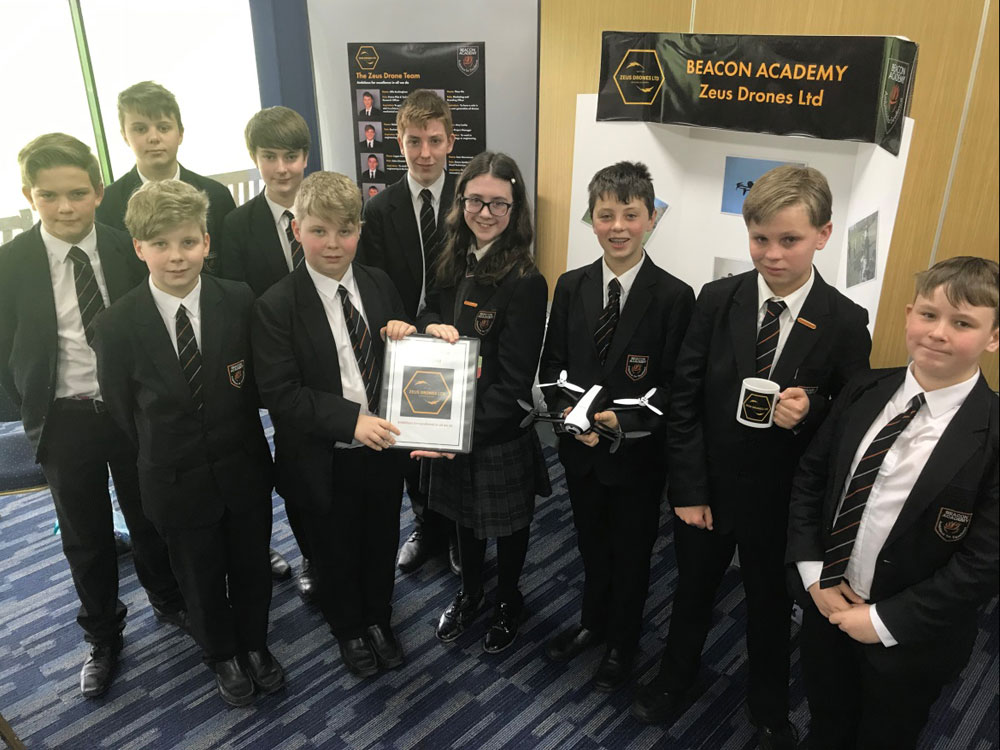 Working as a team, the students took on the challenge of building a business case to bring a drone to market for commercial use within a set budget of £500.  The drone had to be capable of flying for a minimum of 15 minutes and transmitting video footage from a range of 500m.  Each member of the team had a role to play, and the students were required to demonstrate their project management and presentation skills at a Dragon’s Den-style competition against students from Oathall Community College, St Paul’s Catholic College, Burgess Hill Academy and Downlands Community College.  Companies from the Haywards Heath Town Team’s Burrell Road Action Group, whose members include engineering and medical employers, worked with the schools and colleges, together with Engineering UK and STEM Sussex to monitor and support the students during the six months of preparation leading up to this exciting event.

Despite being the youngest competitors, the Year 8 and 9 Beacon Academy students impressed the judges with their calm, professional and confident presentation for Zeus Drones Ltd, a drone service to help farmers manage their livestock.

During the competition, the students completed four challenging tasks, which included demonstrating the capabilities of their drone in flight.  Flight testing above the showground could not be permitted due to the weather, and so took place in a large barn, open to the elements along one side.  Drone pilot, Alfie Buckingham, along with his spotter, Sam Stonestreet, were allocated 15 minutes to navigate an obstacle course, during which they were tasked with finding some car keys that had been placed out of sight on the opposite side of the building.

You can watch the drones in action on the Mid Sussex Times website.

It was truly nail-biting.  Drone etiquette as well as safety regulations require that no-one speaks to the pilot except the spotter, so it was eerily quiet, apart from the buzzing of the drone, whilst the boys completed their task.  This was an incredibly challenging course with the added difficulty of gusts of wind.  There were audible gasps as Alfie brought the drone in to touch down.  This was arguably the most difficult part of the task but Alfie’s skill and complete focus ensured a safe landing.  He and Sam received a huge round of applause – at this point we didn’t know that no-one had yet made it round the course in one piece.  Alfie was congratulated on his flying skills and offered employment as a police drone operator! 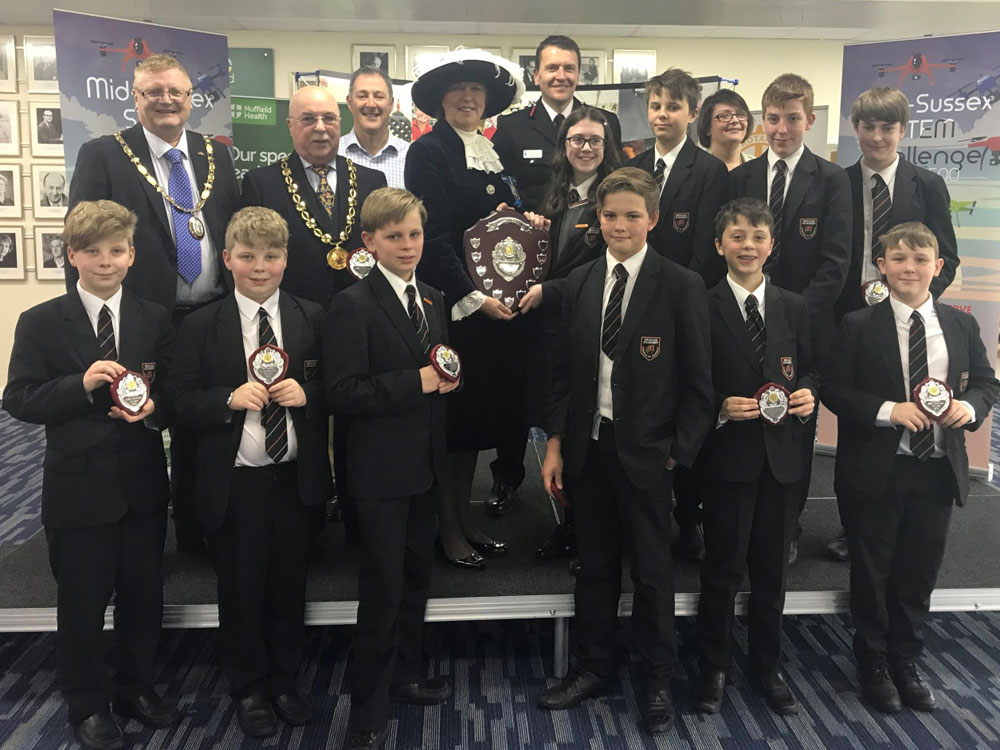 After giving their presentation to the judges and an audience of teachers, Headteachers, business leaders and other competitors, Beacon Academy and Downlands Community College were chosen as the finalists, and had to pitch their ideas and answer questions from a panel of five “Dragons”.  Beacon Academy impressed the panel with their enthusiasm and confidence, and were announced to be the overall winners for their vision for Zeus Drones Ltd.

This was a fantastic achievement and was richly deserved by a group of truly wonderful students. They have worked hard, overcome a plethora of problems and stayed focused over the past six months and I am so, so proud of every one of them.