Volunteers have begun the process of vaccinating badgers in East Sussex against bovine tuberculosis (TB).

This week members of the Sussex Badger Vaccination Project (SBVP) will set up the first traps at a location near Uckfield.

SBVP with funding from International Animal Rescue and the Southdowns Badger Group paid for the training of five Lay Vaccinators over the past 12 months and applied for and received its first licence from Natural England for cage trapping and badger vaccination this summer.

This is great news for Sussex’s badgers and cattle.  Bovine tuberculosis is a huge problem for farmers and this is such a positive way forward in the fight against it.   After doing some initial survey work earlier this year and working out the key target areas, we have been undertaking the pre-baiting by placing peanuts down, which helps us identify the best locations to trap and vaccinate on the land.

Trevor Weeks MBE, from East Sussex Wildlife Rescue & Ambulance Service which is helping to support the SBVP, is also the lead Lay Vaccinator for the project.  He said:

We already have the badgers used to taking the peanuts in a couple of areas and traps have being moved into place.  We leave the traps wired open for a while so they get used to entering the traps and don’t see them as a threat and already some badgers have entered several of the open traps looking for peanuts.

The land we are working on is not very active, but used more as a foraging site, although there are a few small setts, which are active.

Depending on weather and other environmental factors SBVP say they will be looking at setting the traps and catching the badgers within the next 10 days at their first site.

It is good news that we now have four sites in East Sussex where the landowners have asked us to vaccinate badgers and we really appreciate them for taking this initiative.  Because of the sensitive nature of the badger, cattle and TB issue the Sussex Badger Vaccination Project are treating the locations in the strictest confidence and only showing photos, video footage, or disclosing the location details with the landowner’s express permission. 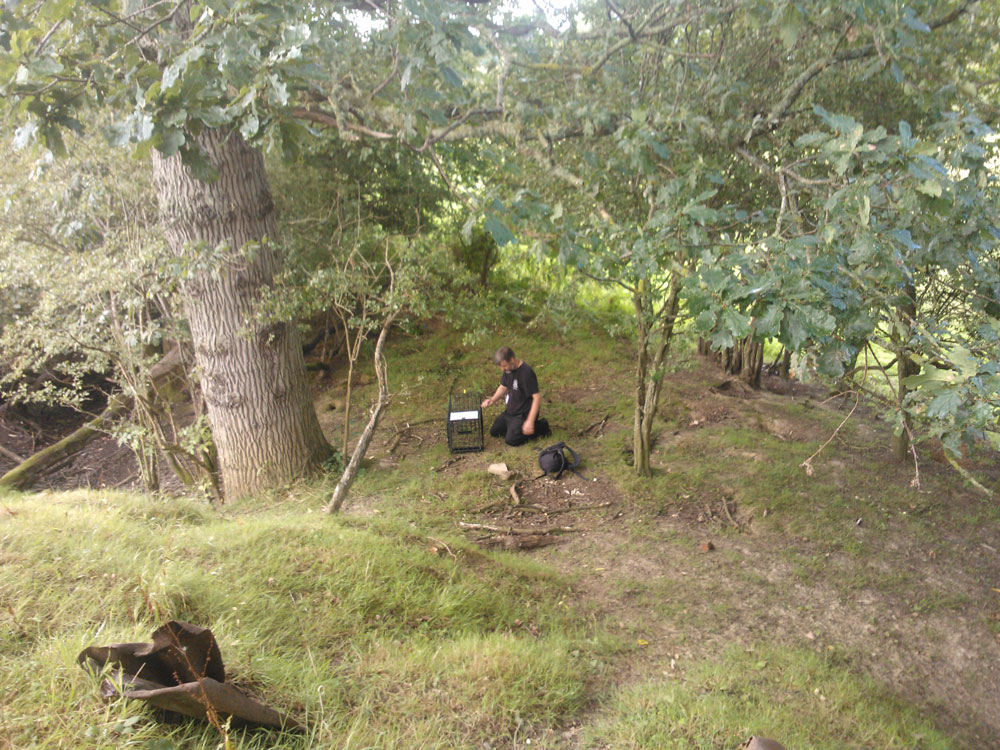 Sussex Badger Vaccination Project is manned by volunteers and as such is currently able to vaccinate badgers for around £25 per badger caught keeping the cost to the landowner as low as possible.  SBVP is only able to do this thanks to fundraising and generous donations from the public.  SBVP is currently seeking additional funding so the project can be expanded and a larger area covered over the next five years.  They are also keen to hear from other cattle farmers who might be interested in having badgers on their land vaccinated from 2015.