Cllr Rose submitted a letter asking for more time and effort to be given to finding a retailer to use the existing shop.  Cllrs Towey and Isted both spoke in favour of use for the community associations.  See webcast (starts 13:02).

Planning permission is being sought to convert the ground floor of Alderbrook Stores into a temporary base for the Wealden Residents Action Group (WRAG). 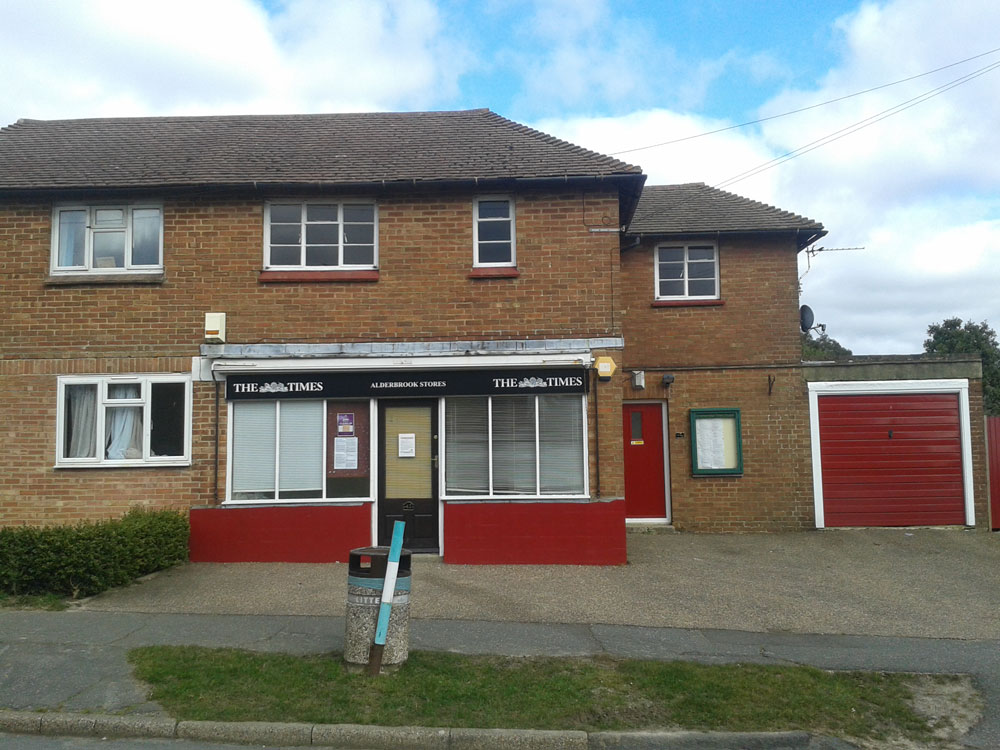 The statement submitted with the planning application states that the Convenience Store has been closed for some time with rent arrears and the lease was terminated in September 2015.  There has been no interest expressed in running the shop as a retail businesses.  Local Councillors and the residents association approached the Council to see whether it could be used as a drop-in centre for the community.

WRAG represents council tenants and Community Associations in the Wealden district.   Wealden District Council say the building will be used until a permanent location for the Resource Centre can be found.

The Alderbrook Community Association will also be making use of the ground floor for their activities, and if possible they would like to be able to run drop-in sessions for residents from other organisations, such as the Wealden Citizens Advice and the Neighbourhood Policing Team.

The first floor will be converted into a one bedroom flat to be let via Housing Register.