Following a Court of Appeal decision, Wealden District Council has been forced to drop its 7km protection zone, but developers must still prove plans will not damage the Forest before they are given the go ahead. 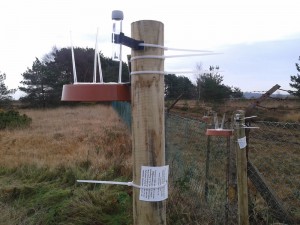 The 7km protection zone was established in order to protect the rare heathland on the Forest from damage, particularly caused by the effects of nitrogen pollution from car exhaust pipes.

Following the judgement last month, Wealden has decided to drop the 7km zone and remove the requirement for alternative recreational areas (known as SANGS Suitable Alternative Natural Green Spaces) from its Core Strategy Local Plan.  A SANGS is being provided by Rydon Homes adjacant to their development off Walshes Road in Crowborough.

This disappointing Court of Appeal decision is on a technical legal point.  The Judge has not said that the policy is incorrect, rather that we had not explicitly considered the alternatives.

All planning applications will continue to be subject to the Habitat Regulations which protect the Ashdown Forest Special Protection Area.  The 7km policy has provided guidance which we have now had to remove.

In practical terms the appeal outcome will mean that applicants will still have to prove, to the satisfaction of the Council, that their development will not be causing damage to the Forest.

On the advice of experts including Natural England, Wealden District Council (WDC) proposed a 7km protection zone as part of their Local Plan.  The Local Plan was widely consulted on and was endorsed by an independent Planning Inspector, before being adopted by the Council in November 2012.  The Core Strategy Local Plan sets-out the guiding principles used to determine growth in Wealden until 2027.

A consortium of landowners has been fighting the legality of Core Strategy Local Plan.   They believe that an allocation of sites for 4,070 new homes was not enough to meet the needs of the area, and that the figure should be closer to the 11,000 contained in the former South East Plan.

Last year a High Court judge dismissed the challenge brought by the group, known as Ashdown Forest Economic Development LLP, but judge Lord Justice Lewison revived the group’s hopes when he allowed them to take one aspect of their case to the Court of Appeal.

At a hearing last month, three Court of Appeal judges found that the Wealden District Council had not taken reasonable steps to properly assessed alternatives to the 7km zone. Anthony Weston, a partner at CLM a rural business consultancy in Hartfield, issued this statement on behalf of Ashdown Forest Economic Development LLP:

The Court of Appeal found that reasonable alternatives to a 7km zone were not properly assessed in the Wealden Core Strategy ; we are therefore pleased that our challenge on these grounds has been up held by the court and the policy in relation to the 7km zone has been quashed.

As long-term residents of north Wealden we have always recognised the importance and sensitivity of Ashdown Forest which will continue to be protected through its statutory designations. We hope that the quashing of the 7km zone policy will enable suitable economic development to be brought forward in the area so that visitors and residents alike can enjoy the natural beauty of the Forest.

In May the Wealden District Council voted to withdraw another element of its Local Plan rather than being “bogged down” in changes suggested by a Planning Inspector.  Mr Mike Fox, an independent Planning Inspector reviewing the ‘soundness’ of the Strategic Sites document proposed a number of modifications, including cutting the number of homes allocated to the Pine Grove site in Crowborough.  The Council said making arbitrary changes, as proposed by the Inspector, would require extensive assessments which would be both expensive and time-consuming. 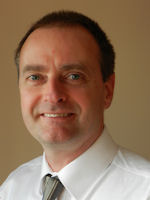 The decision by the court is an interesting development in the rather convoluted saga of WDC’s Ashdown Forest Habitats Directive.  The Chamber has been campaigning against the policy for a number of years having gathered significant evidence of the negative impact it is having on business in the area.  In fact the previous Portfolio Holder, Cllr Roy Galley, in a meeting some time ago openly admitted that the policy was having unforeseen results blocking applications which should have been approved.

Although it is just the 7km zone that has been temporarily removed, and the main aspects of the policy remain in place, it is hoped that the Council will take the opportunity to re-evaluate their whole approach and listen more carefully to the concerns of the business community it is effecting.

There is evidence that new residential development has been prevented because of the unavailability of SANGS Suitable Alternative Natural Green Spaces.  These alternative green spaces, provided adjacent to new developments, are supposed to provide an alternative recreational area to discourage people travelling to Special Protection Areas such as the Ashdown Forest. Natural England, the government’s advisory body on ecological matters, own stance seems to have changed.  In a letter of 15th April 2013, refered to in Court of Appeal’s decision, Natural England stated:

We are aware that the current approach is a matter of concern, and that the SANGS requirement in particular is seen by developers as an obstacle to housing delivery.  Our expectation is that a combination of different measures would be most effective in protecting the forest from the effects of an increase in recreational disturbance but we are mindful that reliance on SANGS for this does present a risk of delay in putting in place a scheme which would stream line the granting of planning permission for housing.  In order to avoid such a delay, our advice is that a strategic scheme of avoidance and mitigation measures can be put in place, in a phased approach, so that at no point is it necessary to refuse planning permission on strategic (non case specific) grounds relating to recreational disturbance on the SPA and SAC [Special Protection Areas and Special Areas of Conservation].

Our understanding is that in the next two to three years, approximately about 800 houses are likely to come forward in your two authority areas and figures have been provided to indicate that this will increase visitor numbers on the forest by about 1.7% ….

In order to ensure that we are aware of the options to safeguard the SPA and SAC which will be least burdensome to developers, we have explored with the Conservators of Ashdown Forest their views on access management and monitoring.  They have indicated to us that in principle they would be willing to take on additional resources, as part of a broader programme of measures, to increase the level of monitoring and wardening on the forest.  Our advice is that this could be made sufficient to address at least the potential increase in visitor numbers on the scale indicated above ….

Early implementation of a scheme for increased monitoring and wardening would not only have benefit itself in enabling development to proceed, but with the monitoring built in, it should also provide information to inform the balance of measures put in place over the longer term. This would help to ensure their effectiveness in safeguarding the SPA and SAC, at lowest cost to development.

Neighbouring authority Mid-Sussex District Council, also adjoining the Ashdown Forest, has taken a slightly different approach.  Since 1st January they have been asking developers to make a financial contribution for every house built within 7km’s.  This money will go towards new recreational space (SANGS) at East Court and Ashplats Wood in East Grinstead, as well as visitor management projects.

What are the implications for planning application and the pending Steel Cross Appeal? 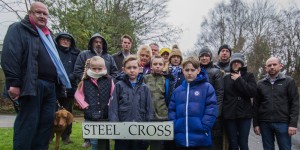 Knight Developments in Essex want to build 100 houses at Steel Cross in Crowborough, on land between Palesgate Lane and the Rugby Club.  Their application was refused by the Councillors on the Planning Committee primarily because of damage to the natural environment, although concerns were also expressed about traffic and the lack of sustainable transport.  But the developers appealed the decision and the matter was considered at a public hearing earlier this year.  The site lies in the High Weald AONB and was within 7km the Ashdown Forest protection zone.  As part of the housing development over 20 acres public open space including woodland, play areas and footpaths would be provided to protect the Ashdown Forest from the effects of recreational pressure from new residents.  A decision from the Planning Inspector David Nicholson on the outcome of the appeal was expected imminently.   A spokesperson for the Planning Inspectorate have said “the Inspector is aware of the appeal court judgement and is considering its implications with regard to the appeal.”  It is not know at this stage whether or not Mr Nicholson might re-open the appeal to give Knight Developments the opportunity to respond to Wealden District Council’s decision to withdraw the 7km Ashdown Forest protection zone.

It is understood people who have previously had planning application rejected because of the 7km zone will have to re-apply, as the Court of Appeal judgement does not apply retrospectively.  The Council have said they hope to produce guidelines to help applicants whose proposal may affect the Ashdown Forest by next week.  Each application will still have to be assessed individually, and applicants will be required to provide relevant information in order for the Council to undertake an appropriate assessment as to whether measures can be applied to mitigate the impact on the Forest.

Have Your Say – Add your comments below or join the conversation on Facebook.